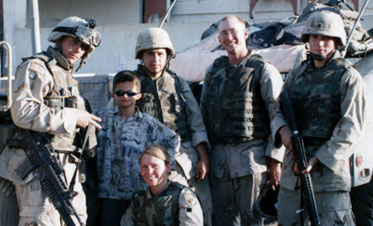 One of my favorite Christmas songs is a relatively unknown ballad by Jackson Browne, titled “The Rebel Jesus.” This song fairly accurately depicts my feelings about the holiday season.Take a listen.

Although I’m a spring and summer person, the holiday season does make me turn my attention to family and friends. And, for those of us in EMS, the holiday season should serve as a reminder that the most important things in our lives are family and friends. It’s easy to fall into the EMS trap. That is, by nature, EMS can consume your entire being. Some people end up living EMS 24 hours a day, seven days a week. Such a situation is poisonous. These people soon burn out and leave the business (or get sick).

You have to put your friends and family first. They were with you before this thing called EMS and will be with you afterward. I missed almost seven years of my children’s lives because of the demands of medical school and residency. Only later did I learn that this harmed me as much as it did them. Fortunately, I soon found a balance between work and home. Granted, I’m far from perfect in this endeavor, but I try.

When you’re at work, always make sure to take time and check in at home (whatever home may be for you). We in EMS are controlling creatures — it is the nature of the beast. And what we controlling people need most is information. Checking in with your family gives you peace of mind (information). I can’t count the number of times, either in my career as a paramedic or as an emergency physician, that I’ve heard ambulances dispatched to some horrible wreck that was near where we lived and I immediately called my wife. When she would ask why I called I’d just explain that I was checking in. But, in reality, I needed to know that my family was OK — I needed information.

My wife and I never felt more out of control than when my son was a soldier in Iraq. He joined the army after Sept. 11, 2001, and was assigned to Psychological Operations (PSYOP) at Fort Bragg, N.C. After we saw him at graduation from basic training at Fort Benning, Ga., we didn’t hear from him for months when he was at Fort Bragg. My wife was extremely worried. Finally, I called a friend who was a one-star general, and he personally checked on our son. (This episode caused our son a great deal of grief and teasing in his program at Fort Bragg — but that’s another story.)

Soon, our son’s Special Forces unit was assigned to the Fourth Infantry and he was sent to the Middle East before the Iraq war. We’d occasionally get brief satellite phone calls about every six weeks and that was it. Then, the invasion began. Our televisions were on Fox News and similar programs 24 hours a day. We worried. We’d get letters but primarily they were brief and requested things he needed that the army didn’t provide (graphite for M16 rifles, baby wipes for bathing, canned food).

As the war progressed, we’d see news snippets about American soldiers killed. Then we’d watch the news nervously to learn where soldiers had been killed or what unit they were with. When we learned that the fallen soldiers were from a different unit than our son, we were relieved. Then, we were immediately saddened because somewhere in this great land, other parents were grieving. This was a very difficult time for us. Fortunately, our son made it home from Iraq, although he had some tough times transitioning back to life in the U.S. He got back in school, earned a degree with honors and is attending law school. He’s now married and expecting (our third grandchild but first granddaughter). We’ve indeed been fortunate.

And then there are friends. If you’re like me, you have friends from different arenas: school, EMS, business and fishing. But I’ve had the honor and unfortunate duty of delivering eulogies for four of my EMS friends (including one who was the best man at my wedding in 1978) over the past few years. These are among the toughest things I’ve ever done. After each funeral we all get together again and remember the old days. It was almost as if we’d seen each other a few days before, but the actual time intervals were measured in years and not days. A common lament was the fact that we were all getting older and needed to get together more (which was a major impetus for EMStock). We all left these funeral reunions with an earnest desire to reconnect. But we were soon back in our routines, and the reunions kept getting pushed further down the to-do list.

So, as we enter the final month of 2009 and the holiday season, be sure to remember and reconnect with your friends and family. Eventually, at some point in your life, EMS will be nothing but a disappearing image in your rearview mirror. All that will be left will be your family and friends. Take time for them now. If you don’t, you will regret it later.

And as the song “The Rebel Jesus,” suggests, try and do something for the less fortunate — not just in December — but throughout the year. To me, the holiday season is more about getting your priorities straight than religious ceremonies, plastic Christmas trees, and gifts nobody really wants. As the year 2009 comes to an end, may the god of your choice bless you. And, for 2010, let’s all strive to make it a better year than the last and perhaps, one day, there will truly be peace on earth and good will among men.