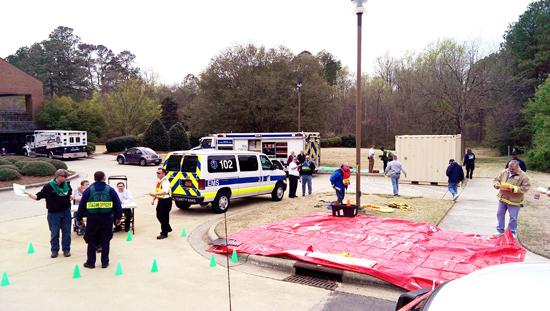 As a young inquisitive boy, I remember sitting in my dad’s car at a railroad crossing watching a freight train go by for what seemed to be an eternity, asking how long we had to wait for it to pass. I was puzzled by his response that, because of the number of engines pulling the train, it would be a while.

This popped into my mind as I sat in a Wake County (N.C.) EMS (WCEMS) employee meeting at the end of a four-day visit. I got a good idea of what makes this internationally-recognized system tick and why it’s looked upon as one of the most respected and watched EMS systems. It was clear to me I was watching a massive EMS train being pulled by some powerful people.

Teaching my two-day workshop on mass casualty incident (MCI) management processes to key people from WCEMS and multiple other progressive agencies from that region was a particularly challenging task for me because I knew WCEMS was very science-driven and has just about everything preplanned and committed to algorithms, protocols, processes, flow charts and task cards. But my approach to MCI scene management is different, relying on critical and alternative thinking, repetitive practice and educated adaptation on the fly, when there’s little time to make key decisions. Therefore, I was impressed at how receptive the WCEMS chiefs and managers were and how they accepted my approach.

One approach I use relates to the transportation group and the way tagged patients are re-triaged, assigned to hospital and transport units, radioed to receiving hospitals and tracked at the scene. When the class began its outdoor exercises, staff brought in the WCEMS major operations support vehicle to accomplish the drill. They adapted to my process without question, trusting my approach.

But, it was at a WCEMS staff meeting that I realized openness, staff involvement and trust are key aspects of this successful system. I was honored to be asked to address the staff, and told them they’re lucky to have the unique leadership of Brent Myers, MD, who serves not only as medical director, but also as system director. Few systems have such an arrangement and I wanted the staff to be aware of what this management setup brings to an EMS agency: a science-driven system.

Behind the Curtain
In his dual role, Myers, one of the most respected and recognized medical and EMS system innovators I’ve ever met, is responsible for overseeing all clinical aspects of the system including protocols, certified personnel, continuing education and dispatch.

He’s an individual who never forgot his roots in EMS. He began his emergency medicine career as a 16-year-old ED tech at Wilkes Regional Medical Center in North Wilkesboro, N.C. His passion for EMS began during interactions with EMTs and paramedics who would encourage him to complete his own EMT education, which he did during his freshman year at University of North Carolina at Chapel Hill. For the next three years he served as an EMT and crew chief for the Orange County Rescue Squad in Hillsborough, N.C. 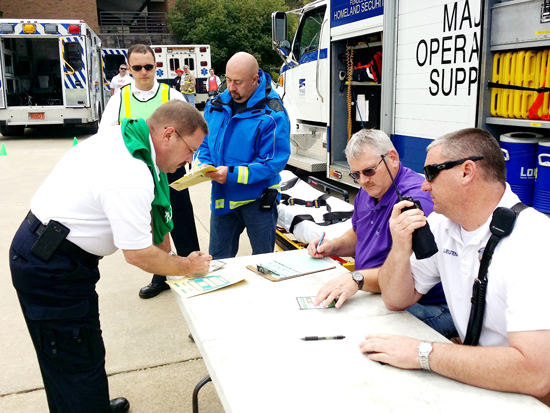 After completing medical school at the Wake Forest University School of Medicine and an emergency medicine residency at Carolinas Medical Center, he became the first EMS fellow at the UNC School of Medicine. He assumed the role of medical director of the WCEMS system in 2002 and became director of the EMS department in 2008. The Wake County system is a multifaceted service delivery system that not only responded to more than 84,000 requests for service in 2013, but also offered the earliest versions of community practice paramedicine in the United States–delivered by what Myers calls advanced practice paramedics.

His enthusiasm for the delivery of high-quality care is palpable, and his management team and entire staff exude the same enthusiasm and progressive attitude. They know and accept that data drives decisions in their system and know they’re all highly respected.

Leading Leaders
I’ve known Deputy Director Joe Zalkin for many years and have watched and appreciated his easy-going yet firm management style. And it’s clear he and the other managers trust and respect Myers, and they’re respected in return. Myers delegates important operational and clinical tasks to them because he trusts them.

But, most importantly, sitting through their very open staff meeting and my ride-alongs with other managers proved the entire staff trusts and reflects its management team.

During his portion of the staff meeting, Myers reviewed changes and implementation plans for clinical and operational procedures, including solid reasons for each of them. He showed a command for operational aspects like deployment strategies, station upgrades, and operational statistics such as system unit hour utilization that I’d never heard from a system medical director before.

He stressed that these concepts constitute the three “Rs” of their system: Response for emergencies, redirection and patient navigation for those with unscheduled health care needs, and reduction of illness and injury for those with chronic health problems. 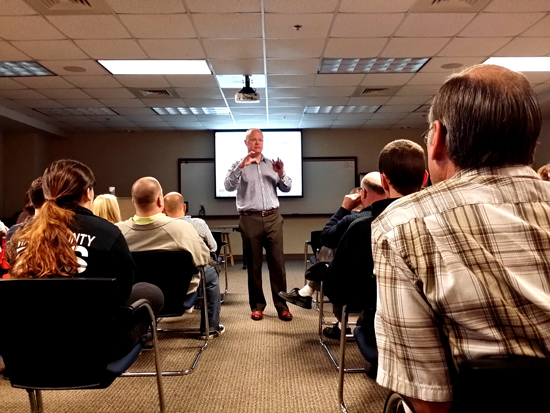 He also informed the crews he was expanding their already legendary practice of transparency to include more data and explanation of their department budget, billing practices and rational by placing it all online for residents to access and understand. (See the WCEMS fee structure, how bills are determined and average out-of-pocket costs for patients at www.wakegov.com/ems/patient/Pages/feeandpatientcost.aspx.)

While this was impressive, the remaining portions of the staff meeting were equally so. I listened as Myers, Zalkin and other administrative staff members fielded questions and answered them all in a frank and rational manner. Every question was equally important to them, and if there was an area Myers disagreed with, he told them outright, “We’re not going to do that!”

The meeting concluded with Myers and Zalkin asking the staff to vote with handheld devices on which new uniforms to purchase. The results were automatically tabulated, allowing decisions like wearing short-sleeved polo shirts with matching long-sleeved Under Armor to be determined right there in the meeting.

EMT Denise Cora reflected on her job at WCEMS, saying, “I can attest I work for the best EMS system there is. Each day, we change lives. We’re so lucky here to have such a great relationship with our fire and law enforcement brothers and sisters. I don’t think people realize just how rare that is. Someday, I hope to be able to say we’ve become as close to perfect as a public service agency can be. I have no doubt we have that ability.”

Conclusion
The meeting was a true illustration of what can be accomplished if staff and management trust and respect one another. It revealed why Myers and the entire WCEMS system are able to innovate and progress in harmonium–they’re the engines that lead the train. The people in that room were truly happy going to work every day and satisfied their leaders had their best interests, as well as the best interests of their patients in mind.

It was an example I wish all systems could follow.