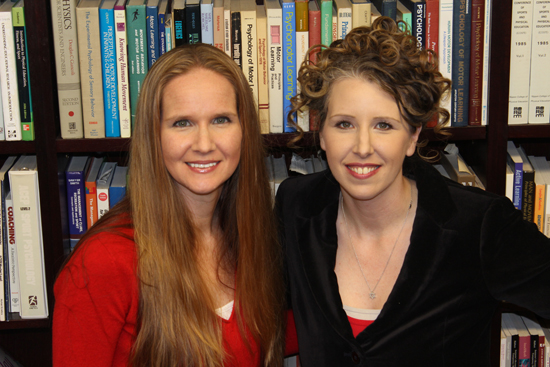 Each fall in North Carolina, dozens of students, researchers and EMS providers come together for an intense, two-day summit to parse through publicly available state EMS data, studying trends and developments woven invisibly through the world of EMS.

Bringing together pre-medicine and paramedic undergraduate students from Western Carolina University, in Cullowhee, N.C., and North Carolina State University (NC State), in Raleigh, N.C., and EMS providers from all across the state, the annual Foundation for Prehospital Medicine Research summit, a prelude to the North Carolina EMToday Conference, allows undergraduates throughout the state to gain invaluable clinical research experience alongside reputable research professors, EMS providers and biostatisticians, analyzing EMS data and crafting research many will publish prior to graduation.

Renkiewicz and Houston have been working together for the past decade, since their days at Durham County EMS as paramedics, where others in the department dubbed them “The Broad Squad” because they were the sole two-female crew. A job both physically and mentally demanding, Houston said the experience overlapped considerably with their eventual research-oriented pursuits.

“If you think about it, with every patient we encounter, we’re doing some sort of research assessment,” Houston said. “We’re investigating all the possibilities and answering all the questions. “˜Do we think this is going on? Do we think that is going on?’ So in some ways it’s kind of a seamless transition since we’re very curious by nature.”

Soon both began to migrate from the field to the classroom. They taught emergency medicine courses together at Duke University, in Durham, N.C., part time before splitting to become EMS program directors at two North Carolina community colleges.

In 2013, Renkiewicz was hired at NC State to lead the school’s emergency medicine program. After a couple years, she was able to hire someone to oversee the program’s clinical management, which made for an easy hiring choice if there ever was one.

“Now we get to fight together–we get our own little army instead of it being an army of one,” Renkiewicz said of the two pushing for innovative student programs. “So I couldn’t think of a better person to help me build a cutting-edge paramedic program.”

Renkiewicz and Houston both say that they take considerably different approaches to the classroom, which is part of what makes their partnership dynamic and effective. Dating back to their paramedic days, Renkiewicz has always preferred the more theoretical side of emergency medicine, while Houston has been the more action-oriented of the two. Houston says this has only aided in their NC State curriculum.

“That’s where she and I divide and conquer,” Houston said. “Because [Renkiewicz] likes policies and administrative things, and I like the clinical coordinating and getting students on the ambulance and have them actually say, “˜Oh, this is what learning feels like,’ to quote a current paramedic student.”

“And it’s not that I don’t appreciate clinical, or that I don’t understand its value; I just don’t personally want to be that person,” Renkiewicz said. “I would much rather write the student handbook, which Sara would hate to do. So our system is, “˜I’ll go do my piece, you do your piece.'” 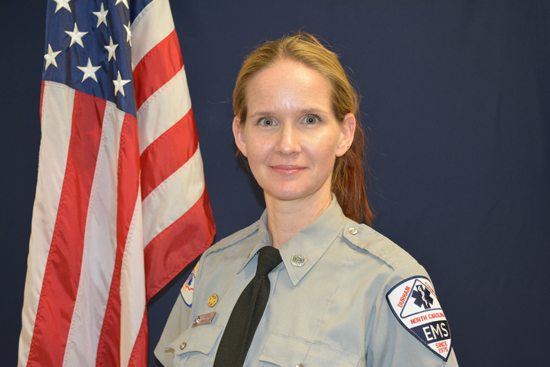 Although Renkiewicz and Houston have made impressive strides in the classroom at NC State–expanding the school’s EMS elective offerings and edging closer to the adoption of an undergraduate EMS degree–their most visible and perhaps most impactful achievement has been driving multitudes of students throughout the state to pursue data-driven emergency medicine research.

In 2012, when Houston and Renkiewicz were still community college program directors, Houston convinced Renkiewicz to take a break in her graduate study schedule to join her for the North Carolina EMToday Conference. There, the two had their lightbulb moment that they could bring education and research together to get students involved in a data-driven, analytical approach to studying EMS.

Renkiewicz and Houston weren’t going it alone, however. They were aided by their graduate studies advisor, Michael Hubble, PhD, MBA, NREMT-P, a Western Carolina University professor skilled in crunching and cleaning data, along with professors, researchers and biostatisticians from other colleges and universities from the region. As a result, Renkiewicz and Houston decided to create an umbrella organization for their research initiative that would allow all the schools, professors and stakeholders to participate equally. The result was the Foundation for Prehospital Medicine Research (FPMR).

They envisioned a research summit leading into the North Carolina EMToday Conference, one where students could work closely with researchers and professionals to get real, hands-on experience of what EMS research is like. While the annual conference allows for intense collaboration among Houston, Renkiewicz and the other researchers, Houston says that their respective teaching positions, research and geography keep them apart for much of the year. Reuniting year after year with the likeminded individuals in FPMR is just another benefit of the annual summit.

“I would love to say, yes, every weekend or every month we do great things, but alas, no. We all juggle chainsaws in our own little microcosms until we come together and put our chainsaws down for a weekend,” Houston said.

The summit continues to flourish, as it’s produced over 20 published abstracts, five papers published in Prehospital Emergency Care and half a dozen research awards at the Prehospital Care Research Forum. The applicant pool, which is narrowed down to about two-dozen participants, grows more competitive each year. Renkiewicz said that in addition to providing an impressive line on resumes, participating in this level of research provides students with something more intangible too.

“Publishing or participating in research has much more intrinsic value for [students] as well, because they get to be a part of something that contributes to the profession that they have chosen to be a part of,” Renkiewicz said. “It makes them a part of our brotherhood. It teaches them responsibility, deadlines, structure and procedure, which in their own right are significant components of what we do as EMS professionals.”

Still, working alongside seasoned researchers and biostatisticians can be an intimidating prospect for many uninitiated undergraduates. Renkiewicz and Houston say that getting students over the stigma that EMS research is a brain-numbing calculus exercise is part of the role they play.

“I think most people find when they experience our research summit, they realize that “˜research’ isn’t a dirty word or a scary thing; it’s actually very fun,” Houston said.

This research has allowed them to travel across the country to present it, exploring problems related to everything from the difference each second makes in cardiac resuscitation to pain management of trauma burns. Houston’s final research project for her MHS at Western Carolina University is currently underway, while Renkiewicz is halfway through her PhD program at Rush University in Chicago. For them, research is what drives EMS forward, and they hope more and more EMS professionals and providers will recognize that contributing is always possible.

“One of the features of a profession is contributing to a body of research for that profession,” Renkiewicz said. “And as more and more providers get involved, the paradigm of the profession starts to shift from that dreaded “We’ve always done it this way” to an evidence-based approach. Research sounds scary–it isn’t, really. Any EMS provider can participate or contribute to the types of events we’re putting together.”

With the Broad Squad’s momentum and their contagious passion for EMS research, continuing the paradigm shift toward a more evidence-based approach to North Carolina EMS appears inevitable.