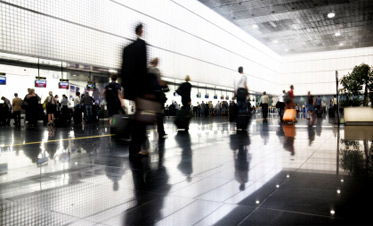 I have a love-hate relationship with traveling. I like to get out and visit new places and meet new people, but I hate the process of traveling. Last year, I logged almost 100,000 miles in airline travel. I can’t count the number of times I’ve been delayed at O’Hare Airport in Chicago because of weather. Even recently, while flying to Las Vegas for my clinical and teaching work, I spent an extra two hours on the plane in Dallas/Fort Worth because of weather and a flight crew who didn’t show up for some reason. It can be a frustrating experience. But some things make it worthwhile.

A couple of months ago I received an unsolicited e-mail inviting me to give the keynote talk at a paramedic graduation ceremony at Cowley College in Arkansas City, Kansas. I wasn’t sure where Arkansas City was, so I looked it up on Google and saw it was just north of the Oklahoma/Kansas border. My schedule was open on the date requested and, since my daughter lives in Oklahoma, I decided to accept the invitation. After several brief e-mail exchanges with the program director, Chris Cannon, the event was finalized.

The day of the event, I flew into Tulsa, rented a car and drove the 100 miles to Arkansas City. (I later learned it would have been better to fly into Wichita — but you live and learn.) The drive took me across the northern plains of Oklahoma and through several Native-American reservations (and their collective tobacco stores and casinos). When I arrived in Arkansas City, I found it to be a pleasant and clean community with a refurbished downtown. Cowley College, although a community college by definition, had an expansive campus with several historic buildings and a significant number of student dormitories.

I met up with Chris and learned about his program. I was impressed. Kansas, as a state, has always had high standards for EMS. They have a state EMS board that regulates EMS in the state instead of delegating EMS regulation to an unrelated state agency. Paramedics in Kansas are called Mobile Intensive Care Technicians (MICTs). All MICTs in Kansas must hold an associate’s degree in EMS. The 11 graduates of the Cowley College paramedic program were receiving associate’s degrees along with their MICT certification.

The Cowley paramedic program is the principal health professions program offered by the college and has the full support of the administration (even Executive VicePresident for Business Services Tony Crouch attended the graduation and dinner). In fact, the past EMS program director, Slade Griffiths, is now the vice president of academic affairs for the college. I found the students to be well-educated and highly motivated. Although many of the graduates will work in the Wichita area, most will serve rural Kansas. I’ve always said that one of the fundamental problems in EMS is that we fail to recognize that prehospital care needs to be more sophisticated the further you get from a hospital or a major city. Kansas seems to have embraced this need.

The graduation was held in a large room and more than 100 family and friends were there to see the paramedics graduate. There was a palpable sense of camaraderie and pride in the graduates. It was a great evening. The next day, I drove back to Tulsa refreshed in the thought that EMS can work and is working in Kansas. People think that having your name on the cover of a book is a glamorous thing. What they don’t know is that writing books involves long hours in front of a computer writing and researching. You isolate yourself from family and friends for long periods of time. It can actually be depressing. So, it’s refreshing to get out in the real world and actually see that people read what you write and that your contribution seems to be making a difference in the world of EMS.

I know there are many great EMS educational programs out there and I don’t mean to put one program above the other. But, in little Arkansas City, Kansas, they’re doing a fantastic job in a time when the economy is in turmoil. I salute them and all educators who never forget that everything in EMS, including education, is about the patient and quality patient care.