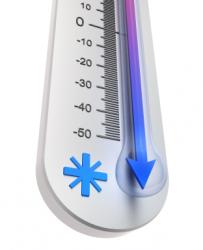 The Science
This is a small study comparing the two separate methods of cooling (a cooling vest vs. forearm immersion) to passive cooling in firefighters by EMTs performing ground rehab. Investigators of this study measured core temperature and heart rate as indicators of recovery; body weight was also measured to determine the loss of water weight. Twenty-five firefighters were recruited for the study, which included a physical exam and fitness test prior to conducting a live fire evolution session. They were placed into three categories based on fitness levels: low, moderate and high.

The participants were all exposed to a 20-minute entry and fire suppression activities, then they were removed from duty and randomized to one of the three cooling methods. Then, they rested for 30 minutes. Of the three methods, forearm immersion was shown to have the greatest decrease in core temperature, but the researchers found no significant difference among methods.

Medic Marshall: I found this to be an interesting study, not only because I think the cooling methods are novel, but also because I see the importance of recovery for fire-ground rehab. After further reading, the investigators point out that even after 30 minutes of resting and cooling off, firefighters still hadn’t achieved an optimal recovery level, which is troubling in my opinion. However, this study does highlight the importance of fire ground rehab for EMS: 20 minutes of fire suppression activities are extremely stressful on the body, even for the fittest firefighter.

I think EMS in general doesn’t do the best job at being proactive and diligent about getting involved in fire rehab–especially from the non-fire based perspective. As a result, firefighters aren’t being adequately cooled, rehydrated; therefore, they aren’t fully recovered before they go back to their duties, putting them at risk for serious injury or death.

Doc Wesley: I agree with Marshall that EMS must be very proactive in fire ground rehab and not assume that a “small” fire will be put out quickly and even if no reason for rehab is apparent. The new National Fire Protection Association standards have strict requirements for medical monitoring and rehabilitation of firefighters, and every service should be working closely with their departments to implement them.

As for the methods of cooling examined in this study, it’s interesting the authors didn’t include the time-honored technique of active cooling employed by draping a wet towel over the provider’s head and neck. Data supports that this technique is just as effective at cooling and is significantly less expensive than the two methods studied.

The clear benefit of the forearm cooling technique is that it’s integrated into a folding chair, which would require the firefighter to sit and relax. The process of donning and undonning the cooling vest and its inherent costs makes this technique less appealing.

Conclusions: During 30 minutes of recovery following a 20 minute bout of fire suppression in a training academy setting, there is a slightly higher cooling rate for FI and no apparent benefit to CV when compared with P cooling in a moderate temperature environment.