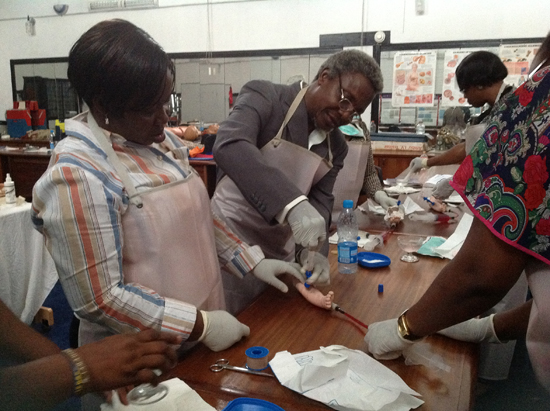 Nigeria’s most recent census data shows the country has a population of approximately 180 million people–more than the populations of England, France and Spain combined. For those 180 million, Nnamdi Nwauwa, EMT, CCEMTP, MBBS, MPH, MMSCEM, estimates there are less than 100 professionally trained emergency medical responders.

This is largely due to the fact the country doesn’t have a national EMS training standard. Regardless of the reason, however, having just one responder for every 1—2 million people would present staggering public health concerns in any country, but Nigeria faces extraordinary circumstances–the Islamic extremist group Boko Haram in its northern region and soaring traffic fatalities in its urban areas–that exacerbate any normal strains put on the healthcare system by several magnitudes. The number of lives lost due to such a disparity is unknowable.

For the last 35 years, Nwauwa has made addressing this grave reality his life’s work. As an ED doctor, EMS educator and public advocate, he’s now the foremost physician pushing for the adoption of an emergency medical system large enough to address the problems ailing Nigeria. While he now plays a much more overarching role in the country’s healthcare system, Nwauwa has become all too familiar with the challenges Nigeria faces through firsthand experience.

In 1981 following medical school, Nwauwa was assigned to a government-owned general hospital in a rural region of the country. There, he encountered just how dire the situation was without proper emergency response.

“The trauma level was extremely high, especially during the farming season when knives and local guns were used freely to settle land disputes,” Nwauwa said. “Patients were only sent to us at their most critical period, most times when cardio-respiratory compromise had set in.”

The result was bleak. Nwauwa would receive patients close to death, whom he would then attempt to resuscitate with very limited resources. He knew something had to change.

“I began to counsel the natives on how to apply simple procedures such as bleeding arrest, fracture splinting, as well as the need to bring patients early to see a doctor,” Nwauwa said. “Consequently, I developed a strong passion to assist the patients at this very acute stage when they are in emotional and physical agony, completely helpless to themselves.” 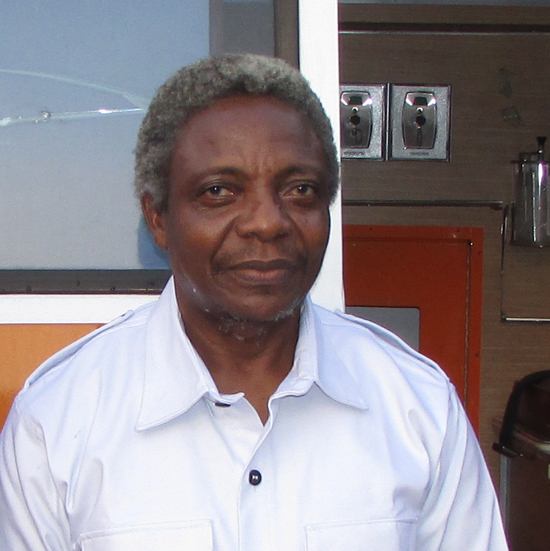 The Nigerian medical system wasn’t structured to handle such a catastrophic caseload, especially in its rural regions, so Nwauwa had to adapt however he could.

“I improvised iron splints and first aid kits, which I made available to people,” Nwauwa said. “It was clear that unless something was done within the community to sustain the life, my intervention would continue to be too late and useless to many of the victims. A prehospital intervention was the answer to the situation.”

Government funding at the time provided little relief for the work Nwauwa hoped to do, but an American oil company approached him in 1985 to develop an ambulatory service and field clinics for their large operation in Nigeria. It was there he began Industrial Medical Service, which eventually proved to be the seed of an expansive EMS organization that would encapsulate the many branches of his practice scope. In that first year, Industrial Medical Service’s ambulances became the country’s first formalized ambulatory system.

The experience gave Nwauwa his first exposure to a formalized EMS organization, and inspired him to act further for underserved Nigerians without hope of urgent medical assistance. In the coming decades, he radically reoriented his training toward EMS.

“I developed so much flare for EMS that in 1992, I organized the first CPR training in the country, in Lagos, and it was attended by healthcare providers from all over the country,” he said.

With the resources from the American oil company, Nwauwa travelled abroad to receive certification to conduct training in CPR, BLS, pediatric ALS, American Heart Association (AHA) Heartsaver programs, and other life-saving techniques. Needless to say, Nwauwa’s training now reflected the passion for EMS that would define his life’s work.

“This new knowledge enhanced my skill, knowledge and confidence in prehospital training and service,” Nwauwa said. “I immediately took the campaign to all corners of the country–local, state and federal governments.”

By 2002, Nwauwa was being asked to establish EMS by state governments and more private companies with large operations in Nigeria. Industrial Medical Services evolved into Emergency Response Services Group (ERSG), which sought to change the prehospital healthcare environment in Nigeria in a number of ways.

Nwauwa estimates Nigeria sees over 50,000 traffic fatalities each year, and that Boko Haram has claimed over 20,000 lives as well. And while large oil companies should be credited as some of the earliest EMS adopters in the nation, Nwauwa says oil pipe explosions continue to claim hundreds of lives annually.

“These high-trauma situations in the country inevitably call for urgent institutionalization of effective emergency medical services,” Nwauwa said. “We can firmly assert that government has realized the absolute need and is now focusing on it. However, how long this will take depends on available funding.”

As Nwauwa has continued to push for a federally supported system, he’s also realized a need to fill the gap in the short term. In a country where physicians are sparse and transportation for the average citizen is often inaccessible, Nwauwa accepted that the most pragmatic approach was to train citizens on how to act when no healthcare worker was around.

To do this, Nwauwa has set his sights on dispersing basic first aid, CPR and first response training to citizens throughout the country. This has come both in the form of BLS training, and through his involvement with the AHA, where he created the first AHA training center in West Africa. By teaching laypeople basic resuscitation techniques, Nwauwa hopes to make bystanders a key aspect of bettering Nigeria’s healthcare.

Nwauwa’s vision goes beyond training rural Nigerians, however. He wants CPR training embedded into public and private systems throughout the nation. He led the charge to make CPR and basic EMT training mandatory for all NGO health staff and contracting firms. Together with the Ministry of Health, he was able to use advocacy, media promotion and free training to “explode the concept of resuscitation in Nigeria.”

The free training has been administered by Emergency Response International and is now joined by the Advanced Life Supporters Association of Nigeria and the Society of Emergency Medicine Practitioners of Nigeria; Nwauwa serves as the national chair of both organizations. One of Nwauwa’s biggest breakthroughs in spreading CPR came by partnering with the Nigeria Nursing and Midwifery Council, the regulatory body for Nigerian nurses, which allowed more than 300,000 nurses in Nigeria to be certified in CPR.

There are steps Nigerians have taken within the last several years, creating many rudimentary aspects of an EMS system that Americans take for granted every day. Nigeria recently established a single emergency number, 1-1-2, for example. The country is also developing a protocol for the required equipment in each ambulance and mandatory training for ambulance staff. Now, at the start of 2016, Nwauwa hopes to see students enter Nigeria’s first officially recognized paramedic schools.

“Finally, after over 15 years of pressure, the federal government embraced the EMS concept and a ministerial committee was set up in 2013 to prepare the curriculum for the establishment of paramedic schools,” Nwauwa said. “Two institutions have been approved to commence official paramedic schools in Nigeria–my organization and a government-owned tertiary health institution.”

However, Nigeria continues to battle widespread, systemic problems with emergency response and prehospital care in Nigeria–battles that would drive many in Nwauwa’s shoes to more forgiving or lucrative practice areas. Instead, Nwauwa’s resolve and passion for improving Nigeria’s EMS have only been strengthened by the challenges and tragedies he’s encountered. Just as one may never calculate the number of lives lost due to insufficient EMS in Nigeria, one may never know just how many lives have been saved thanks to Nwauwa’s Herculean efforts in Nigeria.