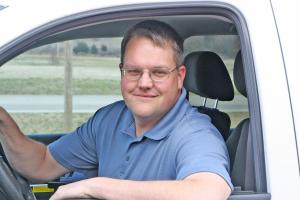 They say that good things come in small packages, and no one knows this better than David Grovdahl, EMT-P, executive director of Leflore County (Okla.) EMS. Grovdahl oversees a predominately rural county made up of 12 different communities in Oklahoma, one that is surrounded by 1.1 million acres of  national forest. The largest town has a population of only 9,000 people, and the entire county population totals 50,000.

Grovdahl, a 16-year veteran and transplant from Texas and Wyoming EMS systems, has spent much of his career in rural EMS and has developed a deep and abiding love for the specialized medicine and patient response that rural EMS requires. So when he was invited to take over Leflore County, he jumped at the chance. Grovdahl soon realized that he needed to take the EMS system from a BLS to an ALS level. Beginning last year, he decided to aggressively revamp the EMS system to improve service and patient care using technology and improving educational standards in “super rural” Oklahoma region.

Across the Map
Not surprisingly, Leflore paramedics can find themselves driving anywhere from 30 minutes to two hours just to get to a patient. Recognizing that his team had many challenges to face when it came to patient care, Grovdahl decided to update the system. “We saw a tremendous amount of potential to advance what EMS was doing here, “he says. “Just because we are a rural system doesn’t mean that we are on a secondary or tertiary level compared to bigger systems. We decided very early on that challenges in a rural environment were not going to hinder us from doing the same things as larger cities.”

So Grovdahl took his small but mighty team of 30 and got to work. He started with data collection. “In this day and age, with the access to technology, it’s not impossible to compete, we just have to be the ones that go seek it out,” he says. “When I was in Texas, we were big about using data that we got from the PCR system. And I have learned from my urban brothers and sisters that data is very important, so we brought in electronic PCR.”

Updated Technology
Grovdahl understood that some in Leflore County still didn’t have broadband Internet, so he partnered with Verizon to help ensure his rural area had clear 3G and 4G connections. “The southern part of our county is mountainous so there are challenges with mobile data and air cards. It presented a unique challenge for us, but it wasn’t insurmountable,” he says. Grovdahl worked with Verizon to develop a workable plan to provide the technology needed for a modern EMS system to function. “I gave them our vision, and Verizon made it possible,” he says.

Once Leflore had the ability to connect throughout the county, Grovdahl installed ZOLL’s RescueNet Software Suite to track data. “We are tracking everything from how long it takes us to transport a patient, the outcomes and interventions that make outcomes positive,” he says. He took the data to surrounding hospitals and pointed out what Leflore EMS was doing and how they could all work better together. He told the hospitals that if his paramedics could start doing more treatment and intervention in the field, then patient outcomes could improve–and it worked.

“We were able to take a lot of the advanced technologies that EMS is using at WakeMed or Austin, or L.A., the bigger cities around the country,” says Grovdahl. “We are doing things like continuous positive airway pressure (CPAP) and bi-level positive airway pressure (BIPAP), sepsis alerts and st-elevation myocardial infarctions (STEMI) and correcting them in the field.

“It’s these kinds of partnerships that have made it possible to level the playing field for a smaller EMS system like Leflore County. “We looked at what they were doing in the urban areas,” says Grovdahl. “They have the resources and capabilities and financial availability to do things, and I have a staff of 30 without that infrastructure. So we looked at what they were doing and knew we had to take away and use things from their community paramedic programs.”

Small-Town Connections
One advantage Grovdahl has is the small-town medical connections and familiarity that is missing in many large urban areas, and he uses that advantage for all its worth. “I have six family practice doctors in the entire county, so  access to these doctors and communication lines are very simple,” he says. “I know these people. They call me up and tell me about [patients and situations] they have, and we put that in our system to track and follow. We send our crews out to visit these patients, or in the more extreme cases I go out to visit them myself, and we figure out what their needs are.”

The system also tracks “frequent flyers” and alerts Grovdahl and his team. “If someone calls three or more times in a 10-day period, then the system tells me I need to go and see what’s up with the patient,” he says. “So I go out and visit the person and figure out what they need.”

He cites one example of a man who called EMS every three days and racked up a bill of $16,000. Although he had medical problems, he also had alcohol, family and social issues. “So from this one instance, we got into partnership with our adult protective group and our health department and started having roundtable discussions,” Grovdahl says. “As we started talking about client lists, we  discovered we were all talking about the same people and decided to combine resources. EMS is the safety net of the healthcare system. By working together with other agencies, we have made huge strides in helping all of our community.”

As a group they were able to get the resources to the man calling 9-1-1 frequently, and he stopped calling. “We started fixing things, and he stopped  calling because his quality of life got better. He’s not a burden to me or the hospital or social services,” Grovdahl says. “We had to invest more up front, but in the long-run we have saved thousands and thousands of dollars for everybody. Most importantly, we gave him his dignity back.”

Sharing Resources
Grovdahl believes that sometimes a little money invested up front can pay big dividends in the end. And getting the roundtable group together has made all the difference in using limited resources wisely. “We have learned to take some of these big programs in these big organizations and scale them down to what we can do,” he says. “We are seeing the same level of success. If we all work together, we can resolve things.”

These types of partnerships have continued. LeFlore has partnered with the local hospitals and anesthesiologists to learn about additional technology sharing and training programs. The agency is also working with university physicians to get additional training and advice on patient care. “Why reinvent the wheel? We are taking the best of what everybody is doing and applying it to our situation,” Grovdahl says.

In four years, Leflore EMS has had no failed intubations or dislodged tubes. “We have performed over 300 intubations in the field with and without RSII, which is significant,” Grovdahl says. “Highfidelity healthcare is possible in rural Oklahoma and rural United States.”

But it’s not all take and no give. The small but powerful agency is more than willing to share what they know and have learned, taking their knowledge and pushing it out to others when they can. “If we know something is working well for us, we want everybody to know about it; nothing we do is proprietary,” says Grovdahl. “We take the best of everything, apply it and share it. This is the only way EMS overall is going to get better.”

The group also takes its own education to heart. Many of Grovdahl’s paramedics are pursuing bachelor’s degrees and online educational classes. Additionally, they set up training with regional medical specialists. “One of the things we need to do to legitimize the EMS service is to get some professional education with credentials,” Grovdahl says. “From education comes success.”

Grovdahl and his team clearly prove that you can be small and still be a force of nature. “EMS is the safety net of the healthcare system, and I take that to heart,” he says. “You can rely on us 24/7/365 to show up. If I can do one thing that helps one person, it makes it better.” Grovdahl adds, “I have had wonderful mentors who were awe-inspiring. One day I’m going to get to their level; I am always chasing that goal. I love rural EMS systems. We may be small, but we are mighty.”