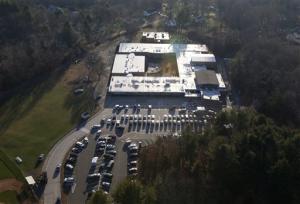 The mass killing inside a Connecticut elementary school has educators across the country reviewing their security measures, reassuring parents and asking, “What if?”

“Every principal will be going through their own protocols, the things they do on a daily basis to protect their students and staff,” said Dr. Will Keresztes, associate superintendent for student support in the school system in Buffalo, N.Y.

Amid grief and condolences for the 20 children fatally shot Friday by a gunman in Newtown, Conn., school leaders nationwide sent emails and text messages and phone recordings assuring parents and children their schools are safe, while acknowledging the difficult balancing act in keeping that promise.

“It’s just very difficult to be able to, in today’s world, to eliminate all those risks,” said Rick Johnson, superintendent of the 3,000-student Mahomet-Seymour Community Schools district in rural eastern Illinois.

Driven by previous school shootings, many district officials say they already lock building doors, require identification from visitors, employ safety officers – some of them off-duty police officers – and have established text or other notification systems for parents. There are metal detectors at some public schools considered at risk for violence, including some schools in New York City and Milwaukee. Portable detectors are brought out as needed in some districts.

At Sandy Hook Elementary, the scene of the Friday massacre, Principal Dawn Hochsprung wrote a letter before the school year started outlining new safety measures including locked doors during school hours. Hochsprung was among those killed Friday.

“We don’t want our schools to be fortresses but we want them to be safe,” said Steve Hegarty, a spokesman for Hillsborough County School District in Florida, where counselors were available to talk to students and offer parents advice on how to help children cope with the news.

In rural Vermont, where a man shot and killed two teachers in Essex six years ago, there are cameras inside or outside some buildings, Education Commissioner Armando Vilaseca said.

Some districts have specific plans to respond to a dangerous intruder.

In Omaha, Neb., trying to “take out” the intruder is permitted as a last resort. One adult would distract the intruder while another moves in to restrain him.

“Whatever you need to do instead of lying there and being a victim,” Safety Administrator Roddie Miller said.

Lockdown drills have become routine across the country and can serve a dual purpose: Prepare and reassure.

“We continue to practice because, though we never anticipate a problem, we want to give our students the comfort of knowing our emergency procedures,” said Laurel Fretz, principal of Santa Monica High in California. She sent an email and recorded phone message to parents after the Connecticut shooting to assure them the school has clear plans.

Following a shooting outside Cleveland that killed three students earlier this year, Ohio now requires districts to file their plans with the attorney general and local law enforcement.

But for all the preparation, experts say, there are no guarantees.

“Schools can’t utilize a paramilitary type response,” said Joseph LaSorsa, a former Secret Service agent who consults on security. “You’re not going to be lining your corridors with armed guards.”

“Anybody with enough firepower can come into a school and do what that guy did,” said Jon Akers, executive director of the Kentucky Center for School Safety. “That’s the reality of it that people don’t want to hear but that’s the truth.”

The heightened vigilance was evident in one New York City school on Friday.

LaGuardia High School sent a mass email notifying families of a lockdown following student reports “that a non-LaGuardia adult was seen in the building.” It was lifted about 45 minutes later after police and school officers investigated. Principal Kim Bruno said the intruder turned out to be a man servicing a copy machine.