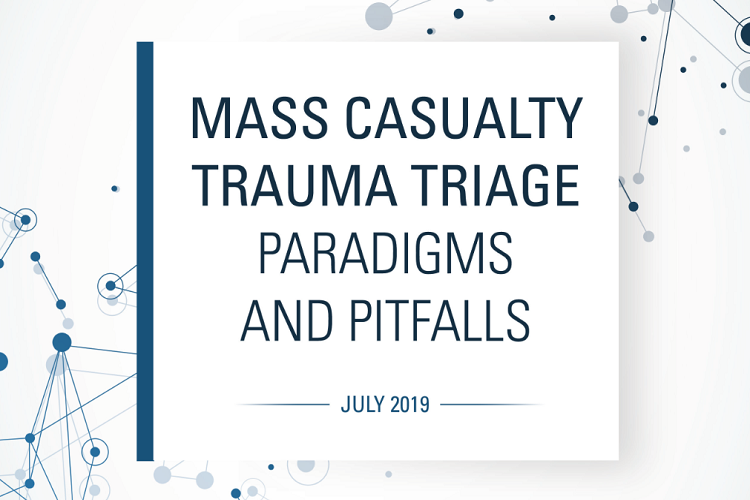 The paper defines key differences between typical MCIs and mass violence events, where the scene is unsafe and the situation fluid; the number of patients exceeds expected resources; and standard triage and treatment methods may fail.

It suggests the traditional triage approach used to train EMS providers in the United States for decades is no longer feasible to effectively respond to mass violence MCIs, such as active shooters or vehicle ramming. In addition to outdated methods, TRACIE says hospitals and prehospital providers are often lax about training for MCIs and have not sufficiently tested plans and procedures.

TRACIE makes several recommendations for stakeholders to consider. Among them are to include law enforcement in prehospital planning, provide them with some medical and triage training, and to ensure integration between prehospital and hospital response.

This paper also touches briefly on triage for other types of incidents including chemical, biological/epidemic/pandemic, burns, blasts, radiation and pediatric issues.