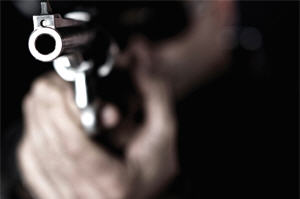 Recently, a fire/EMS agency in Ohio (see “Paramedics Packing Heat,” p. 16) began allowing its personnel to carry concealed weapons while on duty. Media reports indicate that this policy was adopted in response to the deadly ambush of firefighters in Webster, N.Y., on Christmas Eve and an April incident that occurred in Georgia in which a man held responding personnel hostage before being shot and killed by the police. This month, we examine the legal ramifications of carrying concealed weapons on the job in EMS.

Second, check your state’s EMS laws, regulations and policies to see if they address the carrying of weapons by EMS personnel or on board an ambulance. For instance, in Pennsylvania, state EMS regulations prohibit the carrying of weapons on board an ambulance and prohibit EMS personnel from carrying them. These specific laws regulating ambulance services and EMS agencies would likely trump any general conceal/carry laws.

After considering your state’s laws on the subject, your agency then has to evaluate the merits of permitting your personnel to carry concealed weapons on duty. Although reports of assaults on EMS personnel are certainly not rare, the use or threat of deadly force against EMS providers is, thankfully, rare. Examples like the hostage situation in Georgia are also uncommon. EMS personnel are trained in how to respond to threats and in response techniques, including physical and chemical restraint. Generally, EMS training and applicable standards of care for managing difficult or violent patients in EMS doesn’t include the use of firearms to threaten or subdue a patient, or the use of deadly force by EMS providers. In other words, unless state law provides specific legal protections or immunity in this situation (which most do not), an EMS agency could well be opening itself up to tort liability for any harm or injuries to a patient, a bystander or anyone else caused by weapons carried by EMS personnel on duty.

And, of course, there’s always a threat that a weapon will end up being used against the EMS providers themselves, particularly since EMS providers may not be able to guard or secure their weapons at all times due to the normal distractions that come with providing patient care. It isn’t difficult to perceive a situation in which a violent patient could take a weapon from an EMS provider, which could have very unfortunate consequences.

Adopting a policy to permit carrying weapons is one thing; dealing with all of the unforeseen ramifications is another.
The carrying of concealed weapons by on-duty EMS personnel–if it is allowed at all–must be done only after careful consideration of your state firearms laws, EMS regulations, immunity statutes, and training and safety concerns. EMS standards of care don’t include the use of firearms when providing patient care, so unless state law grants specific immunity for their use, bear in mind that your agency may be opening itself up for more liability than it bargained for in the event that injuries or deaths are caused by a weapon carried on duty by EMS personnel.