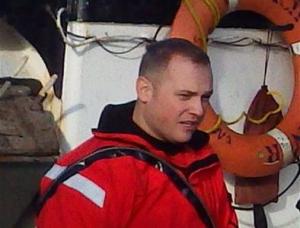 MOBILE, Ala. (AP) – One crewmember died and rescuers were searching Wednesday for three others missing after a Coast Guard helicopter crashed in Alabama’s Mobile Bay during a training mission, U.S. Coast Guard officials said.

The MH-65C helicopter crashed Tuesday evening near Point Clear, Ala. One crewmember was found unresponsive and later declared dead, the Coast Guard said in a news release early Wednesday.

Edwards said fog was beginning to clear and visibility was improving. He said divers overnight had gone to the site of the helicopter, in about 13 feet of water, but were unable to gain access to its fuselage. He said they planned to try again Wednesday morning.

The aircraft had departed the Aviation Training Center in Mobile, Ala., on a training mission earlier Tuesday, Bordelon said. Coast Guard officials say it went down about two to three miles southwest of Point Clear. The three missing are all Coast Guard members.

“Our thoughts and prayers are with the families of the crewmembers during this difficult time,” Capt. Don Rose, commanding officer of Coast Guard Sector Mobile, said in a statement.

The Coast Guard said two helicopters, an airplane and several vessels were involved in the search.