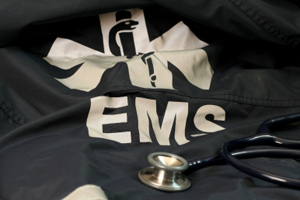 It’s unclear who the public should be more upset with, the Commonwealth of Massachusetts’ system for overseeing EMT and paramedic certification, or the individuals who intentionally lied about required ongoing education and training. I vote for the individual EMS provider. In either case, the real issue is a matter of public trust. For the EMS community in Massachusetts and those thousands of dedicated providers not involved with the scandal, it’s now about repairing the public’s trust in EMS providers.

For those not following this issue in Massachusetts, the short story is that a couple hundred EMTs and paramedics apparently lied about taking the required refresher training course and falsified their re-certification applications. The actual number and over how many years is yet to be determined, but what’s clear is that about 200 EMTs and paramedics have had their certifications suspended for up to nine months.

As abhorrent as this may be to some of us, it appears that the press in Massachusetts is willing to plead the case of a few of these folks as being victimized because they have been terminated from their places of employment. First and foremost, the individual EMTs and paramedics have a moral, ethical and (I would argue) a legal obligation to successfully complete the Commonwealth’s recertification requirements. Failure to accomplish these requirements endangers the public because these individuals will not have received updates and advances in the prehospital medical practice. They will also not have received “refresher” education on the rarely seen patient care issues involving children and pregnancy.

If our profession is to continue to evolve, we must be willing to be critical of our own behaviors and issues. The practice of prehospital emergency medical care is an ever-changing science, just like nursing and physician medical practice and it requires that the practitioner’s knowledge be periodically updated.

Second, these individuals have demonstrated a willingness to lie about their own credentials. In my view, this also demonstrates an inherent flaw in their character, which leads me to question whether they should be trusted with an individual’s life and property. When the public calls 9-1-1, they believe that the individual coming to help them is trustworthy and capable of providing care for them or their family during an emergency. If an individual is willing to neglect or falsify their ongoing critical medical education, which is intended to benefit the patient, what else are they willing to do or not do?

Massachusetts has a responsibility to re-establish the public’s trust in the certification and re-certification process that enables EMTs and paramedics to treat patients under Commonwealth law. Although the facts in this case are incomplete, the number of individuals involved and the actions already taken by the Commonwealth appear to exhibit that there is evidence and merit to the serious violation of mandated requirements and documentation.

The authorities should be making it clear to the public that this behavior will not be tolerated nor will it be remediated. Allowing an individual who has lied (falsified records) about their education and training to then go and complete that education and training so they can continue to work is inappropriate and does nothing to repair the public’s trust.

How can anyone be sure that the patients treated by these individuals did not suffer because of the lack of ongoing education and training? This is analogous to my employer allowing me to go back to college to complete a degree after I lied to them about having a degree so I could obtain my employment. Or would this be allowed if a physician or nurse lied about their credentials or education?

If the Commonwealth of Massachusetts and its EMS community are truly concerned about repairing the public’s trust, harsh measures must be employed by the regulators and–and accepted by the entire EMS community. Those found to have willfully lied about their professional obligations in order to “short circuit” the recertification process should have their certifications permanently revoked with no option for reinstatement.

Concurrently, if Massachusetts law permits, the offenders should be referred to the appropriate jurisdictional authority for prosecution. Let us not forget that the most important issue is that patients have been placed at risk, and the public trust has been violated. The EMS community should be up in arms, not about the investigation or “system,” but about their “colleagues” who have willfully lied and tarnished every EMS provider’s reputation.