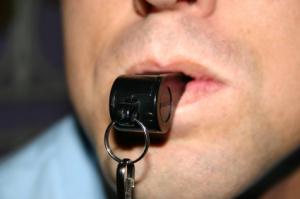 The first paragraph of the slick brochure handed out by a law firm to attendees of an EMS conference earlier this year reads:
“”¦ you may be eligible to receive millions of dollars in reward money for helping the government stop Medicare and Medicaid fraud and other illegal activity.”
Healthcare reform under the Patient Protection and Affordable Care Act of 2010 (PPACA) has provided new avenues to recoup the estimated billions of tax dollars lost to fraud and abuse in the Medicare and Medicaid programs. According to a U.S. Department of Justice (DOJ) report on healthcare fraud, 1,116 new criminal investigations and 942 new civil cases pertaining to healthcare fraud had been opened for fiscal year 2010. By the end of the fiscal year, the DOJ still had more than 1,200 civil cases pending.
Many of those cases were brought to the attention of the government by whistleblowers–a fact not lost on some law firms. As the federal government is getting serious about cracking down on those who take advantage of the system, these law firms have become more aggressive in seeking paramedics, EMTs or other EMS providers who may have direct information about ambulance billing–and possible abuse.
Even if an ambulance billing system is completely aboveboard, it’s easy to run afoul of government regulations.
“Part of the problem is that the rules are very complex,” says R. Michael Scarano Jr., a partner in Foley & Lardner, a national law firm with 18 offices throughout the U.S., which defends ambulance providers in whistleblower cases. Under the federal False Claim Act, the government does not have to prove conscious intent. Deliberate ignorance or recklessness can be enough to bring the full weight of the law to bear on an organization.
The issues are rarely black and white. “The deck is stacked against [EMS] providers in the vast majority of cases–both public and private,” Scarano says. A provider charged by the government with fraud or abuse is often given two choices–defend itself in court of law or settle. If they choose to go to trial and lose, they risk losing the business. It’s not surprising that most choose to settle.
“Very few providers have the intestinal fortitude to fight the government all the way through a trial,” Scarano says.

Changes in the laws
Effective March 25, 2011, newly enrolling and revalidating Medicare providers and suppliers are placed in one of three screening categories: limited, moderate or high. Each category represents a level of risk for fraud or abuse and determines the degree of screening by the Medicare Administrative Contractor (MAC) processing the enrollment application. Many ambulance suppliers/providers have been assigned to the “moderate” category, which requires a site visit by MAC.
Certain trigger events can change the category, raising it to the highest level. This could result in payment suspension; termination from billing Medicaid; exclusion by the U.S. Department of Health and Human Services, Office of Inspector General; revoked billing privileges; and exclusion from any federal healthcare program, to name a few.

Common types of fraudulent claims
Some of the most common types of fraudulent claims include upcoding and non-emergency transports. Upcoding involves such conduct as processing paperwork for an ALS call that should have been a BLS call. It’s what could cost the city of Dallas more than $40 million in a whistleblower lawsuit currently under investigation. A former assistant city auditor alleges that Dallas Fire-Rescue and the city’s ambulance service billing vendor knowingly collected fraudulent overpayments from Medicare and Medicaid by billing all of the city’s ambulance calls at the higher ALS rate. According to documents provided by the city of Dallas, at least 40% of those calls should have been billed as a BLS service.
Fire department officials say they believed the city could charge for ALS services in all cases because the equipment and personnel who transported the patient meet the standards for providing ALS ambulance services. However, the law states that the patient’s condition at the time of dispatch–not solely the type of ambulance or training of the staff transporting the patient–determines the level of service to be billed.
Fraud cases involving non-emergency transports often allege trips that are not deemed medically necessary. In many cases, these involve transporting dialysis patients. Last month, the owner of Med-Care Ambulance LLC pleaded guilty in U.S. District Court to healthcare fraud. The Warwick, R.I.,-based company is accused of billing Medicare for routine ambulance runs involving dialysis patients as specialty-care transports. Such transports are reimbursed at a higher rate.
Earlier this year, the U.S. Attorney indicted four Philadelphia-area ambulance company operators for healthcare fraud, alleging they schemed to fraudulently bill Medicare by transporting patients by ambulance who either did not require ambulance transport or could walk or travel by paratransit van.
Other common claims include falsifying mileage, multiple payors, kickbacks, multiple patient transports and misrepresenting the time of death.

Allegations of fraud
The Centers for Medicare and Medicaid Services (CMS) are now authorized to suspend payments to an ambulance service when it receives a “credible allegation of fraud,” says Oceanside (Calif.) Fire Department Battalion Chief Peter Lawrence. “Credible” can be an allegation from such sources as a fraud hotline, claims data mining, patterns identified through provider audits, a civil False Claims Act or a law enforcement investigation.
“This is an enhancement over the previous rules that allow for suspension of payment only when overpayments are identified or there is “˜reliable’ information concerning fraud,” Lawrence says. “A disgruntled employee potentially has the ability to shut down [government] payments for 18 months.” If the case is turned over to the Department of Justice, payments will be withheld indefinitely until the final action is completed.
In addition, states are required to suspend Medicaid payments to an ambulance service that is being investigated for Medicare fraud and vice versa.

Avoiding claims
According to Lawrence, organizations can help protect themselves from government claims of fraud and abuse by providing proof the organization’s billing is in accordance with proper practices. He recommends running records in a timely manner and not billing arbitrarily for services. Other suggestions include:

Scarano also recommends an effective compliance program with a hotline that offers employees the opportunity to make management aware of issues and fix them before the government does. Another important strategy is to conduct a thorough exit interview for all employees who are leaving the company or department. Ask if they have witnessed anything improper. If they have, document it and fix it. If they haven’t, have them sign a document to that effect. “It makes it difficult for a former employee to come back and say there was a problem,” Scarano says.
A substantial number of whistleblowers say they tried to report the issue they uncovered to their chain of command, but were rebuffed in one way or another. In the Dallas case, the assistant city auditor who brought the case said the only reason he went to the authorities was that his complaints to his superiors were ignored, something. “There are many [whistleblowers] who are good, loyal employees who are frustrated about getting a problem fixed,” Scarano says. Often the issue is that compliance just isn’t a high enough priority within the organization.

One whistleblower’s experience
One whistleblower, who asked not to be identified, says there are issues prospective whistleblowers should consider before filing a lawsuit. “If you are still actively working at the place, there’s a good chance your life will become hell when it becomes public,” he says. “On the other hand, you may find that a good number of people support you.”
He adds that as the investigation begins, even while it’s still under seal, people will start getting paranoid and suspicious of everyone, asking each other who was talking to the authorities. This will get very uncomfortable, placing the whistleblower in the unpleasant position of lying to friends and colleagues.
He also notes that there even may be layoffs and closures as a result of the suit, especially for private agencies. Some people will blame you, he says.
“Whistleblower suits, although they have high potential, are losers,” he says. “Don’t go to the feds anticipating a big payout. Do it if you believe the cause is important–and in EMS, that can most certainly include public safety,” he says. “If you do get some money, then treat yourself to a good dinner. But [money] can’t be your main purpose.”