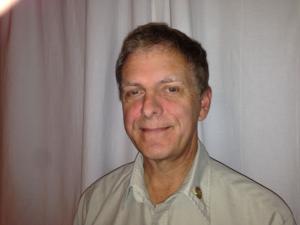 In July 2012, an armed man entered a Century 16 multiplex theater in Aurora, Colo., killing 12 people and injuring more than 50 others. Mass-casualty events like the massacre at Sandy Hook Elementary School and the bombing at the finish line of the Boston Marathon followed. For some of the first responders of these types of situations, the events themselves were just the beginning of a nightmare that can linger for weeks, months or even years.

First responders have reported haunting symptoms that include feelings of hopelessness, sleeplessness, anxiety and despair that can grow into full-blown post-traumatic stress disorder (PTSD). PTSD is now recognized as a growing problem for first responders and EMS personnel, particularly those who are called to mass-casualty events. Philip Callahan, PhD, NREMT-P, paramedic and professor emeritus at the University of Arizona, recognized the problems of PTSD among the EMS community and developed a resiliency-based behavioral health initiative to help address, and alleviate, this growing problem.

Veteran Support
“Since I come from a fire and EMS background, I wanted to work with this endeavor, knowing that a lot of the characteristics that combat veterans were dealing with were similar to what fire, police and EMS deal with,” Callahan says.

While designed to address the lingering effects of trauma, the program Callahan developed was initially born out of a desire to help returning combat veterans graduate from college. He found that vets were graduating at a rate 15% lower than the rate of civilian students. So Callahan partnered with Michael Marks, a clinical psychologist at the Southern Arizona Veterans Administration, to develop a curriculum to aid veterans in being more successful in school.

“We found that veterans were coming back with a high degree of PTSD, hyper-vigilance and a number of other issues. Their attention wasn’t good, and they weren’t staying in school,” Callahan says. “We developed a resiliency-based program because resiliency turns out, in this instance, to be one of the best measures of student success.”

Resiliency Program
What began as a program to help student veterans find educational success eventually grew into First Response Resiliency, a one-day course that pinpoints the importance of taking care of mind and body.

Agencies grapple with time and cost constraints, so the initial challenge was to compress a semester-long resiliency course into an effective one-day workshop. Building upon an individual’s existing resiliency skills and linking them to evidence-based practices helped achieve the program’s goals.

Individuals then form problem-based learning teams to apply each skill to a scenario that is likely something they will see in their own world of fire, police or EMS. The process begins with the simpler behavioral skills of goal setting, diet and exercise, sleep and relaxation, and then progresses to more complex cognitive skills of putting things into perspective, recognizing self-defeating thoughts, dealing with wins and losses, practicing empathy for critical thinking, and the ABCs of managing behaviors. “These earlier skills, as well as working in learning teams, aids in developing the social skills of reaching out to others and establishing a social support network,” Callahan says.

Issues of anger, sadness, depression, guilt and fear are addressed, and students are also taught how to strengthen skills in empathy, listening and communication. “We teach a lot of things that your mother told you to do, and how to do them properly,” Callahan says. “We take a skill and help them internalize and build on it for success. Then we break out into smaller groups and apply the skill to a case study. They get a chance to internalize and apply the skills in case studies before they leave the classroom.”

Before and after every class, students are given a general resiliency test of 23 questions to measure group characteristics. Sometimes, Callahan says, the improvement in the scores is so great as to give the students a real sense of empowerment.

Preempting PTSD
The course is designed to be preemptive in nature, thereby minimizing the likelihood of students ever developing PTSD. “Some years ago, a researcher worked with West Point cadets and found that when they went into combat with this resiliency training they were far less likely to contract PTSD,” Callahan says. “More interesting was the trickledown effect. The people who worked with the cadets were also less likely to contract PSTD.”

Callahan saw the same results with combat veterans. “One of the major preemptive skills for resiliency is social support. The program was making such a huge difference in the veterans’ lives that they were going home and teaching these skills to their families,” he says. “Our approach now, when possible, is to bring in the significant other if they are interested in going through the training.”

Given the research basis of the program, Callahan has worked closely with the Mesa (Ariz.) Fire Department, the University of Arizona Police Department, and the Colorado Department of Public Health and Environment Office of Emergency Preparedness and Response for about two years to better develop the program.

“We want to work with recruits before they actually begin their careers so that the skills become part of their lifestyle as they go through the academy,” Callahan says. “Then they can bring those skills forward in their careers.”

“The issue with these kinds of events is that they do impact you, and they become problematic when the thoughts and feelings don’t go away after three to six months,” he says. “We like go in three to six months after an event to address these issues, and [in the case of Aurora] we were able to effect statistically significant changes.”

Teaching Skills
One thing Callahan wants to emphasize is the lack of judgment directed toward students who enter the program. “We don’t pathologize the issue of mental health; we don’t treat this as a disorder,” he says. “We teach people skills that are evidence- and research-based that make a difference. There is no stigma associated with the approach.”

Once the program has concluded, Callahan encourages participants to meet up with each other to form support groups to work on additional skills. Six to eight weeks after the training, Callahan retests individuals to ensure gains are sustained and gathers feedback to strengthen the program. Teaching these skills to participants is important, but equally important is that they maintain and sustain what they have learned throughout their careers and lives.

During traumatic events such as mass shootings, the focus initially centers on dealing with the situation and quickly treating the wounded; the well-being of first responders isn’t always first and foremost in people’s minds. But in the aftermath of those events, the effects can leave deep-seated mental and emotional trauma that persists weeks or months afterward. In many cases, initial counseling for the event is wholly inadequate. First responders need more support.

Seeing the impact that First Response Resiliency can have on its participants is not only personally and professionally gratifying to Callahan, but also professionally satisfying, particularly when he is told the course was a life-changing event for a participant.