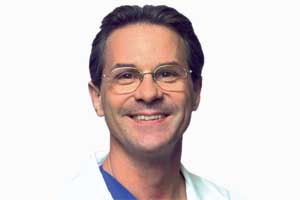 After spending 20 years practicing emergency medicine as the medical director of an emergency department in his hometown of Douglasville, Ga., Ray Fowler, MD, FACEP, retired and immediately began looking for his next life opportunity.

His next adventure turned out to be right around the corner and involved Fowler’s longtime friend, Paul Pepe, MD, chair of the Division of Emergency Medicine at the University of Texas Southwestern.

“He invited me to come out to Dallas and take a look at the EMS system. Once I realized what was going on in that massive urban system, I joined them in 2001,” says Fowler, who is now professor of emergency medicine at the University of Texas Southwestern and attending faculty in the Department of Emergency Medicine at Parkland Memorial Hospital.

Fowler, who’s been a leading EMS educator and medical supervisor for more than three decades, has shifted roles somewhat and now finds himself on the forefront of resuscitation research and political advocacy. In his new role, he has become a
co-principal investigator for the Resuscitation Outcomes Consortium (ROC) at the National Institutes of Health.

Examining the Issues
“I’ve been able to participate in the examination of frontline issues in the management of critical patients, such as the use of hypertonic saline for hemorrhagic shock and traumatic brain injury, and the use of the impedance threshold device to improve blood flow during cardiac arrest. These important treatments came to the forefront in studying the resuscitation industry and trying to determine what matters needed immediate attention,” Fowler says.

Fowler emphasizes that much of the research done in the past few years, including that conducted by ROC, has led to the understanding that there are some very specific things that need to be done to optimize care in certain emergencies.

“For example,” he says, “it’s very apparent now that when we do CPR, we should not go too slow or too fast in applying cardiac compressions. The ideal compression rate appears to be between 100 and 120 compressions a minute, according to very recent data, and if the rate falls outside that range, survival diminishes.”

Going to Bat
Fowler has become one of the leading advocates for the establishment of emergency medical services as a medical subspecialty within the American Board of Medical Specialties. “It took collaboration among all of the advocates of EMS to prevail upon the Board to sponsor EMS as a subspecialty,” Fowler says.

This advocacy has been a concerted effort for nearly a generation. Fowler credits the successful drive this time around with proving to the Board that EMS is, indeed, a practice of medicine.

“Emergency medical services is a principal participant in public service to the other members of the House of Medicine,” he says. “Therefore, in all the ways that we can conceive of providing for optimal care for our citizens, EMS is a full partner.”

Despite the three years of advocacy, Fowler says, “It wasn’t so much that it was a tough sell, but rather, the assembly of the information that most adequately explained how EMS participated as a fellow member in the overall body of medicine did not become most adequately described until the last few years.” He sees the Board’s decision as simply taking advantage of a good idea that matured at the right time.

Rethinking Old Ideas
Thinking out of the box and driving for change is standard fare for Fowler. Example: He was talking with A.J. Heightman, editor-in-chief of JEMS, about ways to encourage more people to get CPR training. “What if we paid 100,000 people $50 each for the benefit of having them perform CPR on a total stranger?” is the question they posed. “That would cost the country about $5 million a year, which is peanuts on a grand scale,” says Fowler.  Taking the concept further, Fowler calculated that if the 100,000 people saved an additional 10,000 lives of people who were in their mid-50s, more people could return to work and pay $100,000 in taxes over the rest of their working lives. The country would then reap $1 billion in taxes.

“So a $5 million investment would get you a billion dollar return on an average year,” he says. “That’s a 20,000% return on investment!” Such is the way Fowler’s mind works.

Training for a New Century
Fowler is senior editor of the new edition of Prehospital Systems and Medical Oversight, the recent textbook from the National Association of EMS Physicians, of which he is a founding member.

“To get there, we had to codify our body of knowledge, by drawing from the breadth of knowledge of the wonderful people that contributed to the text,” Fowler says. “We had so many outstanding clinicians and researchers who literally gave thousands of hours to put the text together. It says so much about our field of medicine that it took four volumes to be able to adequately place in proper context the practice of EMS medicine.”

Justifiably proud, Fowler feels the textbook speaks to what EMS does in the out-of-hospital environ­ment. “The book also speaks to the training of EMS medical directors, to tactical medicine and to disaster preparedness,” he says. “All of these issues make up EMS, and we laid that out in a series of texts that would provide for a new modern picture of our field.”

Fowler is also a founding author of the National EMS Medical Director Training Course and Practicum, which delivers a comprehensive program for training medical directors of EMS systems. Such a training course was unavailable in 1988, so Fowler and other national EMS leaders set out to change that. The course is now in its 22nd year.

“We have trained well over a thousand EMS physicians with the course,” he says. “I’d like to think that we’ve made a significant impact through this work in helping standardize what the training of the medical director of an EMS system, as well as an EMS subspecialty, should look like.”

Fowler hopes his work will culminate in the full acceptance of EMS into the medical community as a subspecialty through com­pre­hensive training of all EMS pro­viders.

“Within a few short years, those EMTs and paramedics who may be reading this article will be reassured that the physician who will come to work with them as a medical director, by state statute and regulation, will have had to sit for a comprehensive examination, which will determine that physician’s knowledge base in EMS systems according to nationally accepted standards,” he says.

Fowler feels the research, the new four-volume EMS textbook, training practicum and the nod from the American Board of Medical Specialties sends a clear message. “Prehospital personnel have been fully, warmly, and widely accepted into the practice of medicine. “The challenge now is to act like a medical subspecialty,” he says. “How we all will hold each other accountable for acting that way is going to be a true adventure, and it’s going to be an adventure of the next decade or more.”

It is that future that Fowler looks to. He believes the addition of new research methodologies and medical technologies will not only enhance the field of EMS medicine, but also bolster the entire sub­specialty of EMS. He also believes EMS will enjoy a new professionalism in the future.

“We know EMS plays a major role in public health, disaster preparedness and maintaining wellness,” he says. “We are excited to be a part of this, and we all believe that the coming years will be exciting ones for us because there is so much neat new stuff coming.”