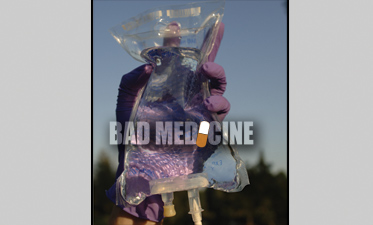 The U.S. Food and Drug Administration received approximately 20,000 reports of medication errors (prehospital and in-hospital) from 1992à2002. Because many medication errors aren’t reported, this number is a significant underestimation. A medication error is defined as “any preventable event that may cause or lead to inappropriate medication use or patient harm while the medication is in the control of the health-care professional, patient or consumer.””ž

In 1999, the Institute of Medicine released a report stating that more than 7,000 deaths result each year from medication errors. In 2000, the median jury award for medication errors was almost $700,000.”ž

Medication errors may occur during”žthe prescribing, dispensing or administration of medication. In the hospital setting, physicians, nurses and pharmacists are all involved in these duties. In the prehospital setting, paramedics and EMTs perform the duties of all three of these health-care professionals.”ž

Although most EMS agencies have written protocols for medication administration and/or online medical communication, EMS providers must also have autonomy to make medical decisions in emergency situations. Although the medical director is usually the one legally responsible for prescribing medications to an EMS agency in advance of their initial use, paramedics should be regarded as medication prescribers for the purposes of studying medical errors in the prehospital setting.”ž

Before starting their shift, most paramedics are responsible for checking and stocking their ambulance, making sure they have the correct quantity of each medication and that the medications are appropriately labeled, not expired and in the proper location in the ambulance and response kits.”ž

This is a significant responsibility; failure to perform of any of these duties could result in a dispensing error. Because of the fast-paced and urgent nature of prehospital medicine, there is the potential for numerous errors.”ž

There are three general types of errors that can occur when prescribing medication. Medication knowledge is taught in pharmacology classes but is largely reinforced through clinical experience. Consequently, this type of medication error occurs more frequently with inexperienced paramedics. Knowledge deficiencies may lead to medication underuse, overuse or misuse.”ž

Scenario #1: Providers respond to a 76-year-old male who has an extensive cardiac history and is complaining of substernal chest pain with radiation to the left arm. He’s sweating and nauseous. His ECG reveals T-wave inversions consistent with ischemia. The paramedic makes a decision to administer nitroglycerin to reduce the patient’s pain.”ž

After the nitroglycerin is given, the patient develops severe hypotension and requires IV fluid resuscitation. The providers then discover the patient took sildenafil citrate two hours before his chest pain developed. In this case, the paramedic prescribed a contraindicated medication and the patient suffered an adverse event as a result.”ž

Misuse occurs when a medication is used inappropriately. Inappropriate use may consist of incorrect doses, incorrect routes and the use of contraindicated medications.”ž

Underuse is the failure to use a medication in a situation where it_s been shown to be of proven benefit to the patient. A classic example in the prehospital setting is the failure to administer aspirin for a patient with an acute coronary syndrome.”ž

Overuse occurs when a medication not necessary for a particular situation is utilized, for example, the administration of diltiazem for a patient with a sinus tachycardia and a heart rate of 120 beats per minute.”ž

Another form of overuse can occur when a paramedic treats a medication side effect with another medication instead of withdrawing the initial medication. A patient who’s hypotensive and has a nitroglycerin patch in place should have the patch removed and shouldn’t be given dopamine for the hypotension.”ž

In the prehospital setting, paramedics have a responsibility to make sure their ALS vehicles are adequately and appropriately stocked with medications before running calls. In addition, medications must be checked to ensure they’re accurately labeled, and placed in the correct location in the vehicle and response kits.

In an effort to minimize errors, paramedics are taught the six “rights” of medication administration. These rights include:”ž

Medication: Two techniques are recommended to help paramedics make sure they have the right medication. When receiving a verbal order, the paramedic should repeat the exact order to the prescriber to confirm the order and, before administering a medication, the paramedic should inspect the label on the medication at least three times. The first check should occur when the drug is removed from the box, the second should occur when the medicine is drawn up and the final check should occur before the medicine is administered.”ž

Dose: To help prevent dosing errors, most medications used in the prehospital setting come in unit-dose packaging. Some medications, however, may be weight-based or require dosage adjustment based on the patient’s kidney or renal function. In these instances, paramedics must calculate the correct dosage, and errors of even one or two decimal points could prove costly.”ž

Scenario #2: Paramedics respond to a 34-year-old, previously healthy female with chest tightness and shortness of breath that developed after she was stung by a bee. The patient has severe wheezing and says her throat feels like it’s closing. The paramedic is a recent graduate and previously worked for six months as a medical assistant in the emergency department. The online physician orders a specific dose of 1:1,000 epinephrine to be given subcutaneously. The paramedic’s previous experience with epinephrine is limited to IV use. Consequently, he mistakenly gives the 1:1,000 epinephrine directly through the IV instead of subcutaneously. The patient suffers a myocardial injury from the excessively high dose of epinephrine and has positive cardiac enzymes.”ž

Route: In this scenario, it’s not difficult to see where the mistake occurred. For many health-care providers, the most common dose and administration route for epinephrine is 1:10,000 given intravenously during the attempted resuscitation of cardiac arrest cases.”ž

In addition, during the majority of these epinephrine administrations, the health-care provider doesn’t witness any patient response to the drug. These events may make the provider feel inclined to administer epinephrine intravenously and give them a false sense of security that IV epinephrine, high-dose epinephrine in particular, is harmless.”ž

Because prehospital medications can be given orally, sublingually, intravenously, subcutaneously, intramuscularly, by inhalation and through endotracheal tubes, the dose may need to be adjusted from one route to another. Paramedics must be experienced with each of the administration routes and any dosage adjustments required for each particular route.”ž

Scenario #3: The case of”žWyeth v. Levine”žhas drawn national attention to administration errors. After Phenergan was injected by IV push into Diana Levine’s artery, she developed gangrene of her hand and forearm and subsequently had to have both amputated. Levine argued that Wyeth_s labeling of Phenergan was unsafe because it included the push method of administration. Even though Wyeth_s drug insert did warn of potential risks, including gangrene, Levine was awarded $6.8 million by a Vermont jury.

Time: When it comes to medication administration, timing is everything. Medications may be harmful or ineffective if given too early or too late.”ž

For example, aspirin should be given immediately in acute coronary syndrome if there are no contraindications. A delay of 10 or 20 minutes could lead to unnecessary myocardial injury. In contrast, prophylactic glucose administration before confirmation of hypoglycemia in a patient with stroke symptoms can increase the risk of hemorrhagic complications if thrombolytic therapy is administered in the setting of hyperglycemia.”ž

Despite the fact that paramedics usually give medications urgently or emergently, rather than according to schedule dosing, the timing of schedule dosing is still important during interfacility transfers and critical care transports.

Patient: In the prehospital setting, paramedics primarily work with one patient at a time. Consequently, it_s usually not necessary to make sure they have the right patient. Problems can arise, however, during multiple-patient scenarios and transports. Therefore, whenever caring for multiple patients, paramedics must check identification as is done in the hospital setting.”ž

Documentation: This “right” can sometimes be the most difficult one for paramedics to follow due to the nature of their work. In the frenzy of attempting a patient resuscitation or managing the critically injured, paramedics are often tied up and too occupied to complete all their documentation. Although this omission of documentation is understandably excusable at the time of the incident, it_s not acceptable to forget about it and it should be completed as soon as time allows. Documentation prevents important details from being lost. Thorough and accurate documentation is often the best primary prevention of a medical negligence lawsuit.”ž

The final caveat concerning right documentation is that medical records shouldn’t be altered under any circumstances unless the change is properly documented. The alteration of medical records is not only medically unethical, but will also most likely be discovered during legal proceedings.”ž

Special consideration should be given to particular patient populations. The possibility of pregnancy should always be considered for any female of childbearing age. In addition, it may be pertinent to ask a female patient if she is breast-feeding. With patients who are pregnant or breast-feeding, the benefit of any medicine must weigh the potential risks.”ž

In pediatric patients, body surface area and weight are the two most common factors in calculating dosages. Although a length-based”žmeasurement tape is a useful and expedient tool for calculating pediatric dosages, it’s often underutilized by paramedics and has limitations. Length-based measurement tapes are based on height (length) and assume the child_s weight is in the 50th percentile for their height. Therefore, although it’s a good approximation of pediatric dosages for children of average height/weight ratio, it may not be accurate for all children.”ž

Geriatric patients often require more conservative medication dosing due to their decreased renal and hepatic functions, their comorbidities, and their concomitant use of many medications.”ž

In our attempts to reduce medication errors, we must recognize that errors can sometimes result from communication failures. In the hospital setting, these failures often result from poor handwriting, secretary processing of orders, nurse transposition of orders, etc. In the prehospital setting, medications are usually administered in accordance with established written protocols or after contact with an on-line physician. Although these measures decrease the probability of communication failures, they certainly don’t eliminate them.”ž

Another consideration in assessing our error rates is current literature on errors and the limitations of such studies. Most studies concerning medication errors have been conducted in the hospital setting and those done in the prehospital setting have been limited.”ž

One study that focused on 352 paramedics in San Diego County self-reported medication errors showed that 9.1% of the paramedics reported committing a medication error in the prior year. Almost two-thirds of the errors reported were dose related, and one-third were protocol related. Administration route errors represented 21%, while errors related to the appropriateness of the medication comprised only 4%.”ž

Factors listed as contributory to medication errors included failure to triple check a medication, infrequent use of the medication, dosage calculation error and incorrect dosage. In contrast, fatigue, training, and equipment setup of the drug box weren’t presented as contributing factors.

This kind of study reveals factors all EMS leaders should consider to minimize errors in their systems. As part of their efforts to avoid medication errors, EMS systems should review their medication management and administration procedures and protocols, and seek out the latest findings on medication error research.”žJEMS