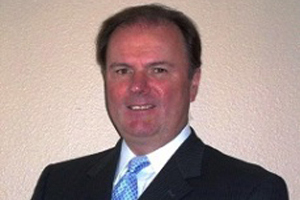 Founded in 1979, the American Ambulance Association (AAA) promotes health care policies that ensure excellence in the ambulance services industry and provides research, education and communications programs to enable its members to effectively address the needs of the communities they serve.

At this year’s AAA Conference and Tradeshow in Las Vegas, several industry professionals will be awarded AAA honors for their incredible service and leadership in the EMS field. This event is the premier event for leaders in the ambulance industry, featuring exclusive education, networking, and cutting edge technology.

The J. Walter Schaeffer Award is given to individual(s) whose work in EMS has contributed to the advancement of the industry as a whole. This year the Awards Committee unanimously agreed to give the award to all the individuals who have ever served as President of the Association. There is no group of individuals who have done more for the ambulance industry than these leaders.

Over 35 years, they have led non-fire based EMS to where it is today — stewarding the industry during some of the most challenging moments. The AAA Presidents achieved:

Therefore the 2014 J. Walter Schaeffer Award is being given to:

The Past AAA Presidents will be given their J. Walter Schaeffer Awards at the AAA Conference and Tradeshow in Las Vegas on November 18th, 2014.  This event is the premier event for leaders in the ambulance industry, featuring exclusive education, networking, and cutting edge technology.

The AAA is also proud to bestow its Robert L. Forbus Lifetime Achievement Award which is given to an individual(s) whose lifetime body of work has enhanced the programs and services of the AAA and its members. This year AAA has two award winners: Tom McEntee and Dale Berry.

Tom McEntee has served on the AAA Board of Directors, Education Committee, Membership Committee, Government Affairs Committee and as Co-Chair of Stars of Life.  Stars of Life would not be the nationally recognized program that it is today, without Mr. McEntee’s leadership. (The Stars of Life event in Washington, D.C. publicly recognizes and celebrates the achievements of AAA members from personal triumphs to exceptional work in the field.)
Dale Berry has served as a Board member, on the Executive Committee and as a Committee Chair for the AAA for a combined 25 years of service.  He has tackled some of the AAA’s biggest issues from Bylaws to membership categories and dues.

The 2014 President’s Award is being awarded to Fred Della Valle for his dedication to the ambulance industry and the AAA.
Over the course of his involvement with the AAA, Fred became known as a leader, mentor, visionary, and friend. He has been an active member of AAA for well over 3 decades.  He also started out over 30 years ago as a Paramedic providing clinical ambulance service throughout Connecticut which gives him specific knowledge and appreciation for the work that clinicians do every day out in the field.  Fred worked his way up the ranks at American Medical Response and now works as the Regional Vice President of Government Relations for AMR’s Northeast Division. He regularly spends numerous hours with key leaders and members of Congress; both in their district offices and DC offices, educating them on issues relative to the vital services ambulances provide and integral role that they play in the national healthcare and emergency response system.  Fred wants “to ensure that ALL private ambulance services receive fair and equitable treatment for the amazing work they provide each and every day.”

Mr. Della Valle’s other passion is youth sports. He is a past board member of the Bridgeport Athletic League, past president of the UNITAS Club and currently serves as a baseball coach for the Max Sinoway Little League. Fred represents the EMS industry as a board member of AAA and he is a member of the Northeast Volunteer Fire Association.

This year, the AAA Distinguished Service Award will be awarded to Tristan North. This year the awards committee chose to give a special distinguished service award to one individual who has worked tirelessly for close to two decades on AAA’s legislative and regulatory priorities.

The body of knowledge Tristan North has on the healthcare industry issues know no boundaries and he has given AAA great counsel for many years. Mr. North is a registered lobbyist with more than 15 years of expertise. He started with AAA in 1996 when he worked in the Government Affairs Division of Fleishman-Hillard. Mr. North is now in the pivotal role of Senior Vice President of Government Affairs for AAA. He oversees all aspects of the legislative and regulatory priorities of the Association before the Congress and Federal agencies.  Mr. North is responsible for shaping and implementing the public policy of the organization.

The AAA is proud to award North Central EMS Cooperative (NCEMSC) its 2014 Partnership Award.  It is given to the EMS partner whose collaboration with the AAA enhances educational programs, legislative priorities and/or member benefits.
NCEMSC was started in 1997 by three ambulance services — the same year that Congress passed the Balanced Budget Act that created the Medicare ambulance fee schedule. They haven’t looked back. The non-profit provides additional revenue streams to regional, state and national EMS associations through its group purchasing membership.

As the NCEMSC website states, “The continued success of our organization is built on or members becoming active with the cooperative.” The AAA has raised over $250,000 in revenue through this program over the past 5 years. Its group-purchasing program is the number one member benefit after advocacy.

The 2014 Affiliate of the Year Award is given to vendor member whose constant support (financial and time) supports AAA programs. This year, the AAA is proud to award Physio Control this honor.

Physio-Control, Inc. was founded in 1955 with a medical device that launched an industry. Company founder, Dr. Karl William Edmark, developed a device that sent a direct current (DC) electric shock through the heart to terminate ventricular fibrillation. Physio-Control hasn’t looked back. They are leaders in developing, manufacturing, selling and servicing external defibrillator/monitors and emergency medical response products and services.

This year’s Affiliate winner has shown yearly unconditional support of the AAA Stars of Life Program.  The Stars of Life event in Washington, D.C. publicly recognizes and celebrates the achievements of AAA members from personal triumphs to exceptional work in the field. Past Affiliate winners include AEV, Demers and Cindy Elbert Insurance.

All recipients will be presented their awards throughout the AAA Conference and Tradeshow in Las Vegas on Nov. 18, 2014. For more information about the AAA visit their Web site at www.the-aaa.org.