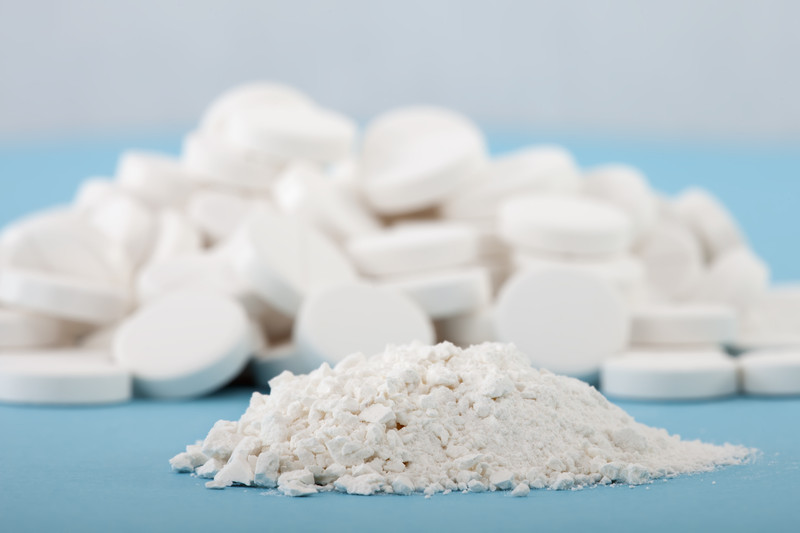 Medic 453 is dispatched for an unconscious female with a suspected narcotics overdose. In approximately four minutes, the EMTs reach a small, 1.5-story home and are met outside by two police officers. The officers enter the house and declare the scene to be secure and safe to enter.

The EMTs find a 40—45-year-old female unconscious and unresponsive on the floor of an upstairs bedroom. The patient’s boyfriend reports he found her about 15 minutes ago. The patient has a history of substance abuse–most recently heroin. The boyfriend claims she hasn’t been using heroin but is on Suboxone (buprenorphine and naloxone). No drug paraphernalia is found around the patient but track marks from prior use are evident on both arms.

The patient has shallow, labored breathing and no apparent trauma, cuts, bruises or other visual injuries. The patient’s pupils are 3 mm and nonreactive. Her respiratory effort is suppressed and she’s unresponsive to a sternal rub. Oxygen is delivered via a non-rebreather mask at 15 Lpm. The patient’s airway is patent, motor control is flaccid in all extremities, jugular vein distension isn’t appreciated and capillary refill is less than two seconds. Radial pulses are thready on the left and right. Skin is clammy and pale. Lung sounds are clear.

The patient’s vital signs show a pulse of 120, blood pressure at 120/80, blood glucose of 112 mg/dL, and respirations of 4 and shallow. A 20-gauge IV is inserted in the patient’s left antecubital vein. The patient is lifted onto a stretcher and secured. Two mgs of naloxone are administered via IV push. Prior to moving the patient to the ambulance, a second set of vitals is recorded. Pulse remains 120 and thready, respirations have improved to 10 and blood pressure is 120/60. The patient becomes more responsive with an improved respiratory effort. She opens her eyes and looks back and forth. Her Glasgow coma scale (GSC) is now 4/1/1. An ALS alert is patched to the local hospital.

The patient is loaded in the ambulance and transported. Vitals assessed en route to the hospital are: pulse 96, blood pressure 120/60, oxygen saturation is at 100, respirations are 16. An ECG shows normal sinus rhythm as interpreted by the advanced critical care EMT. However, despite the naloxone administration, the patient remains with suppressed motor function in all four extremities.

Three months later, Medic 453 arrives at the home of a 39-year-old male. The patient is found pacing the residence and states he woke this morning with severe pain and swelling in the back of his hand.

The patient is remarkably forthcoming with the EMT, stating he’s an IV drug user and his left hand is infected from crushing morphine and injecting it directly into his arm. He claims his opioid withdrawal has become so overwhelming that he became careless and knowingly injected himself with a partially crushed solution. This has led to local cellulitis and abscesses–the reason for today’s call. The patient states he was seen at an ED yesterday for the hand infection and received prescriptions for Percocet (acetaminophen and oxycodone) and Bactrim (sulfamethoxazole and trimethoprim) but hasn’t filled them.

The patient is alert and oriented times 3, with normal motor and sensory functions. Airway is patent, respiratory effort is normal and pulses are normal. There’s soft tissue swelling and bruising on both upper extremities and left arm tenderness distal to the elbow with localized swelling to the back of the left hand. GSC is 4/5/6, heart rate is 86 and normal, blood pressure 135/87, respirations 20 and normal. The patient takes a seat on the ambulance cot and is transported without further incident.

Providers can expect patients with opioid overdoses to have altered levels of consciousness and respiratory depression. However, with more patients enrolled in outpatient addiction treatment, providers should be aware of other potential symptoms from IV drug use including localized infections and cellulitis, system-wide infections (sepsis), and even signs and symptoms of stroke resulting from poorly crushed injected tablets occluding cerebral vasculatures. For example, one study reported seven cases where men suffered neurologic complications after injecting themselves with crushed buprenorphine tablets.1 In a study of 156 injecting drug users, 37% of respondents reported injecting buprenorphine.2 Two French studies have documented buprenorphine overdose deaths and deaths associated with injecting crushed tablets.3,4

Buprenophine, the active ingredient in Subutex and Suboxone, is often prescribed as a maintenance treatment to help patients overcome opiate addictions.1 Buprenorphine is considered a partial opioid agonist–it binds to opioid receptors–and a competitive antagonist that blocks morphine, methadone and other opioids including heroin.5 Naloxone is commonly used in EMS as an opioid antagonist. Both drugs will dislodge and “out-compete” other opioids at brain receptors. Buprenorphine is more potent than morphine but it produces lower narcotic effects.5

Buprenorphine use can lead to similar effects as other opioids, such as euphoria and respiratory depression, but to a lesser degree. It’s usually safer in overdose situations because it has what’s called a “ceiling effect.” Once a certain dose has been reached, higher doses won’t increase the effects.5Buprenorphine has an extremely long half-life from 24—60 hours. Providers should be aware that patients on Suboxone treatment may experience withdrawal symptoms because the naloxone will displace other opioids. After 60—90 minutes, the naloxone will be displaced by the buprenorphine, providing some ease to the withdrawal.

Patients taking buprenorphine may lack adequate venous access due to chronic drug use and injecting the drug directly into an artery may cause ischemic problems.1 Direct injection of crushed tablets can also cause cellulitis and abscesses, leading to more serious infections or even sepsis. In a study of 169 injection drug users in San Francisco, 32% had abscesses, cellulitis or both–27% of patients had lanced their abscesses, and 16% treated themselves with antibiotics they had purchased on the street.6 Researchers concluded that “abscesses and cellulitis are extremely prevalent” among injection drug users.

Tablet injections should be on the list of emergencies EMTs may encounter when treating IV drug users. When usual protocols for opioid overdose don’t produce anticipated results in unconscious patients or patients with altered mental status, providers should consider the potential for ischemic stroke caused by injection of crushed tablets. Signs can include powder on or around the patient, partially crushed tablets, evidence of recently dissolved solutions, and needle marks on the neck.

Cellulitis, skin abscesses, sepsis and ischemic stroke are unusual but potential events when treating patients who have an opioid dependence. While naloxone treatment can be effective against respiratory depression, providers should be alert to signs and symptoms of other injected drug complications.