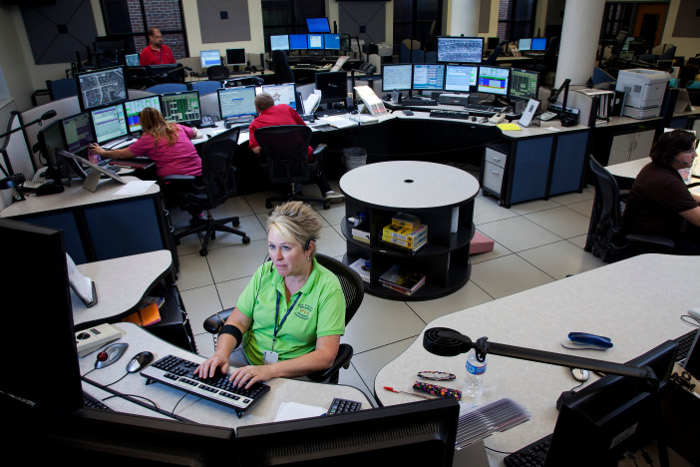 It’s been almost half a century since the creation of a nationwide emergency telephone number. Like other advancements in technology, while the beginnings were steady and deliberate, the concepts and possibilities of 9-1-1 are now growing exponentially from year to year. In 1987, 20 years into the development of the concept, only about half of the nation’s population was covered. Today, we’ve reached nearly complete national coverage and are witnessing an evolution in what 9-1-1 means.

And today’s 9-1-1 discussions are no longer limited to the phone number itself, and also no longer focused solely on receiving phone calls for help.

Somebody Text 9-1-1!
Around the turn of the century, the National Emergency Number Association (NENA) began to look at the future of 9-1-1, with a specific focus on developing an Internet Protocol (IP)-based system that would meet the needs of an increasingly mobile nation. This lead to what is currently referred to as Next Generation 9-1-1 (NG9-1-1). Since the description of this need, NENA and the U.S Department of Transportation have been working to make the NG9-1-1 system a reality, developing plans for the required infrastructure and a path to transitioning the nation’s 9-1-1 system to the digital realm.

The NG9-1-1 project is designed to replace legacy switched telephone network technology with IP-based technology to allow digital information exchange in all directions to and from the public, the 9-1-1 network and responders.

NG9-1-1 can be thought of in two distinct layers. (See Figure 1, below.) First, there’s the people layer: This layer deals with human interactions, whether it’s via a phone call, text message, dispatcher to responding crew radio transmission, etc. The second layer is the technology layer. This layer is responsible for moving the actual data required through the 9-1-1 call (or text, or video chat) all the way to wherever it’s needed: field response, treatment at the hospital or the jail, etc. These two layers must function in tandem.

In early discussions, the ideas revolved around functions such as 9-1-1 centers being able to receive text messages. The explosion of social media and the integration of small, portable electronic devices are creating new potential for NG9-1-1 and beyond. Social media allows users to create and instantly share digital comments, location information, photos and videos with anyone connected to the same network. Portable electronic devices are becoming more powerful from year to year, and already allow interconnectivity capabilities far beyond what’s widely used. Smartphones have raised the bar for personal portable devices. Connected through social medial networks, these tools continue to break down barriers to information flow. Connecting the general public to a variety of resources via this technology is creating new opportunities for more rapid, efficient and effective response to emergency situations. 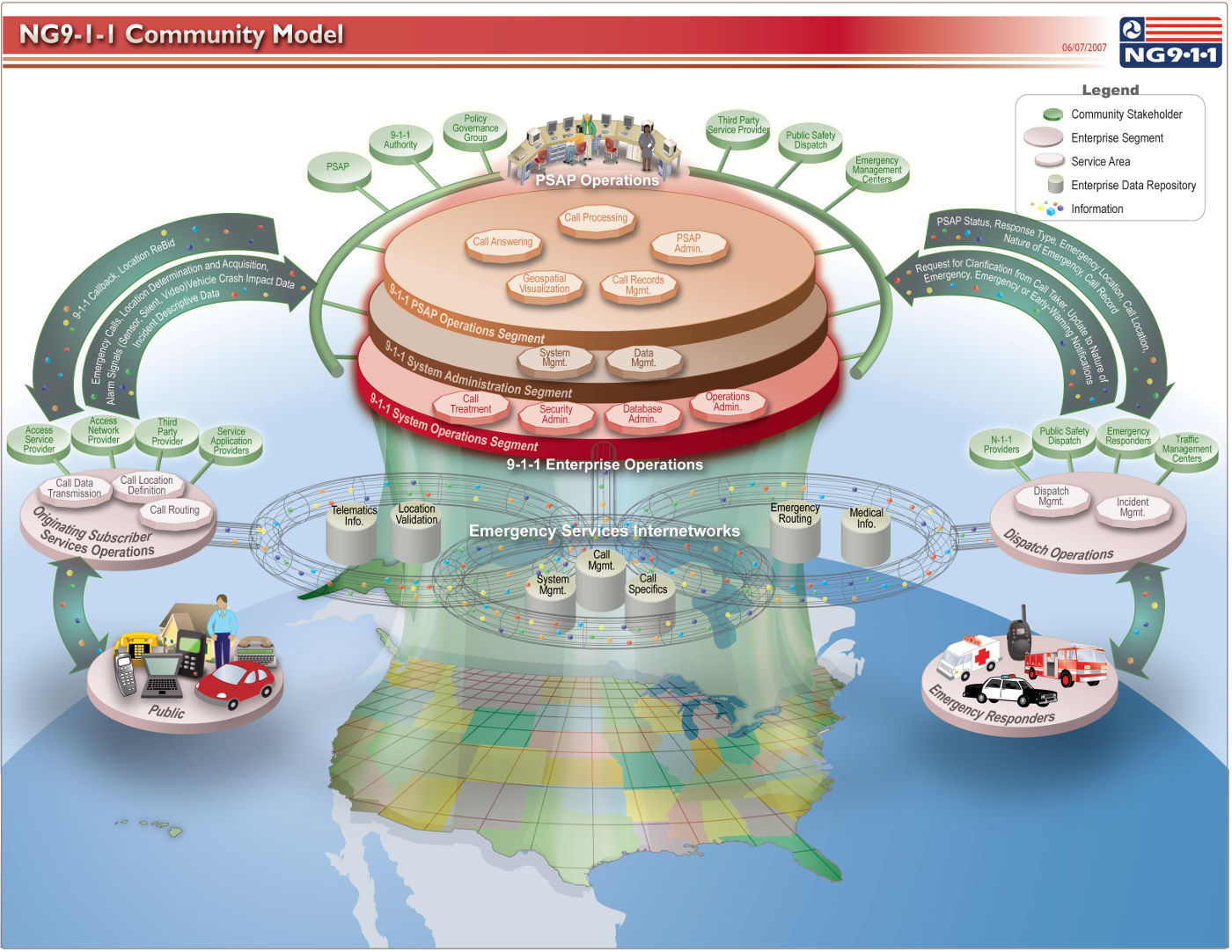 The Future Is Today
Imagine a reporting and response system making the following story possible: A patient with a known cardiac history begins to experience chest pain while alone doing some house cleaning. He sits down to rest and begins to feel worse. Using his smartphone, he sends a text message to the 9-1-1 center, alerting them to his request for help. Not only does the 9-1-1 center receive the request, but the patient’s smartphone gives them an exact GPS location and a call-back number. Emergency responders designated for that location are automatically dispatched. The patient doesn’t answer the return phone call, or update text message inquiries from the 9-1-1 calltaker.

The computer-aided dispatch system recognizes the patient’s smartphone number as that of a high-risk cardiac patient in a database of patients registered with a health information exchange network. Given the history, the initial request and the inability to make contact, the request is treated as a possible cardiac arrest. On their smartphones, neighbors in the immediate area receive automatic notifications of the potential cardiac arrest, along with the exact location of the patient and the closest registered AED. Two of the neighbors are able to respond, and with a simple tap on their phone, alert the 9-1-1 center of their intended response, their location and the phone number 9-1-1 can reach them at. Instructions on how to perform chest compressions are available on the responding neighbors’ phones if needed. The calltaker is able to reach one of the responding neighbors by phone, just as the good samaritan enters the home of the patient.

The patient is found to be conscious, but very lethargic. The calltaker is able to offer care instructions over the phone while the emergency responders are on the way to the scene. All of this information has been made available in real-time to the responding units via their vehicle’s mobile data terminals. As responders arrive and enter the home, their patient care reporting tablet already contains information on the patient, his medications and history and recent ECGs.

Nothing in this story is outside of current technology. Many of the components described are in place in various communities around the country. There are however, logistical, financial and operational limitations that have prevented this scenario from becoming routine. Technology is advancing at a rate far greater than the current infrastructure has been able to implement.

The integration of current and future technologies, and the funding required to match capability with reality, have become major focus points for systems around the country looking to fully implement NG9-1-1. Several stakeholder agencies continue to work toward standards development, funding models and implementation plans.

The majority of states have begun some form of implementation of NG9-1-1, with a small number already having state-level systems in place.

Tomorrow’s Potential
Technology, in the form of social media capabilities, software development and new portable–even wearable–hardware devices, seems to be showing no boundaries. Examples of products recently in the news include:

With these and other technology advancements growing at a rate most current 9-1-1 systems aren’t designed to keep up with, the efforts to get the NG9-1-1 infrastructure widely implemented will be key to utilizing the many tools available to emergency responders. Status updates are made available on the www.911.gov and www.NENA.org websites. The future is bright, and the possibilities are endless.