More
Home Administration and Leadership No Bailout for EMS: Running your system on less without running it...
Facebook
Twitter
WhatsApp
Linkedin 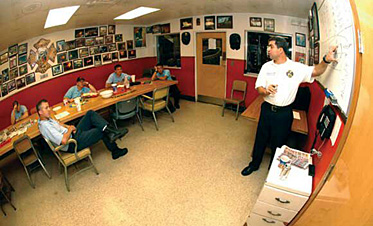 Times are tough. First, the housing market collapsed, and Congress drafted legislation to provide $350 billion to help borrowers refinance their mortgages. Next, the credit market collapsed, and creditors got bailed out. Then, the auto industry warned they were on the brink of collapse, and they got a presidential bailout.”ž

Many EMS systems in the U.S. rely on tax revenue to operate. Even private ambulance services are dependent upon tax revenue if they have a 9-1-1 contract or collect Medicaid from states (which have also seen their revenue drop). In some departments in Florida, the impact was felt in 2008 when voters approved a state constitutional amendment for a property tax rollback. So, whether your operation is publicly or privately run, tough economic times will likely impact you, too.”ž

Experts say this will be a long economic struggle, and it may take three to five years just for the housing market to stabilize. Unfortunately, I don_t see any bailout for EMS on the horizon.”ž

Cuts that Hurt
In many communities, EMS has been the “sacred cow,” and efforts were made to ensure an EMS operation was fully funded. But with unprecedented economic times, EMS is no longer untouchable. The question you have to ask yourself is: How do I manage my operation with less money?

If you_re forced to make budget cuts, you need to be extremely cautious. First, don_t have a knee-jerk reaction and make sweeping operational cuts. The impact will be dramatic and could have a lasting effect on your operation for years to come.”ž

Second, although personnel is an easy target because it_s the largest expense of any budget, laying off support staff is another hasty decision to avoid. The monetary benefits to having the proper staff and clerical support may not be obvious, but they need to be considered. For example, if your billing is handled internally and you lay off clerical support in the billing office, the result is a reduction in the processing of bills and submission for reimbursement. Translated: You_ll have less revenue coming in.

Any reductions in your budget should be done with a systematic approach that identifies potential ramifications up front. It_s also best to rank your options by least to greatest impact. Your goal should be to plan with long-term sustainability in mind.

Your goal should be to maintain the same level of service with reduced monies. So, even though you_ve assembled a team of people who can help you think through this problem, you_ll need data to support your decisions. For example, if you_re going to reduce your budget by 4% and you currently have an eight-minute response time, data analysis can determine the potential impact on response times, and you_ll have to decide if that impact is acceptable.

To reach your goal, think outside the box. Sometimes, we_re too close to a problem to see the solutions. But if you encourage everyone on your team to step back and look for ideas on how to do something differently, whether related to scheduling, restocking, billing, etc., they might come up with an innovation that could save money or time.”ž

More than Cuts
As the EMS manager facing a challenging budget year, you should look not only for where you can save but where you can earn. Additional sources of revenue, no matter how small, might carry you over a budget shortfall. And when efficiencies and new revenue aren_t enough, you may have to reduce services. Because the economy isn_t expected to resolve any time soon, we need to stay focused and decide wisely.“žJEMS

Gary Ludwig, MS, EMT-P, is a deputy fire chief with the Memphis (Tenn.) Fire Department. He has 30 years of fire and rescue experience. He_s chair of the EMS Section for the International Association of Fire Chiefs.