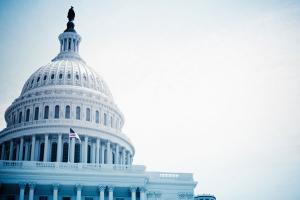 Neither snow, nor rain, nor the gloom of political sequestration could keep 195 intrepid EMS professionals from the swift completion of their appointed rounds during the 5th annual EMS on the Hill Day, hosted by the National Association of Emergency Medical Technicians (NAEMT).

As a powerful winter storm bore down on Washington, D.C., NAEMT planners scrambled to develop an alternate program just in case the 221 meetings they had so diligently scheduled with congressional leaders and their representatives were cancelled due to inclement weather. Just before 3 a.m. Wednesday, it was announced that all of the federal offices would be closed that day.

Several NAEMT members were pressed into service to develop a last-minute presentation for the attendees that covered key EMS legislation and healthcare reform issues. However, an hour into that session, word began to circulate that, while the U.S. Senators were not in their offices, many members of the House Representatives were still expecting the EMS delegations. After a mad scramble and many hasty phone calls, a significant number of the meetings were salvaged and the EMS professionals charged the Hill.

“This was a tremendous team effort from so many people,” says NAEMT President Don Lundy, NREMT-P. “It shows that, unlike other professions, EMS does not let weather–or the federal government shutting down–stop its tenacity.” In fact, with a suddenly open congressional calendar, many of the EMS attendees were able to spend extra time with their representatives.

It’s exactly that kind of relationship building that Lundy says makes a difference in garnering support for EMS issues. Four years ago, when NAEMT first hosted EMS on the Hill, they advocated for three issues: extending Medicare reimbursement, the Public Safety Officers’ Benefit and the establishment of the D Block for public safety communications. Although it typically takes seven years to get a bill through Congress, the three measures were passed within three years. “That’s your power,” Lundy told a record number of EMS paramedics and EMTs from 37 states, the District of Columbia and Puerto Rico.

EMS on the Hill Day was launched as a way for the profession to present a unified voice and a consistent message. Hosted by NAEMT, the process is open to everyone in EMS, regardless of delivery model. Lundy attributes its success to the face-to-face conversations between EMS professionals and congressional leaders. “Nothing sells a bill like the passion of the deliverer. EMS is a passionate business. I think they can see that. They remember us,” he says.

This year, EMS professionals again headed to the Hill with three “asks”:

“The biggest message of all is that we bring value to the community,” Lundy says. Despite the threat of snow and wind, the EMS professionals who attended the 2013 EMS on the Hill Day delivered.

For more information regarding the EMS legislation advocated by NAEMT, go to www.naemt.org.

How You Can Help
EMS providers who were not able to attend EMS on the Hill Day are urged to support EMS advocacy from home using the Capwiz Online Legislative Service. The program allows EMS providers to locate the district offices of their congressional leaders and provides contact information. You can even e-mail your congressional leaders from Capwiz. Go to http://capwiz.com/naemt/home.