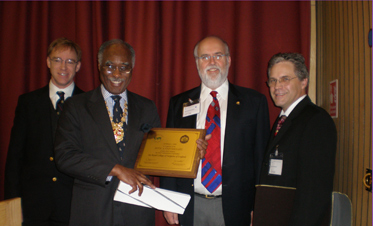 As you read this I hope you’re making plans to attend EMS Today in Baltimore. I’ll be participating in several trauma-related presentations at the conference this year. On March 26 I, along with Dr. Peter Pons, Dr. Jeffrey Guy and Greg Chapman, will be presenting an eight-hour continuing education (CE) offering “Trauma from A to Z.” It’s intended to cover the National Registry of EMT trauma CE requirements. Following that I’ll be on a panel and wind up with an assessment lecture at 7 p.m.

Rural trauma
The U.S. is increasingly urban and suburban. People are living in larger communities, and urban sprawl is consuming rural communities all over the country. I can remember the open spaces between Chicago, Milwaukee, Joliet and Kankakee when I was a child. Driving between these cities now shows continuous development and gives off a megopolis effect. EMS providers where I live in Chicago are paid positions, and the majority of the nearby suburbs have gone to at least partial paid personnel. Although this is the case in Chicago, I speak at conferences attended by thousands of volunteer personnel. In fact, EMS remains a volunteer effort of neighbors caring for neighbors across the U.S. in rural communities.

Rural trauma is a significant occurrence in the U.S. In fact, the National Highway Traffic Safety Administration (NHTSA) states that although only one-fifth of the population lives outside urban areas, these populations accounted for 57% of all traffic fatalities in 2005. A January article in the Charleston Express in Charleston, Ark. cites NHTSA when it states that rural patients were twice as likely to die from injury or illness due to failure to arrive at a hospital within an hour of the onset of the event. To address this, a variety of endeavors are underway.

Addressing the need
Helicopter programs have expanded and provide additional options for rural trauma victims whether responding to the scene or providing critical care transport between facilities. Several groups, including the American College of Surgeons, are promoting outreach. Training programs provided by trauma centers are built around trauma systems. Organizing system components that look at available resources, gaps in the system, and ways to fill the gaps and give patients their best chance at good outcomes. If you’re in a rural area and have not seen any of these initiatives, check with your local, regional and national trauma societies and the American College of Surgeons for more information.

Two decades of trauma training
The Royal College of Surgeons is involved in prehospital training in cooperation with the National Health Service (NHS) having brought the PHTLS program to England in 1993. The RCS also provides trauma training for nurses. Current chair for PHTLS in the UK is Stuart Alves. The chair for the nursing program is Jane Tippett, and Ruth Dyson coordinates the RCS office that supports trauma training for physicians, nurses and prehospital personnel.

On Feb. 1, the RCS of England has celebrated the 20 anniversary of the first Advanced Trauma Life Support (ATLS) course in England. I was able to participate in an anniversary course in Harrogate along with Dr. John Kortbeek the ATLS subcommittee chair, leading up to a special program at the Royal College in London. It was a great experience to see the enthusiasm of the veteran faculty as well as the newer faculty.

Mr. Bernard Ribeiro (surgeons use the title Mr. in the UK), the president of the Royal College of Surgeons, addressed several hundred attendees at a day-long celebration of the college’s efforts related to trauma Organized under Dr. Ros Roden, the ATLS chair in the UK, trauma-related presentations were delivered by European, Australian and North American presenters throughout the day. Dr. Kortbeek presented the president and Dr. Roden with a plaque honoring the ATLS program’s 20 years in England.

I like this meeting for several reasons. I’ve always enjoyed working with people involved in our business from all over the world, and I feel I’ve learned much from that exposure. This conference allows for much interaction and includes presentations for physicians, nurses and prehospital personnel. The lectures are translated so presentations in Spanish are translated into English and vice versa. Next year’s Congress will be in Campinas, Brazil from Nov. 18-22, and I expect up to 1,000 trauma professionals will be in attendance. If you ever have the chance to wrap vacation time around a meeting, I think the experience would be a valuable one for you.

That’s it for now. I look forward to seeing you in Baltimore.