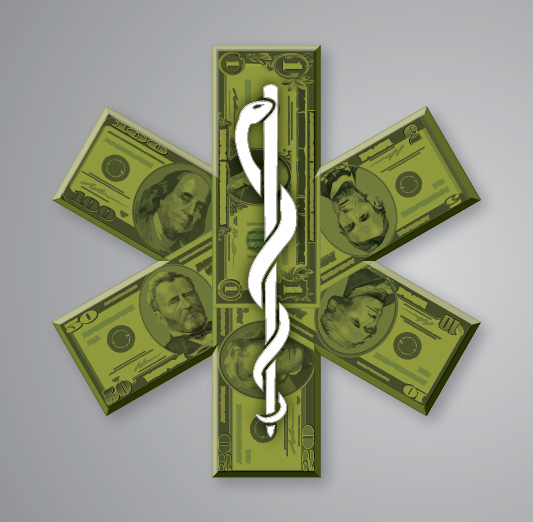 A look across two years of data

We’re excited to present the results of this year’s JEMS Annual Salary Survey, based on calendar year 2016 data. This annual nationwide salary data collection and analysis has become an important industry tool.

For consistency of thought and data, JEMS engaged the same authors from various industry backgrounds and experience to help analyze and summarize findings and to start a more structured year over year trending approach.

We’re happy to report that these efforts have continued to pay great dividends for the annual survey, with another benchmark set. We had the highest engagement rate ever in the history of the survey, with 1,332 overall survey responses compared to 1,267 in 2015. (See Table 1.)

Everyone involved in this project wishes to thank all of the participants for their time and effort in completing the survey. These efforts have given us the ability to benchmark and compare important pragmatic variables at a much higher rate of accuracy. We hope you found it easier, more streamlined and less time-consuming than previous years.

As in years past, surveys were performed anonymously and independently. Respondent groups with a response rate of n < 5 were excluded, and the data sampled was for the 2015 calendar year.

Additionally, extreme outliers were excluded from the data and our experts from EMS Survey Team advise that any grouping reported with an n < 30 should be considered questionable from a statistical standpoint. Please note that groupings with an n > 5 and < 30 are still reported for informational purposes only.

We caution readers not to draw any conclusions at this point from highlighted year over year comparisons, as the authors intent is to trend the industry over time, and two years does not a trend yet make.

Reported EMS compensation across all job categories was up in 2016 on average by 9.4% based on hourly and annual rate comparisons, with leadership positions seeing the largest rate of reported rise. 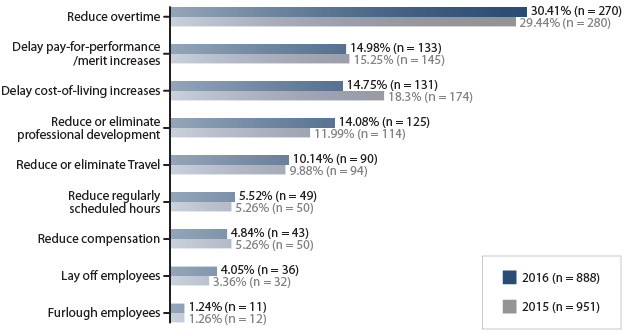 Other cost reduction strategies were mostly stable between 2015 and 2016; however, the top five strategies shifted order between the years, with delayed pay-for-performance/merit increases jumping to 2nd place in the 2016 list (up from 3rd place in 2015), and delaying cost of living increases slipping to 3rd place in 2016 from its 2nd place ranking in 2015.

We also saw a shift in the 5th-place strategy in 2016, with compensation reduction now in the top five list of cost reduction strategies, replacing reduction of travel expenses, which was in 5th place in 2015. 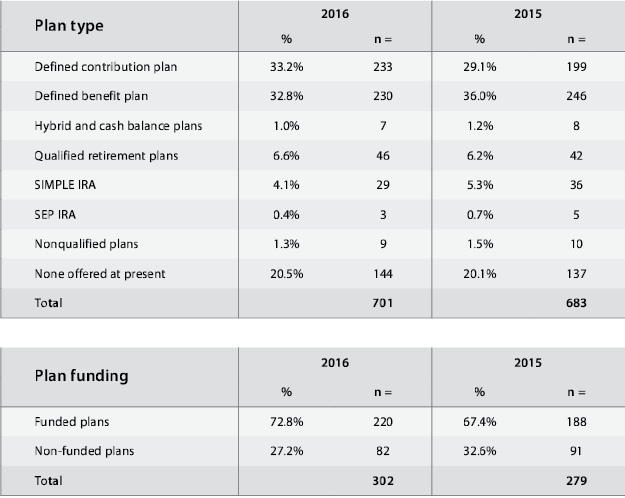 The 4th-place strategy of eliminating professional development support was unchanged, however, a greater percentage reported the use of this costr reduction strategy in 2015.

Retirement plans seem to be a “no-fly zone” in terms of benefit offerings, with the mix of plans experienced by the EMS industry seeing little change year-over-year. (See Table 2.)

This wasn’t the case with overall benefits, where respondents reported drops in partially- paid benefits by their employer as well as a significant-nearly double-increase in the percentage of respondents reporting complete elimination of some benefits in 2016 when compared to 2015. (See Table 3.)

Oddly, this is offset by a slight increase in total benefit categories reported as offered to employees between 2015 and 2016.

Given the limited amount of trending data available, it’s unknown if the year-over-year differences are normal variance or special cause, so we caution readers not to draw conclusions from this information. 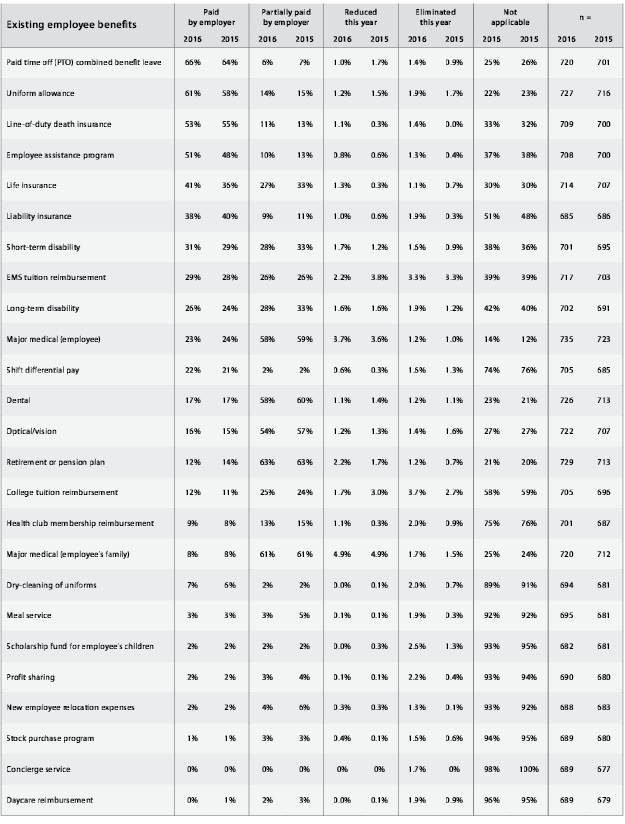 To compare different areas across the country, we’ve divided the United States into 10 regions based upon FEMA zones, and we’ve placed a ranking for the average salary of each position and included any obvious findings associated with these rankings.

Regional variances can be caused by many factors, such as cost of living, evolution of the EMS systems, and simple supply and demand-the number of jobs and the corresponding number of certified personnel.

This year, we provide the average salary by region for the following positions: EMT, Paramedic, Education Coordinator, Operations Manager, Administrative Director and Executive Director. We present data for both 2016 and 2015, and include where each position ranks in average salary compared to other regions.

Understanding these differences is important when comparing one region to another. Annual trending (i.e., increases or decreases) within a region is helpful to determine the future state or identify regions to migrate to or away from.

Although two data points don’t indicate a trend, we found the following findings worth highlighting: 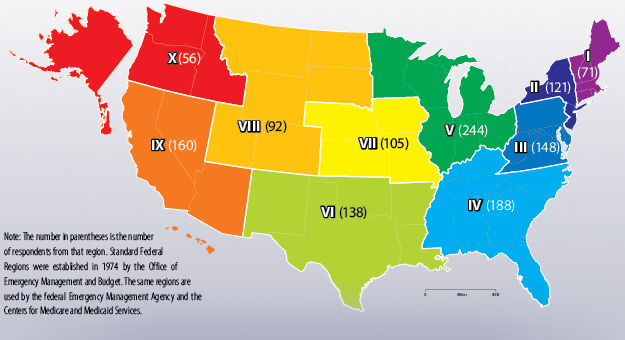 It’s impossible to truly identify significant trends using two data points; however, the data supports the general tone of what most of us are experiencing, hearing from our peers and learning about at conferences: It’s becoming harder and harder for EMS to financially survive as an industry.

Although wages did go up between 2015 and 2016, benefits appear to be diminishing. More importantly, with nine out of 10 regions reporting reductions in both EMS education and college tuition reimbursement, we appear to be compounding the problem with recruitment and retention of staff by not focusing dollars on education and staff development.

Another important item to highlight is the continued depression of wages for EMS positions when compared to other similar positions in healthcare (which is considered most of the work we do). Although this comparison is beyond the scope of this article and our survey, we invite you to research healthcare wages from various valid sources on the internet.

The only way to fill this wage gap is for EMS to elevate itself from a vocation to a profession, with education coupled hand in hand with federal and state healthcare reimbursement reforms. EMTs and Paramedics should be classified as healthcare providers and our work compensatation should be based on living wages, should cover the actual costs of the care provided, and allow for a reasonable margin by which to recapitalize, perform research, and reinvest in the development of our people and profession. 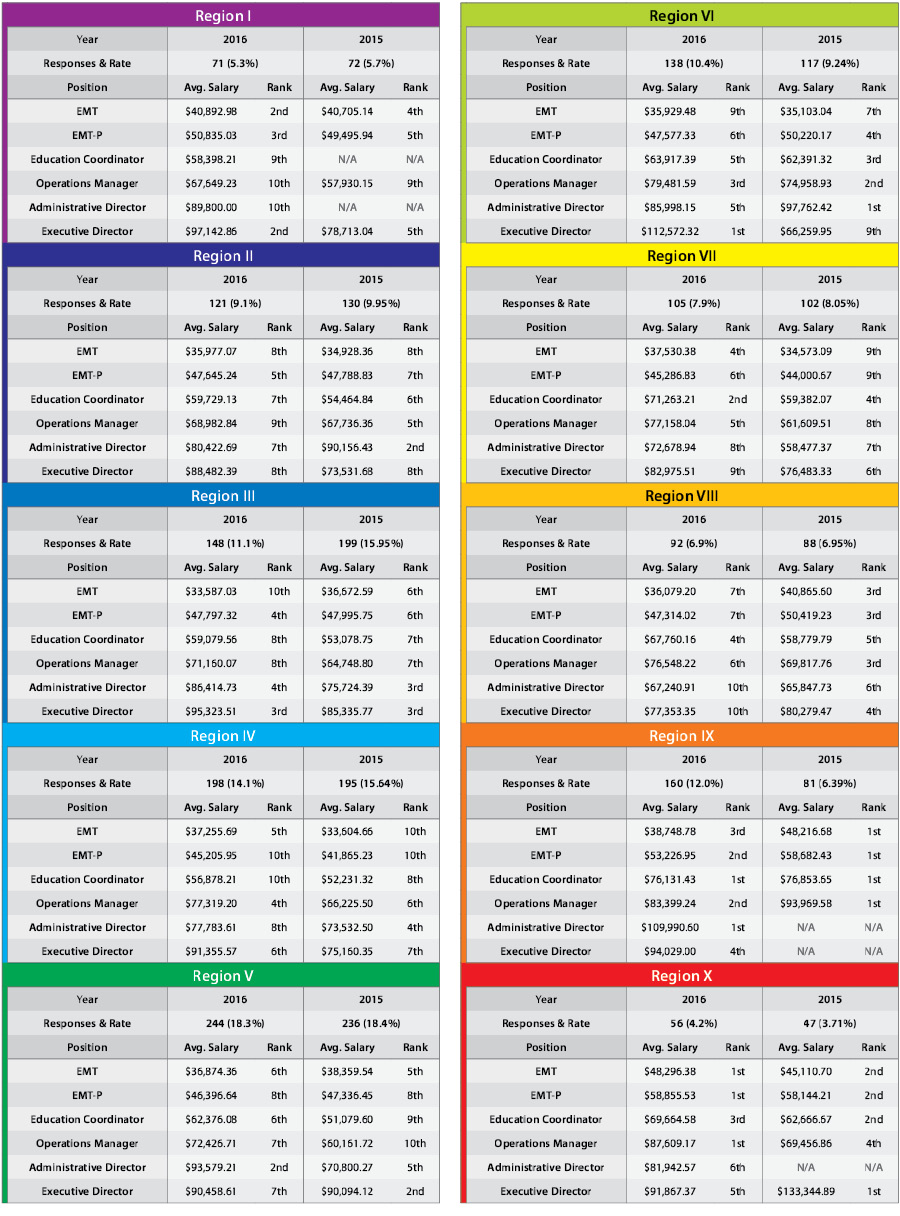 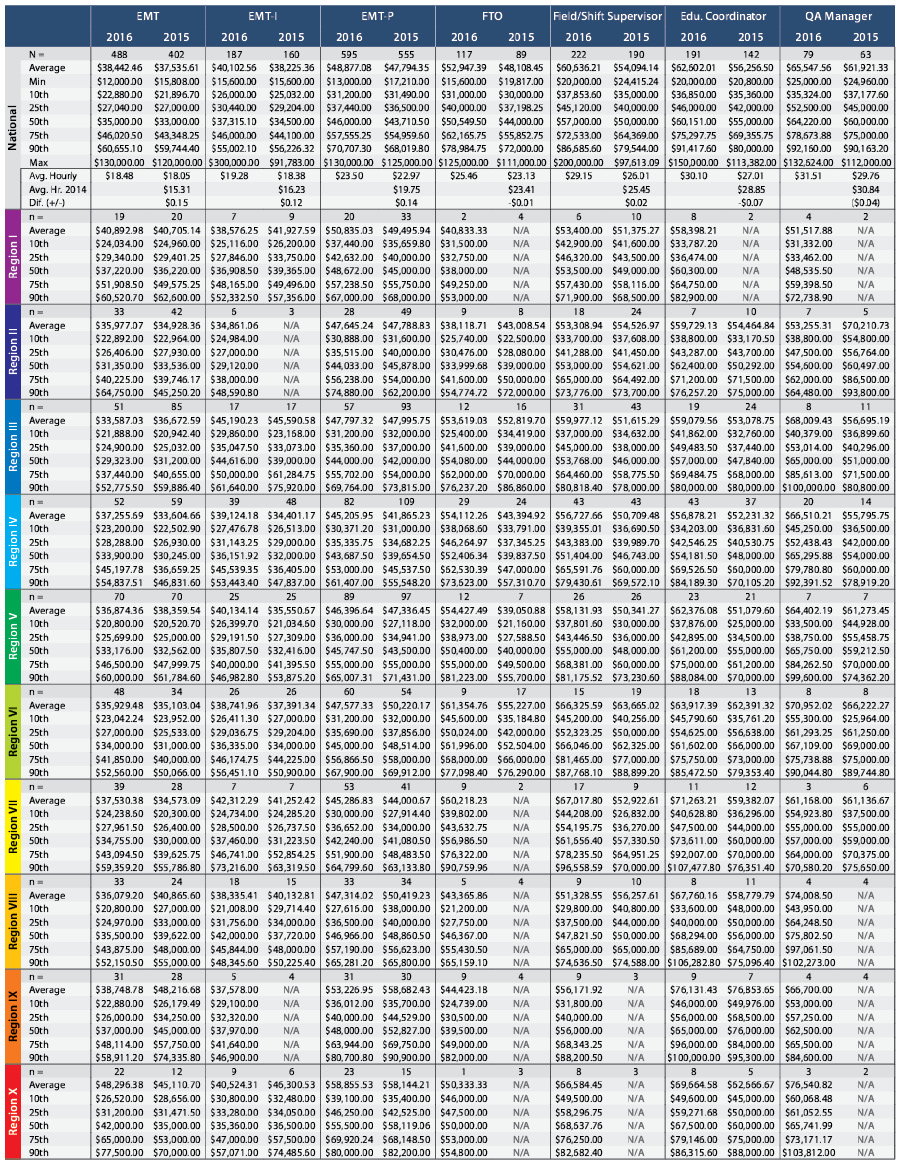 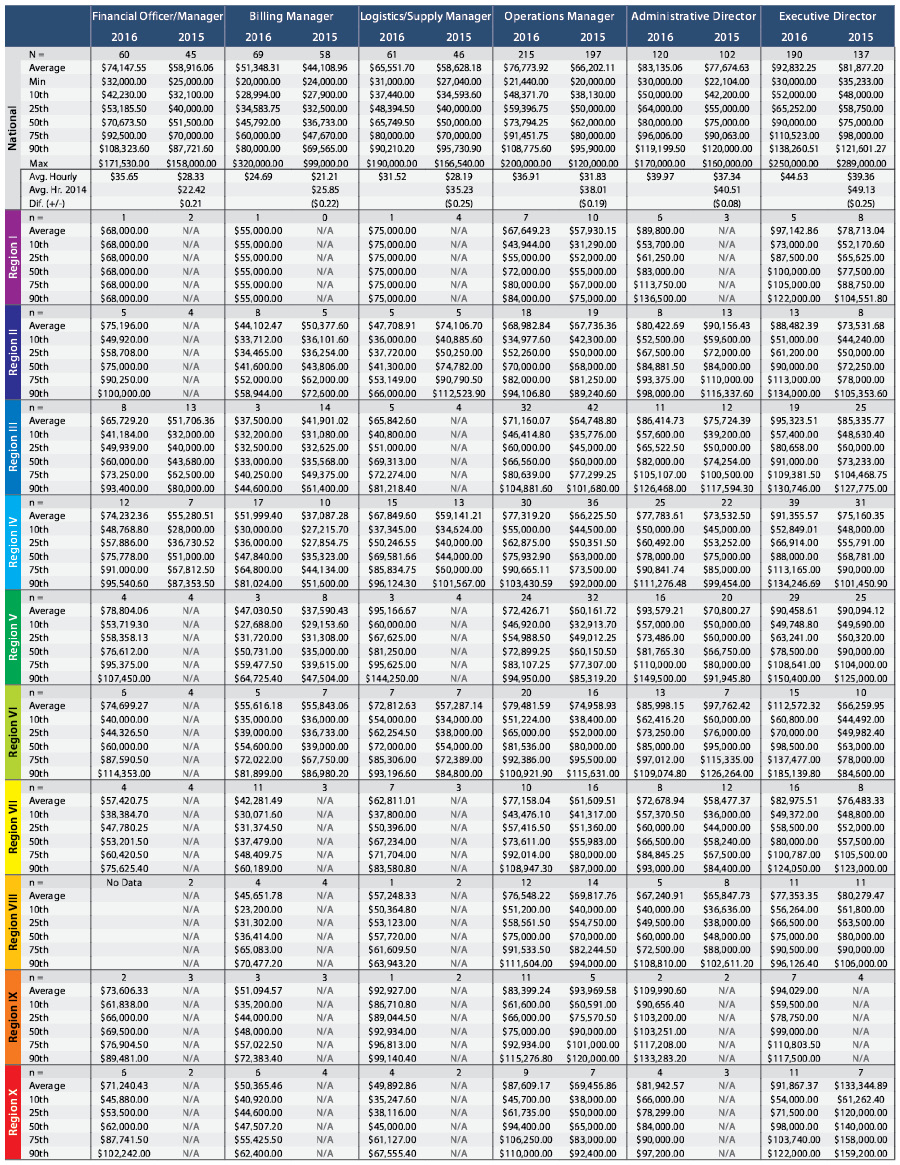