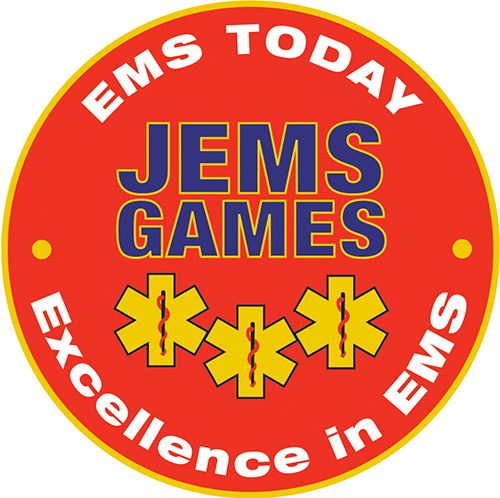 Registration Now Open for the 2016 JEMS Games at EMS Today

Prehospital providers from across the U.S. and around the world are invited to compete in the annual JEMS Games clinical competition at the 2016 EMS Today Conference and Exposition, being held Feb. 25—27 in Baltimore, Md. The first 10 teams to register to compete will receive free Gold Passes for their members to attend EMS Today.

The goal of the JEMS Games is to present a fun, challenging and educational experience for emergency medical personnel that results in participants being better prepared for the challenges they encounter in the field. The competition introduces its participants to new technologies and techniques that can be used to manage patients of all levels of criticality.

The JEMS Games, unlike other EMS competitions, isn’t designed to test a team’s ability to recite assessment protocols. JEMS believes competition teams already excel in assessment and patient care and that their team members can complete assigned tasks at a rapid, but efficient, pace. Therefore, the JEMS Games use the competition’s skill stations to observe each team’s performance of clinical excellence instead.

The preliminary competition will be conducted on Thursday, Feb. 25, 2016, on side-by-side identical courses. All teams begin at station 1–hazmat recognition–and then proceed through a window to access the remainder of the course. All equipment, except for the primary ambulance stretcher, must be moved safely through the window in order to proceed to the next station: a coordinated kit haul where each team needs to haul three kits up to an elevated platform.

Once the kit haul is safely completed, teams move on to an elevated platform where they encounter their patient. The patient will initially be conscious and in need of immediate treatment but will lapse into cardiac arrest, requiring the team to perform consistent, quality chest compressions throughout the remainder of the course. 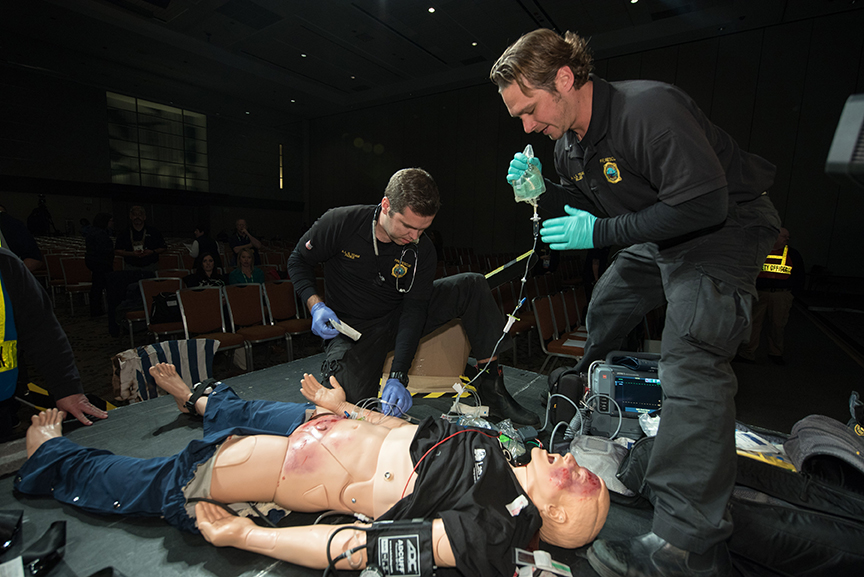 Teams next secure their patient onto a backboard and stretcher and then navigate through a serpentine obstacle course, moving safely–and in a coordinated manner–with quality CPR compressions delivered the entire time. The team is done once they’ve transferred and secured the patient and kits inside the ambulance.

The final competition is a 20-minute, scenario-based event that tests each finalist team’s ability to manage multiple patients with varying illnesses or injuries in front of a large audience of their peers. The scenario is unknown to both the teams and the audience; this creates an element of surprise and tests the team’s ability to size up a scene and locate and triage patients. The final competition focuses these skills: working as a team; gaining control of a scene including conducting a thorough scene and hazard assessment; performing patient and crowd control; and assessing each patient’s illness or injury and managing each condition in a complete, compassionate and efficient manner.

The scenario of the 2015 JEMS Games challenged teams to care for five patients of a helicopter crash occurring in a residential neighborhood. Three patients (including a baby) were directly affected by the damage caused by the crash, while two additional patients were surprises for the competing teams and presented after the nine-minute mark. Time was called at the 17-minute mark, after which the lead paramedic had one minute to gather information from his crew and subsequently provide a hospital report over the microphone in the remaining two minutes. 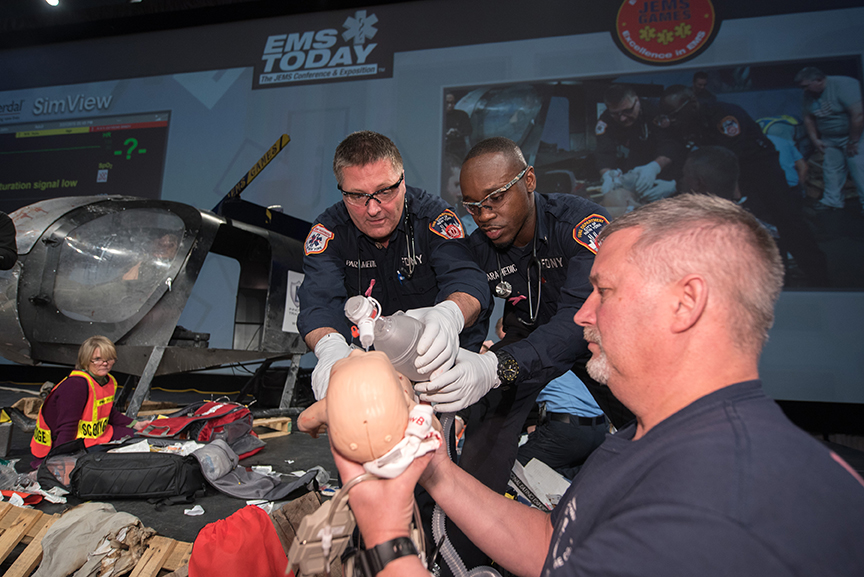 If you wish to compete in the 2016 JEMS Games, you must register an eligible team online at www.emstoday.com/jems-games.html. An eligible team is comprised of three caregivers (and one alternate) capable of functioning together or individually in prehospital situations. Examples include paramedics, EMTs, registered nurses and military paramedics. One member of the team must be a paramedic, and physicians and physician assistants are not eligible for this competition, even if they also hold EMT or paramedic certification. Registration for the JEMS Games closes on Jan. 8, 2016, or when the limit of 28 teams has been reached. Don’t miss out on this exciting opportunity–register today!