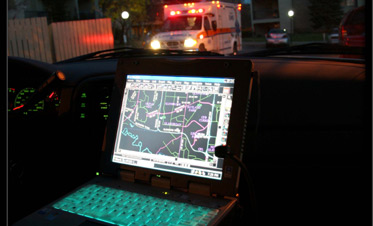 My first real exposure to System Status Management (SSM) occurred more than 10 years ago in a”žCalifornia system. It was my good fortune to be a brand-new field supervisor, less than a week on the job, when SSM was implemented. I_ll never forget the fire in the eyes of the first crew I talked toÆ’it wasn_t the good kind of fire. Their 12-hour unit normally ran 10 to 12 calls per shift pre-SSM. After SSM, they ran one call and 50 move-ups! Needles to say, the system needed adjustment.”ž

I can_t tell you the statistical accuracy of SSM, how it works, or how it compares with other systems. I_m told it_s a computer analysis of call data that determines where and how many units are needed each hour, of each day, of each week, of each month of the year. As far as I_m concerned, behind the computers that spit out the formulas and graphs is a witch doctor rolling some bones, a palm reader using tarot cards, and a gypsy with a crystal ball. Having worked in two different systems that use SSM, I_m pretty sure that_s how most field crews see it as well.”ž

I_m not going to debate the usefulness or efficiency of SSM.”žIt_s”ž a reality in many urban, high call volume systems, and it_s not going to go away. I don_t necessarily want it to go away. But I would like those who develop local systems to consider a factor that cannot be entered into a formula or charted on a graph. It_s the human factor of SSM.

The human side of SSM can be very frustrating. Crews are often stuck for hours in cramped ambulances and moved from place to place without, what appears to them, any rhyme or reason. Then, when they get a call, it_s in the area they just left because the status plan said to move somewhere else. Or, they spend their shift moving from place to place and run very few calls. I know people who have left an”žEMS agency because of SSM and others who won_t put in an application at a service that uses the phrase Ë™high performance systemà“ in their ads. With the shortage of”žEMS personnel around the country, we can_t afford to alienate any potential employees.

There are some things that can be done to make SSM more humane. Crew comfort is high on the list. My current employer had the manufacturer of our Type 3s extend the cab slightly into the patient compartment to give the crews more room up front. The loss of space in back was negligible. The crews can now recline further back and stretch out more. Plus, there_s now more room behind the seats for personal items.

All of our new units come with an in-dash DVD player. The crews can check out movies in the ambulance bay at the start of each shift. The parking brake must be on to watch the video. Each unit has a small ice chest for drinks that are supplied by the employer. An ice machine is in the ambulance bay. On days when the crews are really getting their butts kicked, the field supervisors have drinks and snacks for the crews. They sometimes buy a bunch of pizzas so each crew can have a couple of pieces and take a short break from the chaos.

The biggest way to make SSM more humane is to give the crews input into the system. Form a committee with the people who write the SSM plan and field crews. Let the crews pick the exact location of the street corner posts so they can check them for safety and comfort. Instead of changing plans every hour around the clock, let the SSM plans change every two hours during off peak times so the crews have a chance to stay in one place for awhile. Create some fixed posts with TVs, sofas, microwave ovens and bathrooms. Find a way to change a post if the crews have problems with it.”ž

Finally, make a shift schedule that fits your crews. Think of things other than the traditional four 12-hour or four 10-hour shifts in a row. Find out what your crews want. Some want to go to school. Others want to spend more time with their families. Some people want to work three 16-hour shifts or one 24-hour and two 12-hour shifts per week. If your system has a lot of local interfacility transfers, consider a unit that_s always first up for these transfers but still handles 9-1-1 calls as well. After completing eight transports (or some other fixed number), this unit goes home and gets paid for a full 12-hour shift.”ž

However an SSM plan is developed, we must include the people who are going to be affected by it. Listen to your crews and do your best to make their lives more comfortable. Ride with them and see what their day is like. Sometimes, it_s the simple things that ease frustration and make employees feel more valued.