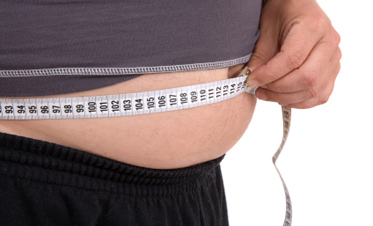 Yesterday, I went to Wal-Mart to get some things we routinely use around the house. Any given Wal-Mart is certainly a microcosm of society. But, there was something about this trip that was different. On that day, it seemed that everybody in the store was obese, and those who were very obese were riding those motorized shopping carts. To me, it was sad.

For some reason, the lyrics of “In the Year 2525,” by the 1960s Nebraska band “Zager and Evans,” came to mind. The song was actually a criticism of our overreliance on technology. The lines I was thinking about were:

In the year 2525
Your arm’s hangin’ limp at your side
Your leg’s got nothin’ to do
Some machine’s doin’ that for you.

My Own Struggle
I understand obesity because I have fought it much of my adult life. And we seem to have more than our share of obese people in EMS. Many people think that EMS is physically challenging. It can be. But, for the most part it’s sedentary with a few bursts of physical work. The necessity to eat on the run (often at fast food joints) worsens the situation. The fire side of the house, for the most part, has embraced physical fitness and, to a lesser degree, dietary improvements. EMS and law enforcement seem to be lagging behind.

On New Year’s Day of this year, I made a resolution to lose weight and have actually kept it off. I have lost more than 40 lbs. and feel so much better — not just personally — but mentally. I have found my exercise tolerance has improved, and I’m sleeping better. But I am still not exercising enough.

Three things have made me stick to this lifestyle change. First, adult-onset diabetes runs in my family, and I want to hold off on that as long as possible. Second, as an emergency physician, I feel that I can’t talk to patients about lifestyle change if I don’t change my own lifestyle. Third, I want to spend as much time as possible with my children and grandchildren during the coming years.

The Right Way to Lose
The problem with most weight-loss regimens is that they require people to eat unreasonable foods that are ultimately unsustainable. Thus, when people lose the desired weight, they slowly resume their former, somewhat normal eating patterns, and the weight comes back. Also, these diet fads and surgeries are a “quick fix;” research seems to show that slower weight loss is ultimately more sustainable.

I knew I had to find another way. I started by closely analyzing and studying my behavior. Both my wife and I rarely ate breakfast. Sometimes, when working, we didn’t eat lunch. In the evening, we’d be very hungry and eat a big dinner — usually late (which is common in Mexican culture). The problem was that my wife was almost underweight (around 100 lbs.), and I was overweight. Also, we knew there were certain foods we would never give up (e.g., barbecue, Mexican food and the occasional fried chicken). The solution was to eat these less often and in moderation.

So, what have we done? First, we always try to eat breakfast. It may be a bagel, banana or bowl of cereal without sugar. Sometimes, it’s a real breakfast with eggs, sausage and grits. Second, we try and eat a light lunch. Subway sandwiches are cheap and work well. For dinner, we try to be more diverse. We eat as healthy as possible and, for me, in much smaller quantities. We still occasionally splurge with enchiladas or a steak (but, again, in much smaller quantities). It seems to have worked so far. And, in the end, we won’t have to worry about transitioning to a “normal diet” as this has become normal for us.

It hasn’t been easy. I travel a great deal and find myself eating in hotels, going to “business dinners,” or eating the food in the first class section of airplanes. I try to plan for this and adjust my other meals accordingly. I have a great affinity for Diet Cokes. Thus, I have transitioned (as much as possible) from diet drinks to water, juices and iced tea. Lastly, I have replaced desserts with fruit.

Conclusion
What has worked for me may not work for you. But, we all must embrace lifestyle changes to survive, lest we all end up in motorized wheelchairs shopping for Twinkies at Wal-Mart. For the younger EMTs and paramedics, I come to you from your future. Let’s all make a commitment to live healthier and longer. For many of us, it will be a lifelong struggle — but it will be worth it.