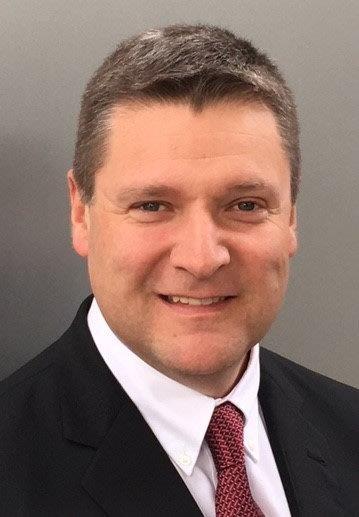 We talk quite a bit about cardiac arrest care. As time goes on, we see again and again that high-quality compressions, early defibrillation and proper airway management are the key to resuscitation. That being said, much research is still being done on medication combinations that may increase resuscitation rates and neurologic recovery.

Coming to us from Greece, authors from three large tertiary-care hospitals performed a randomized, double-blind, placebo-controlled trial comparing the efficacy of vasopressin coupled with epinephrine and methylprednisolone vs. epinephrine with placebos. Patients were randomized on admission and medications were premixed prior to administration to prevent bias. If the patient went into cardiac arrest, they received either a standard dose of epinephrine with normal saline placebos or 20 units of vasopressin per CPR cycle for the first five cycles, as well as 40mg methylprednisolone (vasopressin-steroids-epinephrine–or VSE–therapy) once in addition to standard epinephrine therapy.

If resuscitated, patients in the test group had primary end points of maintaining a pulse for 20 minutes and survival to hospital discharge with favorable neurologic recovery.

Results: 268 patients were studied overall with 138 in the control group and 130 in the VSE group. Patients who had return of spontaneous circulation (ROSC) prior to the second round of CPR were excluded from the data. Initial ROSC rates were fairly similar with 109 (83.8%) patients in the VSE group and 91(65.8%) in the control group maintaining a pulse independently for >20 minutes. Numbers at one and 10 days remained fairly consistent. The examined end point, however, appears fairly compelling. Fifty-eight patients who survived 1 day after cardiac arrest in the VSE group received stress dose cortisone for 10 days. Among them, 29 survived and 18 were discharged with a CPC score of 1 or 2 (essentially neurologically intact), which accounts for 13% of overall patients in the VSE group.

Discussion: This is interesting data. The authors proved their hypothesis that the combination of vasopressin, epinephrine and steroids improves both initial resuscitation rates and neurologic survival; however, we’re looking at adding two drugs, so it’s hard to say which makes the difference. This is also data from in-hospital cardiac arrest where time from event to time of first CPR is generally lower than in the prehospital setting. Nonetheless, we applaud research that offers new combinations of medications that increase neurological outcomes and overall resuscitation rates.

Stylet Use in Intubation

Many of us learned to use a stylet for all intubations in paramedic school, but not much research exists on its efficacy. Researchers from several Pittsburgh-area hospitals set out to see if the use of a stylet would decrease intubation times. They gave 23 “experienced intubators” (defined as anesthesiologists and emergency medicine physicians) a choice of a Miller 3 or Macintosh 3 blade for endotracheal (ET) intubation attempts. They also had 23 “novice intubators” (defined as paramedic students, EMT students and medical students) watch a 12-minute video on intubation practice and technique, after which they were given a Macintosh 3 blade for intubation attempts.

All study participants were given six consecutive ET intubation attempts on a Laerdal airway manikin, three with a pre-curved stylet placed into a 7.0 ET tube and three 7.0 tubes with no stylet. The manikin was set to “difficult airway condition with the activation of cervical spine immobilization and posterior pharyngeal obstructing features.” Attempt time was recorded as soon as the blade entered the mouth and ended with the balloon of the tube passing through the vocal cords.

Discussion: New research is always exciting to see, and we don’t ever want to discourage it; however, this study is not without its flaws. This was a study performed in a lab with a mannequin. Despite great advancements by companies like Laerdal, mannequins still don’t quite compare to the real-deal airway; furthermore, the authors proved only that a stylet doesn’t decrease intubation times. This data doesn’t speak to the advantage or disadvantage of stylet-assisted intubation, and, as the authors admit, further research is needed. It would also be interesting to see time comparison of apnea in intubation attempts with and without a stylet. As always, use your best judgment and stick to equipment that you’re familiar and comfortable with.

To CPAP or Not to CPAP

It’s well known that continuous positive airway pressure (CPAP) is an incredible tool for EMS providers. Previous studies have shown an overall decrease in prehospital intubation rates with the implementation of CPAP; however, authors from Peel, Ontario, Canada, felt further research was warranted. They performed a retrospective review of EMS charts and hospital care for patients presenting with acute respiratory distress for one year prior (“before CPAP”) and one year following (“after CPAP”) implementation of CPAP at the Peel Regional Paramedic Service. Patients had to present with: tachypnea, wheezes or rales, systolic blood pressure greater than 90, and a Glasgow coma scale score greater than 11. Patients who had a valid do not resuscitate (DNR)/do not intubate order were excluded. All cause in hospital mortality and in hospital intubation rates were compared between the two groups.

Results: There were 288 patients in the before CPAP group and 214 patients in the after CPAP group after excluding those with valid DNR orders. It’s worth mentioning that the authors felt approximately 350 patients from each group would be required for statistical analysis.

A total of 89 (41.6%) patients in the after-implementation group were placed on CPAP. Fifteen percent of patients who didn’t receive CPAP despite its clinical indication had no documented reason for lack of placement. Patient characteristics were similar across the board with a mean age of 73. Hypertension was present in 258 (51.35%) patients.

Discussion: On the surface, this article relatively contradicts prior research showing the benefits of CPAP; however, keeping in mind the smaller-than-planned sample size, the authors agree that more research is needed. We hope our readers will consider further research on CPAP.

What we know: Aggressive CPR with minimal interruptions coupled with effective ventilations and early defibrillation makes a dramatic difference in cardiac arrest survival.

What this study adds: New combinations of drugs, including IV steroids, may increase neurological survival rates.

Presented as a poster and awarded best original research at NAEMSE 2013, Mr. Carhartt sent surveys to 342 accredited EMS education programs nationwide wondering what “perceived barriers” were present in their abilities to perform EMS-based research. Results showed that 84% (287) of respondents felt that educators should perform research, but only 22% (75) had ever conducted EMS-related research.