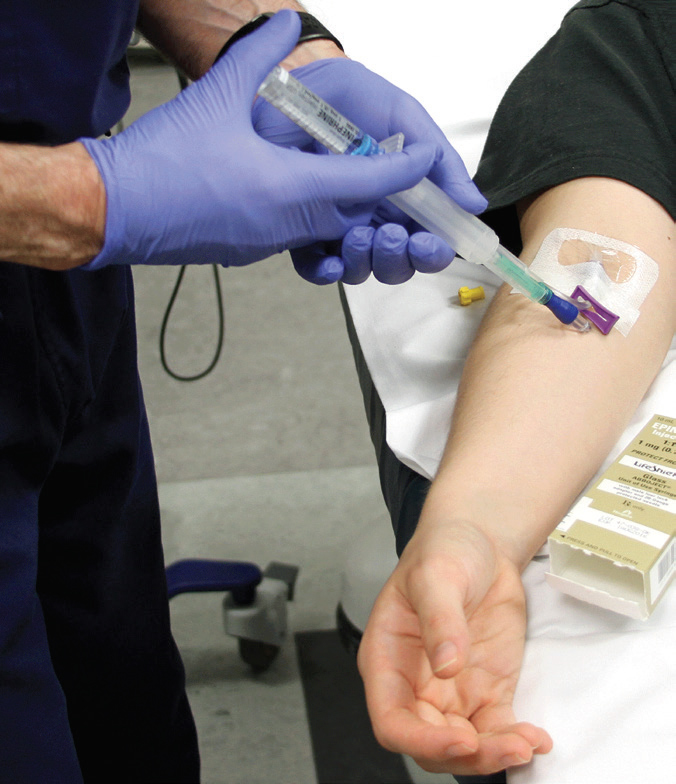 Background: Ever since Redding and Pearson used epinephrine pre-shock to assist in converting ventricular fibrillation to a perfusing rhythm almost 50 years ago, it has been included in the prehospital and hospital protocols used for v fib and pulseless v tach.1

Currently, the ACLS protocol for v fib and pulseless v tach recommends that epinephrine be given after the second defibrillation. Many hospitals and EMS systems, however, have been giving it earlier.

A recent study published in the British Medical Journal evaluated whether giving epinephrine before the second shock might better optimize survival (“early epi”), or whether defibrillation, followed by two minutes of CPR and a second shock, was more appropriate before administering epinephrine to patients remaining in VF (“late epi”).

They evaluated return of spontaneous circulation (ROSC), survival to discharge and good neurologic survival at discharge. They used the Get With The Guidelines network of hospitals, which is composed of more than 300 U.S. hospitals.

The p values were < 0.001 in all cases, meaning that each of these differences were statistically significant. These patients were then matched with another group using a propensity score.

This study showed that over 50% of the cardiac arrest patients with a shockable rhythm received epinephrine in the first two minutes which is counter to the current AHA recommendations.

Conclusion: The most important finding in this study of 2,794 patients was that those who received epinephrine early had a decreased rate of ROSC, decreased chance of survival, and a decrease in good functional outcomes. Based on the results of this study, emergency care providers should follow the current ACLS guidelines and wait to give epinephrine until after the second shock in a shockable rhythm.

Is There Such a Thing as Drinking Too Much Water?