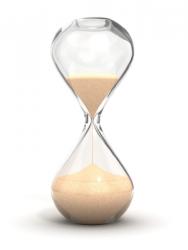 The Science
This is a retrospective observational cohort study of adults with life-threatening injuries in a large, all ALS-EMS system based in an urban setting and examining the relationship between response times and patient outcomes–specifically looking for a relationship between response times greater than and less than eight minutes. Investigators accounted for patient acuity, gender, age and combined scene and transport times, as these variables could be confounders in the analysis.

During a one-year study period, 7,760 units’ responses were included in the analysis, with 1,865 (24%) being â‰¥ 8 minutes where 7.1% of patients died compared with patients who had a response time of â‰¤ 7:59 minutes, with 6.4% of patients dying. Further analysis demonstrated a small benefit to patients with response times of â‰¤ 7:59.

Investigators conclude there is questionable evidence to suggest a benefit of response of a dichotomous 8-minute interval response time. Furthermore, investigators call for more research into the effectiveness of rapid responses and potential benefits.

Medic Marshall: In my opinion, this study highlights excellence in EMS research, as it was successful in examining a relationship between EMS and patient outcomes, specifically related to response times. If you’ve spent any time in EMS, you’ve heard, “We need to improve our response times to (insert city, county, zone, etc).” But we need to examine why this is?

In the early 80s a study was conducted that demonstrated an improved benefit from rapid defibrillation in cardiac arrest patients, showing that patients in ventricular fibrillation (v-fib) arrest, who were defibrillated within eight minutes of down time had improved survival. Since then, it was universally accepted that all emergent responses should fall within that interval. However, this logic is fatally flawed because cardiac arrest only makes up a small percentage of all EMS responses. So why continue to set this benchmark as the industry standard? Because “that’s the way it’s always been.”

It’s no secret EMS is a dangerous job. We race against the clock to get to these patients, when there is now some very questionable evidence that shows it makes any difference whatsoever. As an industry, we need to demand more research examining the benefits (or non-benefits) of response times. We need to stop using the response time as one of “the” benchmarks of performance and find other measures of performance, such as safety and patient outcomes.

Dr. Wesley: There need to be more studies like this. It’s only when we critically analyze our system performance that we can make intelligent decision regarding its design.

As for this study, it’s difficult for me to use it to challenge what occurs in my own system. Although the authors showed no significant difference in survival based on less than or greater than eight minutes of a response, I had hoped to see a breakdown of the clinical conditions of the patient in both groups to determine if certain conditions are significantly affected by this benchmark.

First, it’s important to recognize that this study examined only the outcome for patients who survived to emergency department (ED) admission. They report in a table that the dead on scene rate was the same for both groups, but it did not break that down to patients for whom resuscitation was attempted and those that were already dead.

Additionally, it’s important to realize that the authors defined response time to include 9-1-1 call receipt. This “delay” in actual “wheels rolling” response is often beyond the control of the EMS agency.

And finally, the authors admit they didn’t collect the on-scene time of first responders–a factor that may or may not have affected the ED outcome.

At the end of the day, the question of the value of the eight-minute response time remains unanswered. My challenge is for other services to perform their own analysis and publish the results.

Background: A common tenet in emergency medical services (EMS) is that faster response equates to better patient outcome, translated by some EMS operations into a goal of a response time of 8 minutes or less for advanced life support (ALS) units responding to life-threatening events.

Objective: To explore whether an 8-minute EMS response time was associated with mortality.

Methods: This was a one-year retrospective cohort study of adults with a life threatening event as assessed at the time of the 9-1-1 call (Medical Priority Dispatch System Echo- or Delta-level event). The study setting was an urban all-ALS EMS system serving a population of approximately 1 million. Response time was defined as 9-1-1 call receipt to ALS unit arrival on scene, and outcome was defined as all-cause mortality at hospital discharge. Potential covariates included patient acuity, age, gender, and combined scene and transport interval time. Stratified analysis and logistic regression were used to assess the response time—mortality association.

Conclusions: These results call into question the clinical effectiveness of a dichotomous 8-minute ALS response time on decreasing mortality for the majority of adult patients identified as having a life-threatening event at the time of the 9-1-1 call. However, this study does not suggest that rapid EMS response is undesirable or unimportant for certain patients. This analysis highlights the need for further research on who may benefit from rapid EMS response, whether these individuals can be identified at the time of the 9-1-1 call, and what the optimum response time is.