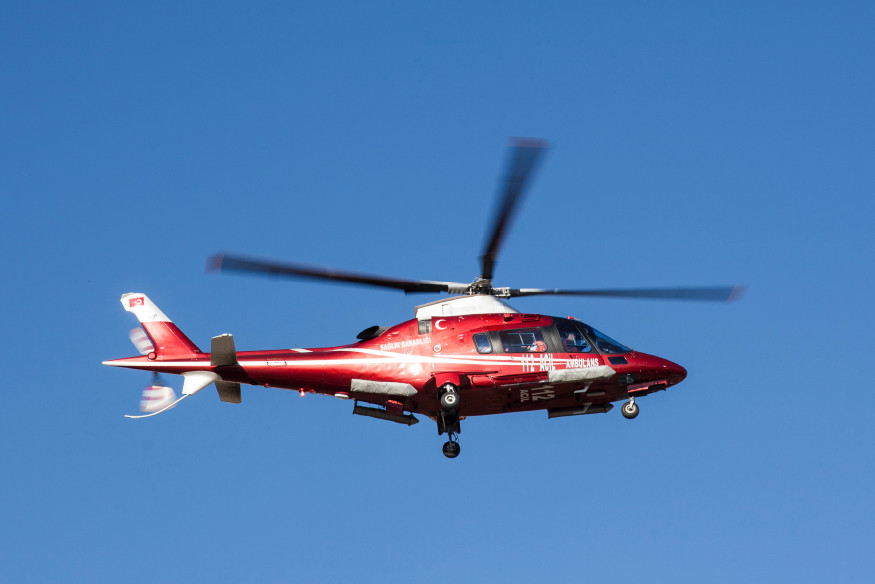 A Rapid City man was flown to Monument Health after his vehicle flipped over near Pactola Reservoir, according to the Pennington County Sheriff’s Office.

“This was a unique situation where someone was trying to commit suicide while we were there,” said spokesperson Helene Duhamel. “We were trying to stop them from hurting themselves.”

The man has life-threatening injuries, according to a news release. Patrol Lt. Chris Hislip said the office will provide few details since they believe it’s a mental health issue rather than a criminal matter.

After about noon Tuesday, sheriff’s deputies responded to a report that a vehicle drove off of State Highway 385 and flipped onto rocks at the reservoir.

According to the release, when the deputies reached the the vehicle that had landed on its roof a man was harming himself with a knife. Deputies disarmed him and rendered first aid.

Highway 385 was closed for about a half hour to allow room for air ambulance Life Flight. The air ambulance took off around 1:25 p.m. for Monument Health in Rapid City.

“We learn strategies to best de-escalate the situation as much as possible,” he said.

Previous: In Mental Health Crises, a 911 Call Now Brings a Mixed Team of Helpers — And Maybe No Cops

He said officers go through at least two hours of mental health response training every year.

“In situations like this it’s important to understand that it’s quickly evolving,” he said. “Our priority is to try and resolve the situation as quickly and safely as possible.”

11.6.2020 0
The service reported two cases of the virus by staff members, meeting Ottawa Public Health's definition of a workplace outbreak.