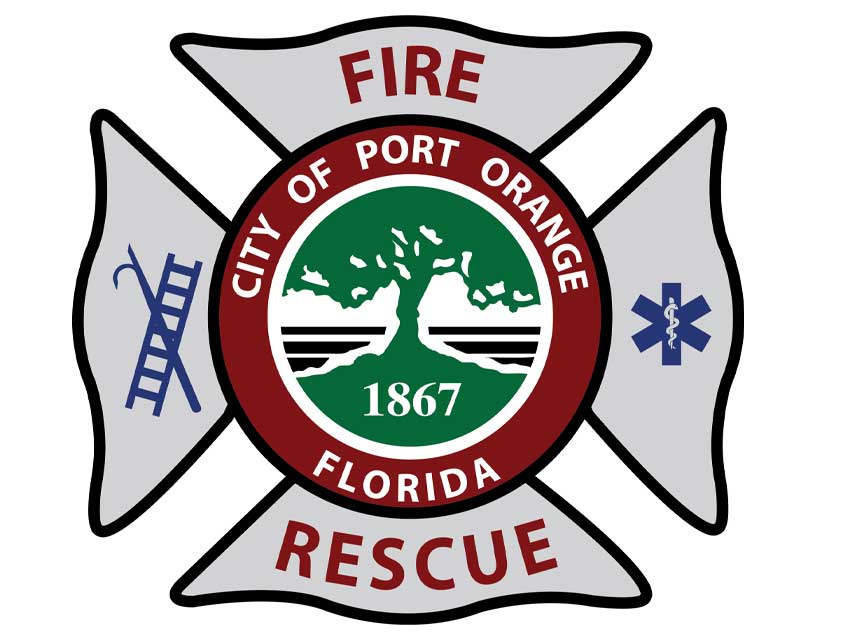 PORT ORANGE — Months after a verbal altercation with Volusia County officials over ambulance service led to the firing of then-fire chief Ken Fustin, his replacement says ambulance service in the city is “satisfactory” for now.

Joe Wulfing became fire chief in June and has been meeting with county emergency medical services officials to work on solutions to what Wulfing said is a complex system.

“I’m amazed at how much I did not know (about) how thorough the EMS system is,” Wulfing said in a recent interview with The News-Journal.

The EMS system has been a roiling issue between the county and some cities in recent years.

Last week during a Volusia County Council meeting, Councilwoman Heather Post grilled Volusia Public Protection Services Director Joe Pozzo over EMS issues in the county. That prompted a dispute between Post and other council members over her treatment of Pozzo, as well as Post’s suggestion that the EMS system was not working properly. A majority of the county council voted to discontinue the discussion.

The county’s ambulance transportation service, EVAC, receives approximately 80,000 calls for service each year that results in transporting 62,000 patients to area hospitals, according to the agency’s website.

Whenever cities want to provide ambulance service on their own, they still depend on Volusia EMS to arrive at the scene and transport the patient to a hospital with an EVAC ambulance, or to authorize the cities’ ambulances to do so.

The city of Port Orange, however, has an agreement with the county to provide the full transport service 12 hours a day through their own fire department-operated ambulance, Medic 73. The program started in 2019 and has transported a total of 3,274 patients as of Aug. 20, 2021.

An agreement made with the county in 2019 allows the city to transport patients to local hospitals with its ambulance between 8 a.m. and 8 p.m. without having to wait for the county to get involved.

Having an ambulance has helped Port Orange provide quick response to calls in the city, Wulfing said.

“It put an ambulance in Port Orange, and that ambulance doesn’t leave. Our ambulance has a 6-minute and 32-second (average) response time. That’s the benefit to the community — the quick response time.”

EVAC response were at the center of former chief Fustin’s conflict with the county. The last time Fustin spoke with Pozzo about the issue, it led to Fustin’s firing.

He and Pozzo, a former Port Orange fire chief himself, engaged in a verbal dispute in April at a Daytona Beach restaurant over the hours of operation allowed for Medic 73.

Fustin, who has said he was wrongly terminated, was fired because of his use of vulgar and threatening language during his exchange with Pozzo. During the meeting, Fustin expressed frustration that the county would not allow the city to expand its ambulance service to 24 hours a day.

Fast forward five months, and Wulfing said it’s uncertain whether expanding the hours of ambulance operation for the city or buying another ambulance are good ideas at the moment.

“I don’t know if that’s the answer right now,” he said of expanding the service to 24 hours. “With everything I learned in the past couple months, I can’t say that if we put another ambulance on the road it solves the issue. It’s impossible to know.”

Wulfing said that since taking over as chief, response times with EVAC ambulances have not been a problem in Port Orange, even during hours when the city’s ambulance is not in operation.

Wulfing said the issue of ambulances spending too much time waiting to be cleared from hospitals and the high amount of calls in the county during the current spike in COVID-19 cases are more pressing problems at the moment.

“Ambulances are going to hospitals to drop patients off and they can’t leave because the staffing, the overcrowding of the hospital is so bad that they have to sit in a hallway,” he said. “We need to address these other issues to prevent ambulances from sitting in hospitals and not being utilized.”

He said current discussions with the county have focused on fixing those current and more pressing EMS issues. Wulfing added that discussions are still ongoing for expanding the city’s ambulance service to 24 hours, but expanding service right now wouldn’t be wise.

“Let’s say we spend $600,000 to buy a new ambulance and staff it, and it always goes out to a hospital and sits on a bed delay for two hours, Wulfing said. “Where is the value to the taxpayer of having an ambulance that they paid for that will get a transport and then sit and wait two hours to get cleared from the hospital?

The focus right now, Wulfing said, is on trying to figure out “what is the true cause of all the issues — and it’s a combination of everything.”

But for now, he believes ambulance needs are adequately covered in Port Orange.

“We’re not at the point where the system isn’t meeting the expectations of the community,” Wulfing said.

7.21.2021 0
REV Group®, provider of industry-leading specialty vehicles, announced today its multi-year agreement with Consus Global.
We use cookies to ensure that we give you the best experience on our website. If you continue to use this site we will assume that you are happy with it.Ok