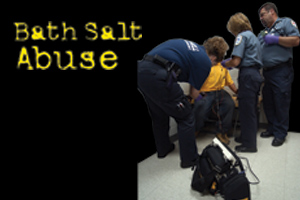 You’re 16 hours into your 24-hour shift on the medic unit, and you find yourself responding to an “unknown problem” call. While en route, the updated notes come across your radio: “Evaluate for PD, Taser deployment, 22- year-old male, clear to enter.”

On arrival, you see a swarm of patrol cars and the patient sitting handcuffed on the curb. One of the police officers meets you and explains that they were called out for a subject who had trashed the inside of his apartment and was out front talking to himself and acting strangely. The officer goes on to say that when they approached him, a violent altercation occurred, and a Taser was deployed.

Walking up to the patient, you note a slender male sitting wide-eyed on the sidewalk. His skin is noticeably flushed and diaphoretic, and he appears extremely tense. You notice slight tremors in his upper body, a clenched jaw and a vacant look in his eyes. You don’t see any external signs of trauma other than the Taser barbs hanging from his back. You introduce yourself, and the patient replies with a nod and a grunt. As you begin to apply the blood pressure cuff, the patient begins violently resisting and thrashing about on the sidewalk–still handcuffed. Nothing seems to calm him, and he simultaneously bangs his head on the sidewalk and tries to kick you.

You call for the stretcher with restraints and have the police restrain him while you reach for the drug box. You don’t think you can safely administer an IV, so you opt for intramuscular administration of 5 mg of Versed. While the patient is restrained, he vomits once on the sidewalk. As the benzodiazepine takes effect, you’re able to transfer the patient to the stretcher and properly restrain him. You obtain his vital signs: heart rate (HR) is144; an ECG records sinus tachycardia without ectopy or evidence of ischemia; blood pressure (BP)is 180/110; respiratory rate(RR) is 28; pulse oximetry (SpO2) is 100%; end-tidal CO2 (EtCO2) is 25; blood glucose level is 78 mg/dL, and his body temperature is 103.2° F. You notice he’s clenching his jaw and experiencing some focal tremors. He doesn’t respond with anything other than basic “yes” and “no” answers.

Recognizing the probable state of acute stimulant intoxication and the risks associated, you begin further treatment. You turn the patient compartment air conditioning on high and obtain large-bore IV access of normal saline and set an initial infusion rate of 250 cc/hour.

You administer another 2 mg of Versed via IV along with 4 mg of Zofran, and you finally notice a relaxation of the patient’s spastic muscle activity. The patient is now compliant with further treatment, and you place him on 2 L low-concentration oxygen via nasal cannula and apply cool packs under his arms and around his groin.

After a discussion with a medical control staff member, you decide that a 500 cc fluid bolus of normal saline followed by an infusion rate of 500 cc an hour for the first hour would be appropriate. The remainder of the transport remains uneventful, and care is transferred to the attending hospital physician.

Later in your shift, you return to the same emergency department (ED) and are informed that the patient has been admitted for rhabdomyolysis and has admitted to taking “bath salts” for the past three days.

Discussion
From prescription painkillers to aerosolized keyboard cleaners, EMS providers see new substances being abused by patients on a regular basis. However, one new drug has propelled itself to the forefront of substance abuse with a quickness that many in the world of EMS haven’t seen before.

Bath salts, or methylenedioxypyrovalerone (MDPV), is a new designer drug being legally sold via the Internet and smoke shops around the country. States are racing to criminalize the sale of bath salts, but the drug remains readily available.

In addition to having nothing to do with bath usage, the drug is being sold under a variety of brand names, including Vanilla Sky, Bonsai and Ivory Wave. The active ingredient, MDPV, is a synthetic psychoactive medication that mimics the high of methamphetamines and cocaine. The white or off-white powder can be snorted, injected or smoked, and it has immediate effects that may last up to four hours.

The desired effects for the user include euphoria, hallucinations and increased energy. One of the unfortunate hallmarks of bath salts is that it has been shown to cause the user to feel a strong impulse to repeat doses once they take the initial dose.

The result is a prolonged period of usage that can result in methamphetamine-like psychosis and uncontrollable agitation. Negative lingering psychiatric effects can last for days and may include severe depression or psychosis. Multiple reports have also involved severe self mutilation and suicide attempts.

In a recent multi-agency study conducted in Michigan over a four-month period, patients were found to have a median age of 28-years old, had almost all abused other drugs in tandem with bath salts, and most commonly presented with agitation and tachycardia1.

Alarmingly, approximately half of these ED visits resulted in the need for hospital admission, including several to the intensive care unit for various cardiovascular symptomology and rhabdomyolysis, generally defined as the uncontrolled breakdown of striated muscle causing a release of myoglobin. In addition to the dangerous psychological side effects, users will likely present with diaphoresis, hyperthermia, tachycardia and hypertension.

Treatment
Because no direct antidote to bath salts toxicity exists, symptomatic treatment is necessary, with attention to sedation for agitation, cardiovascular monitoring and awareness of the hyperthermic potential.

Chemical sedation, usually via benzodiazepine (Ativan and Versed tend to be the medications of choice), will result in a decrease in agitation, as well as some mitigation of the hyperthermia, tachycardia and hypotension. Often, repeat doses of sedatives will be required. In the event of cardiovascular collapse and hypotension, standard fluid bolusing and aggressive ventilatory management will be required. Orthostatic hypotension is a possible manifestation of cardiovascular symptoms in these patients.

Rhabdomyolysis is possible and can lead to renal failure and death. The hyperthermia, increased metabolic demands and increased muscle use associated with bath salts, place the patient at a heightened risk of this fatal condition. Although rhabdomyolysis is a diagnosis made via laboratory diagnostics, the presentation of tea-colored urine, muscle pains, confusion and/or gastrointestinal symptoms, should lead to high suspicion of this condition. Treatment ranges from aggressive fluid challenges and sodium bicarbonate administration to emergency dialysis.

Despite legislative effort to criminalize the sale of bath salts, it appears that this dangerous drug is here to stay that for the time being. EMS providers need to be aware of the dangers this drug presents to themselves, as well as to the patient.