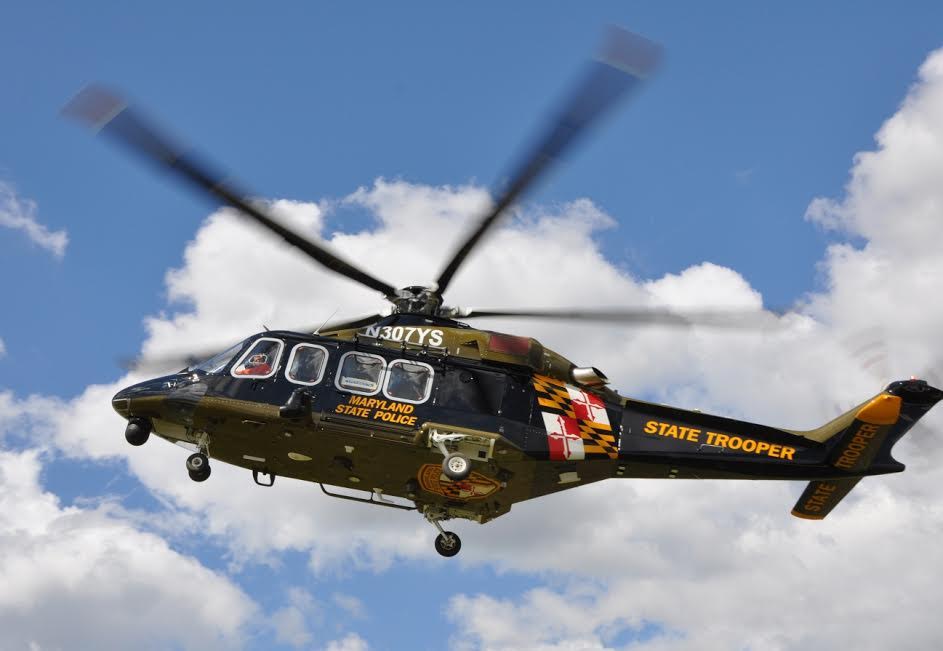 SWANTON, MD —   A mother and her premature infant were safely flown by Maryland State Police Trooper 5 helicopter, based in Cumberland, Maryland, from a remote Garrett County location amid challenging weather conditions in the mountainous region of the state Thursday morning.

The infant, born approximately 10 weeks early, was delivered on the side of the road near Backbone Mountain by Garrett County Emergency Medical Services shortly after 9:30 a.m.

The child’s mother was enroute to the hospital nearly 40 miles away when she suffered complications and went into labor. An off-duty medical professional from UPMC Western Maryland Regional Medical Center came upon the woman and assisted with the delivery of the infant.

Due to the deteriorating medical condition of the infant, the Maryland State Police (MSP) Duty Officer, stationed in the Operations Control Center (OCC) in Baltimore, MD received a request for assistance from Garrett County volunteers for a MEDEVAC.

Maryland State Police Trooper 5 out of Cumberland, MD was dispatched and arrived on scene within 15 minutes.

The infant’s medical condition led to the crew of Trooper 5 to make the decision to fly the infant and mother to J. W. Ruby Memorial Hospital in Morgantown, West Virginia at approximately 9:45 a.m.

As Trooper 5 departed the scene, complicated weather conditions enroute and limited flight visibility led to the crew requesting an instrument clearance from Air Traffic Control. Using the AW139 aircraft’s advanced avionics the crew was able to execute the instrument approach into Morgantown nearly 60 miles away.

Trooper 5 was able to successfully transport the mother and infant to the medical facility for further treatment.

EMS: Seven People Taken to Hospital After Wreck Shuts Down I-77

0
"I-77 Sb really is a nightmare for drivers this evening...shut down here at Clanton Rd."