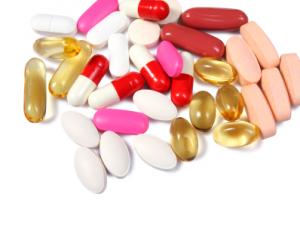 “I think I am having a heart attack,” your patient tells you as you walk into the office suite. The woman appears to be in her late 30s or early 40s. She is sitting in a chair at her desk and appears anxious and notably diaphoretic. She tells you she was working at her desk when she started feeling anxious and nauseous and began sweating. She says she feels like her heart is going to “beat out of her chest.”

Her office mates, who are gathering around, tell you she has a history of panic attacks but they have never seen her like this. Her pulse rate is 100 and bounding, and you note her skin is hot to the touch. Her blood pressure is 168/90 and respirations are 20 and deep. Pulse oximetry is 98% on room air, and she isn’t complaining of shortness of breath. She tells you she takes Prozac, Imitrex for migraines and just started taking an herbal supplement called St. John’s Wort. She has not taken the Imitrex in about 10 days.

As you prepare for transport, the patient becomes more agitated, moving back and forth on the stretcher and tugging at the belts. During transport, your partner establishes an IV, but the patient quickly pulls it out. Your partner applies soft restraints to the patient’s wrists as you arrive at the emergency department (ED).

The patient remains awake but isn’t verbally responsive as she continues to pull at her restraints. The ED physician quickly administers a dose of Versed to calm the patient. Physical exam in the ED reveals an elevated body temperature of 100° F, tachycardia, hypertension and altered mental status. Lab results and urinalysis are normal identifying no illicit substance or infection, and a normal computed tomography (CT) scan result is equally untelling. The patient is sedated and placed in the intensive care unit for further evaluation. The final diagnosis is serotonin syndrome.

Triptans: This class of drugs is used to treat migraines that increases serotonin levels. Examples include Imitrex, Frova, Relpax and Maxalt.

An overdose of any of the above drugs or substances can result in serotonin syndrome. However, it’s more commonly seen when a patient first begins taking a medication, increases their dose or mixes predisposing medications or substances.

It can be difficult to determine whether a patient has serotonin syndrome because the syndrome mimics other conditions, such as anxiety or infection. Symptoms can be easily attributed to other causes and the condition missed. Even worse, the severity of the condition can be increased with inappropriate treatment, such as the administration of a potentiating substance. Understanding of the signs and symptoms can help providers identify or rule in serotonin syndrome.

The following are signs and symptoms of serotonin syndrome:Alteration in mental status, such as agitation, anxiety, confusion and unresponsiveness; neuromuscular symptoms, such as muscle spasms, tremors and shivering;tachycardia;profuse sweating; hypertension; nausea;vomiting; and diarrhea.

At least three of the above must be present plus a history of a potentiating substance with a recent change. These changes can include a new prescription, change in dose or new combination of substances for a diagnosis of serotonin syndrome.(1) Also, other conditions, such as infection, should be ruled out.

Conclusion
Treatment consists of the administration of benzodiazepines and the cessation of causative substance. In severe cases, a serotonin antagonist (e.g., Cyproheptadine) can be administered. Patient symptoms commonly dissipate within 24 hours but can last longer. Physical restraint with serotonin syndrome has been associated with dangerous elevations in body temperature and rhabdomyolysis: a breakdown of muscle that can eventually lead to renal failure.(2)

EMS providers should work to obtain a complete history of all medications being taken–prescription medications, over-the-counter drugs and herbal supplements. Attempt to identify duration of use and recent changes, and don’t forget the possibility of illicit substances. When a patient arrives in the ED with an altered mental status, the EMS provider may hold the key to diagnosis, potentially avoiding making an already potentially severe condition worse.