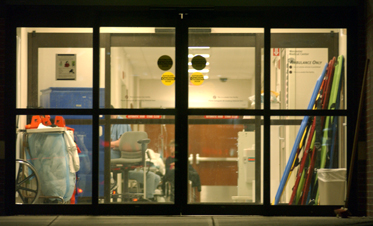 The Houston Fire Department began phasing in a new program April 2 that uses experienced paramedics as “ambulance traffic controllers” who work with ambulance personnel to determine the best destination based on the patient’s condition and preferred hospital, diversion requests, hospital capabilities and the number of recent HFD transports to various hospitals. Houston EMS Medical Director David Persse, MD, said the goal is to “find a hospital with the capacity and capability to care for patients so EMS can transfer care quickly.”

The city invested $2 million into the new program, he said, in hopes it will pay off in long-term savings by “flattening demand” for ambulance transports. “It costs $1 million per year to keep one ambulance on the street, so a couple of million isn’t a lot,” he said. (HFD fields 57 BLS ambulances, 24 dual-paramedic ALS units and 19 paramedic fly cars.)

A city ordinance makes it unlawful to deny ambulance transport to someone who requests it, Persse explained, “so traditionally, you’d get an ambulance within five minutes that would take you anywhere you wanted to goÆ’even if that hospital was on diversion. Now we will make it less convenient. If a patient wants to go to Hospital A but their condition is not serious, we may deny their request and take them to Hospital B or C. If they want to go to [a particular hospital] with a minor medical complaint, they can always get in a car and go there.” (A post-surgical patient with a complication does still get transported to the hospital that performed the surgery, however, and the new “policy does not apply to patients with any type of chest pain,” Persse said.)

The program also aims to cut diversion and turnaround times by “flattening” disparity between the numbers of patients taken to various hospitals.

The program required HFD to replace the old base station at a county hospital with a new base station that can sit up to 10 ATCs at the Houston Emergency Center (which also houses EMS, fire and police dispatchers). HFD contracts with Baylor College of Medicine to staff the base station, and Baylor employs off-duty HFD paramedics to work as ATCs as a second job.

ATCs have access to all dispatch and hospital diversion information, and a big screen shows the location of every HFD unit. “An ATC can see on the big screen where ambulances have been sent by other ATCs,” Persse said. “They also can see, for example, that Houston General is on diversion, holding three ICU beds, has 25 people in the waiting room and four ambulances already there.”

A paramedic or EMT crew calls in to the base station and is directed to a special Med channel where they can talk with an ATC about the patient’s condition and where the patient wants to go before the ATC chooses a destination hospital. After the ambulance crew tells the patient where they plan to go, they notify the base station whether the patient has agreed to the transport. During the conversation with the crew, the ATC enters information into an electronic form and then e-mails it to a charge nurse at the receiving hospital (supplemented with a phone call if the patient is critical).

According to Persse, another motivation for the ATC program was a study showing that area mortality rose when both Houston Level 1 trauma centers were on diversion for significant lengths of time (Begley CE, Chang YC, Wood RC, Weltge A: “ED diversion and trauma mortality: Evidence from Houston, Texas.””žJournal of Trauma. 57(6):1260à1265, 2004). “People who were in bad wrecks in surrounding communities couldn’t get transferred into a Level 1 trauma center because [the centers] were overloaded,” he said. The ATC should reduce non-critical transports to those trauma centers.

“We just hope this will result in better care overall,” Persse said.