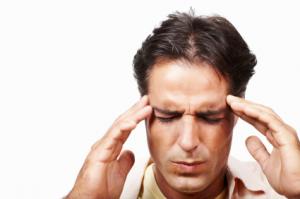 It’s a Thursday afternoon, and you’re dispatched to a local substance abuse rehabilitation facility for a person complaining of a headache. While en route, you and your partner discuss how many times you’ve responded to this facility for calls that don’t seem legitimate. Additional information is obtained from the 9-1-1 center that reveals you’re responding to a 48-year-old male complaining of a headache and dizziness. You arrive and are escorted to the patient, who’s located at the nursing station. The patient is seated and holding his head with his hands. You introduce yourself and ask what’s wrong.

Patient Assessment
The patient responds by whispering his name and saying he has a headache and that it hurts to open his eyes. You question the patient about his reasons for being treated at the facility, and he reports he’s an alcoholic who drinks approximately one gallon of vodka a day and has since he was 14. He has been “clean” for six days.

The patient denies any other medical conditions, reporting that he doesn’t take any prescribed medications and has an allergy to Penicillin. According to the patient’s chart, he’s taken several medications to aid in his detoxification process. You and your partner look at each and try not to pass judgment because you’ve encountered many patients here in the past who haven’t been truthful with their complaints.

While you continue to question the patient, he suddenly grabs the back of his head and states, “This is the worst headache I’ve ever had; it feels like someone is cutting into my brain.” You obtain a baseline set of vital signs that reveal the following: BP=168/118; HR=92 and regular; RR=18 and non-labored.

Transport
The patient begins to writhe in pain, complains about increasing pain in his head and vomits twice profusely. You secure the patient and stretcher and prepare for transport. You apply the ECG monitor and administer 4 LPM of oxygen. You establish an IV and administer 4 mg of Zofran for nausea. As you begin transport, you ask the patient how he’s feeling, but he doesn’t answer. You ask again and note that he now has sonorous respirations.

Current vital signs are now: BP=198/168; HR=110; RR=8 and are shallow and abnormal in pattern. You begin to assist the patient with ventilations with a bag-valve mask and your partner notifies the hospital of the sudden change to the patient’s condition.

While you ventilate the patient, he becomes extremely agitated and begins to thrash around. Although he’s not seizing, he becomes difficult to control. This continues for a few minutes, and then he suddenly becomes somewhat alert and says, “something is really wrong.”

A repeat set of vital signs still shows a dramatically elevated blood pressure at 218/176, with a HR=118, and now the patient’s respirations seem more normal at 14 per minute. You conduct a blood glucose test, and it’s 86 mg/dL. The patient’s skin doesn’t feel hot, and all the other physical exam findings are within normal limits.

About five blocks away from the hospital, the patient lets out a scream that startles you and your partner. He clutches his head, and then becomes unresponsive. You immediately start ventilating again, because his respirations are extremely shallow and irregular. You notice he has extremely unequal pupils and that his pressure has increased substantially to 276/224 with a HR of 126 and RR of 6.

You continue to assist the patient’s ventilations and prepare for intubation. The patient is successfully intubated with ease, as he has no gag reflex. He’s sedated with 5 mg of Versed as part of your post-intubation sedation protocol, and then you arrive at the hospital. The patient remains unresponsive with unchanged vitals. The emergency department (ED) staff takes him to radiology for a computed tomography scan.

A few moments later, the ED physician informs you that the patient is in extremely critical condition. He tells you the patient has a substantial subarachnoid hemorrhage and has just gone into cardiac arrest. Resuscitation attempts are unsuccessful, and the patient is pronounced dead about 30 minutes later.

Subarachnoid Hemorrhage
A subarachnoid hemorrhage occurs when blood enters the subarachnoid space because of a variety of reasons. It usually occurs from a ruptured cerebral aneurysm or as a result of a traumatic head injury. The classic or textbook symptoms of one are a rapid onset of a “thunder-clap” headache, which is often reported to be the worst headache someone has ever experienced. Other associated symptoms include vomiting, confusion, decreased levels of consciousness and sometime seizure activity.

Subarachnoid hemorrhage has a 50% mortality rate, and of that 50%, about half the patients expire before reaching a hospital. Patients who survive usually have some form of lasting effects, and early recognition and rapid transporting to an appropriate facility is paramount to their survival.

Prehospital treatment should be supportive of symptoms (if allowable by your protocol) and should be initiated as soon as possible to optimize the outcome for your patient. JEMS