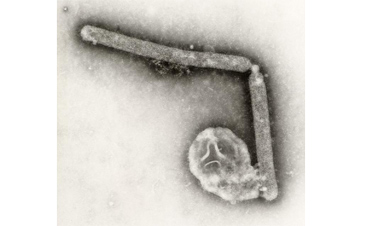 Along with the general public, many EMS providers are confused about influenza, better known as “the flu.” The influenza virus has several strains, and two-avian influenza and pandemic influenza-are making news, while the “normal,” or endemic flu, continues to kill an estimated 36,000 people in the U. S. every year.1 That estimate may even be low, because until recently influenza hasn’t been a disease tracked by the CDC and state health departments.

Humans can be infected with types A, B and C of the influenza virus. Depending on scientific estimations of which strains of viruses will be prevalent, seasonal flu vaccines are developed that contain three types of the virus two of the type A viruses (H3N2 and H1N1) and one type B virus.2 (Type C viruses produce such mild disease that they aren_t included in vaccines.)

The “H” and “N” in the virus name describe the proteins on the surface of the influenza virus. There are 16 “H” markers (H1-H16) and nine “N” markers (N1-N9).3 To understand how these protein markers are involved in a pandemic, we must first understand the “shifts” and “drifts” of viral strains.

Picture the virus as a bank robber who always wears jeans, a white windbreaker and a white baseball cap. The vaccine is like an all-points bulletin with a picture of the bank robber. Even if the bank robber wears a different brand of jeans or a different team logo on his cap, a security guard (a vaccine-boosted immune system) can still easily recognize him. These subtle changes are analogous to what happens with the flu virus from year to year. This is called “antigen drift.”

Additionally, three or four times a century, the Hs and/or Ns of a virus shuffle to create a “new look.” This is known as “antigen shift.” For example, from 1957-1967, the predominant virus was H2N2. In 1967, the predominant virus shifted from H2N2 to H3N2. Our bank robber kept his blue jeans and white hat, but he changed to a red windbreaker and snuck right past the bank guard, who didn_t know about the “new look.” Thus, the vaccine disseminated in 1967 didn’t prepare people_s immune systems to recognize and fight the new H3N2 virus, and a worldwide pandemic ensued.

The avian flu virus, H5N1, is a strain of the influenza type A virus. It has been documented that when a human is infected with this virus from a bird, it_s extremely deadly and kills more than 60% of its victims. Of current concern is whether the avian flu virus will mutate to allow easy transmission from human to human.

At present, medical researchers are actively seeking a vaccine effective against avian flu in humans. Vaccines developed by Sanofi Pasteur and Chiron have been in trials since 2004. Tests using different age groups and dosages are under study to determine vaccine safety and efficacy.4

Efforts are also underway to devise a new vaccine that does not rely on the Hs and Ns but instead uses a protein marker (which doesn_t change frequently) to identify the offending virus. Advances in this area may, in the future, produce longer lasting vaccines and eliminate the need for annual re-vaccination.

Charles Brenon EMT-P,III is a paramedic and certified instructor coordinator. He also serves as the director of EMS and public health preparedness coordinator for Jefferson County Public Health Service in Watertown, N.Y. Contact him atcbrenon3@verizon.net.