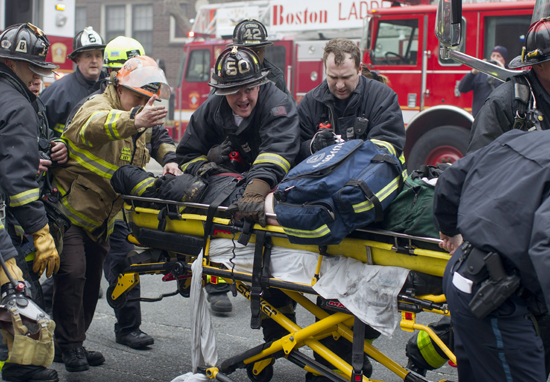 Firefighters and Boston EMS personnel rush a firefighter from the scene of a nine-alarm fire at a four-story brownstone in the Back Bay neighborhood near the Charles River in Boston. Four people, including three firefighters, were taken to hospitals. Two firefighters ultimately died–one on scene and one at the hospital. The fire is believed to have been started by two nearby welders.

More on Patient Care from JEMS.com.