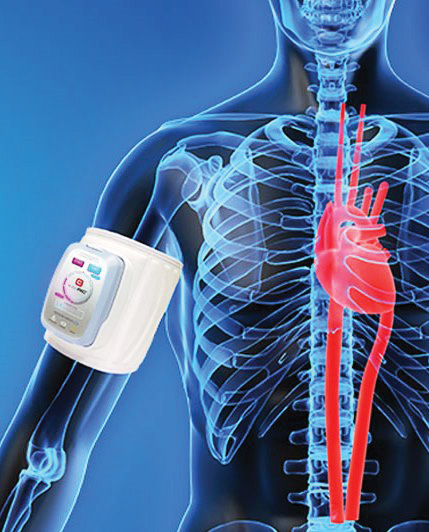 Eradicating pain has been a focus of medicine throughout history, from the early use of cocaine to the current use of fentanyl. As a prehospital provider in 2016, the standard of care for EMS is to provide interventions that control patients’ pain.

The patient suffering from chest pain or an acute myocardial infarction (AMI) is a prime target for pain mitigation. Without it, many patients get extremely anxious and can present with tachycardia, tachypnea, hypertension and premature ventricular contractions, all of which aren’t good for a patient already in distress.

Nitroglycerine helps reduce chest pain by increasing myocardial blood flow through dilation of the coronary arties which, in turn, improves collateral blood flow to ischemic regions of the heart and may reduce the risk of arrhythmias.

We readily treat patients with significant fractures and painful burns with IV narcotics in the field. In many EMS systems this is done on standing orders, yet there are numerous other extremely painful conditions that we evaluate and transport as EMS providers that should be considered eligible for pain management prior to hospital arrival.

These include kidney stones, severe back spasms and even shingles–an unrelenting condition that can make the patient feel like sandpaper is scraping against sunburned skin.

Our protocols rarely allow us to treat these painful conditions on standing orders–we need to take initiative and contact medical direction for permission to intervene for these patients.

The problem is that most EMS providers and physicians have never personally experienced a severe burn, crush injury or even shingles, so they have a hard time relating to what that level of pain feels like. Therefore, it really relies on a good descriptive report to be able to initiate pain medications if your protocols don’t allow it without orders.

As an example, I had a patient who used gasoline near a sump pump in his basement and was consumed in flames and horribly burned when the electric pump activated. My command physician initially refused to give me an order for morphine to reduce his state of agony, even after I presented a clear description of the extent of his injury and his pain, and requested permission for morphine administration three times. Frustrated that no order was forthcoming, I keyed the microphone and held it directly in front of the patient’s mouth so the command physician could hear his agonizing screams, finally convincing him to order pain medication.

The Houston Fire Department uses rugged tablets for two-way audio/video linkage with physicians during community paramedicine situations. The system could also be used for secondary assessment and direct linkage to see and hear the affected patient. 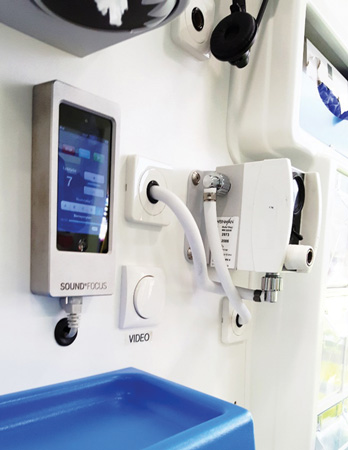 There are times when pain management can be extremely beneficial, such as during a field amputation or when a person’s extremity is crushed beneath a two-ton beam with their life in jeopardy, extremely anxious and in excruciating pain.

But, there are some instances where eradicating pain in the field can be detrimental. Once, during a complex extrication, a fire chief insisted I medicate a trapped driver whose right ankle was heavily encased in crumpled floorboard steel. The rescue crews were making cuts and moving metal in different directions near his trapped foot.

Under the circumstances, the only way for me to gauge if they were pinching his injured foot and potentially causing further injury was to hear the change in pitch of his screams. I know it sounds horrible, but that was an indicator that they were moving metal toward his foot and not away from his foot. As soon as his leg was freed I medicated him for the trip to the hospital.

The other situation where pain medication can mask injury and inhibit patient assessment is in situations where we have to palpate a patient’s chest or abdomen after a traumatic injury to assess for internal bleeding or significant organ damage.

My worst personal encounter was when my son was blindsided during a football practice before a big game and came home with severe tenderness in his abdomen. He called and said that he had significant pain from the hit so I left an event I was attending to come home.

When I arrived an hour later, he was nearly pain-free and expressing excitement he had for the upcoming championship game. What he failed to tell me was that his pain was so intense he took a Vicodin that had been prescribed after his wisdom teeth removal. When I palpated his abdomen, he had little complaint of pain and just described it as being “uncomfortable.”

He woke me a few hours later, around midnight–in shock and with a distended abdomen from a tear in his liver. He was airlifted to a trauma center and spent several days in the trauma ICU. His pain elimination prevented me from recognizing his bleed early and very well could have cost him his life.

Music has been shown to have a therapeutic effect, particularly when caring for children, because it reduces anxiety.1 It can also serve as an effective distractor, allowing you to focus their attention on the music instead of on their pain.

As a result, Falck had a unique sound system installed in Danish ambulances that uses speakers in the ceiling of the patient compartment directly over the head of the stretcher.

The sound volume is adjusted automatically during transport, with an increase in volume occurring with increased speed of, or noise in, the ambulance.

Is It Ever Appropriate to Inflict Pain on a Patient?

I make this tongue-in-cheek statement to get your attention. But the reality is that a technique known as remote ischemic conditioning (RIC) may be coming to EMS systems in the future, which does cause some necessary pain/discomfort to the patient. RIC protects the heart from ischemia/reperfusion injury through the cyclical inflation/deflation of a blood pressure cuff at the arm, leg or both.3

Thus, by purposefully creating limb ischemia with an inflatable cuff, then triggering reperfusion physiology by releasing the cuff, it appears to make vital ischemic heart tissue more resistant to ischemia and reperfusion damage during acute coronary syndromes (ACS) or an AMI.

Studies have demonstrated that this brief inflation/deflation process has been found to reduce cardiac damage, protect against endothelial dysfunction and myocardial injury, reperfusion of AMI, and consequently improve patient survival.4,5

Discussed a few years ago in Dallas at the Eagles Conference by Tucson EMS Medical Director Terence Valenzuela, MD, MPH, and written about in our June 2014 issue, this process is being utilized in Europe with positive results. The autoRIC device I saw used in Copenhagen is inserted into a blood pressure (BP) cuff-like band and automatically provides four cycles of RIC treatment to adult patients over 18 years of age across 40 minutes.4

The process creates some pain and discomfort for the patient because the tourniquet-like cuff remains inflated longer than it would be during a normal BP check, with it inflated for five minutes (ischemia) and five minutes deflated (for reperfusion), but the results are worth the temporary pain.

Pay close attention to your patient’s pain, their reported pain scores and vital signs, and treat pain as early as possible. And never forget the power of a calm, professional demeanor, comforting communication, a splint and padding on their injured areas and a smooth ride to the hospital without anxiety-creating sirens in operation. It’s often as powerful as pain medications.