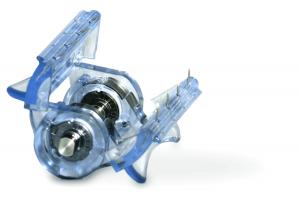 Uncontrolled bleeding is one of the leading causes of death in civilian and military environments, second only to central nervous system injury. Every red blood cell counts; effective hemorrhage control at the earliest moment is critical to patient survival. Early control of hemorrhage reduces the negative downstream consequences associated with substantial blood loss, including shock, late mortality and multiple organ failure.

Both Tactical Combat Casualty Care guidelines and the Hartford Consensus for Mass Shooter Events identify controlling compressible hemorrhage as the highest medical priority for improving survival. Now there is a new, simple and effective tool that will transform the way bleeding, particularly difficult-to-control bleeding, is managed in the field: the iTClamp50, an FDA-cleared hemorrhage-control device that causes blood to clot rapidly beneath the skin where it is applied. The pressure that results under the clamp site causes the natural compression of “bleeders” beneath the skin surface and coagulates blood, resulting in the important cessation of bleeding. It can be used as a first-line device or combined with other hemorrhage-control strategies, such as hemostatic agents, tourniquets, junctional tourniquets and tranexamic acid.

The iTClamp adds a critical new adjunct to the hemorrhage control toolkit, allowing first responders and other BLS/ALS team members to address critical bleeding. The speed of application (<5 seconds) allows you to rapidly treat a patient and then deal with additional injuries on that same patient or other patients, such as in a mass-casualty, disaster or USAR situation.

Read this in-depth advertorial supplement to JEMS carefully and discuss the iTClamp with your medical director, because it represents a new form of rapid hemorrhage control that could make a big impact on trauma morbidity and mortality in your EMS operation.