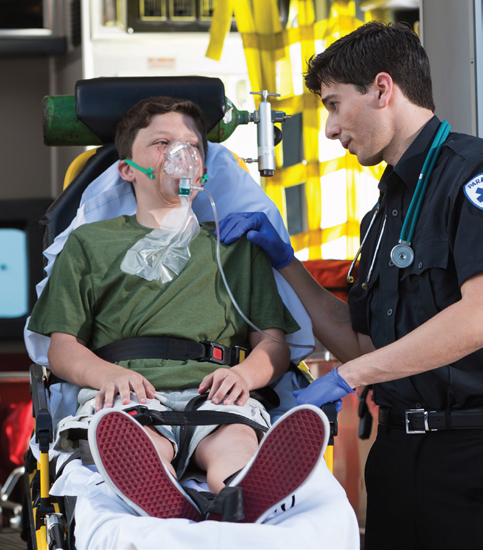 When is a patient presenting with coughs and a runny nose more than just a cold?

Prehospital care providers around the country have been advised to be aware of the signs and symptoms of enterovirus D68, a respiratory infection that hit children in 44 states and infected more than 620 people by early October, according to the Centers for Disease Control and Prevention (CDC).

A majority of the patients impacted by D68 are children, most often those with preexistent histories of respiratory issues.

“Kids are getting sicker,” says JEMS Editorial Board member Katherine West, BSN, MSEd, CIC. “A lot of it is these kids haven’t had this disease and until a lot of kids get it, there’s no immunity for it.”

Enterovirus D68 was first identified in 1962 in California, but isn’t commonly reported in the United States, according to the CDC.

“This is a normally occurring disease between July and October,” says West. “But this is a massive outbreak that seems to be tied to the beginning of the school year.”

One of the challenges in getting an accurate number of patients is there’s a limited number of labs that test for the D68 virus and there’s already a backlog in specimens to test. The CDC noted that as that backlog begins to clear, the number of reported cases will increase, but not reflect a real-time increase.

Those infected with D68 tend to present with a fever, runny nose, sneezing, cough, and body and muscle aches. Severe cases also include difficulty breathing and wheezing.

“It’s important that we follow common-sense rules to prevent the spread of this virus, as we do for flue and other contagious illnesses,” acting New York State Department of Health Commissioner Howard Zucker, MD, said in a statement. “Because there is no specific treatment or vaccination against this virus, our best defense is to prevent it by practicing proper hygiene.”

Indeed, it may be the general hygiene behaviors of children that are keeping the virus going. Enteroviruses are spread by contact, usually with saliva, mucus and sputum, says West. And, as is the case with children, they tend to unknowingly touch contaminated surfaces and then touch their own eyes, nose and mouths.

According to the CDC, enterovirus D68 is one of 100 types of similar viruses. The CDC also estimates there are 10 to 15 million enterovirus infections each year.

“Most infected people have no symptoms or only mild symptoms, but some infections with different enteroviruses can be serious,” Ann Schuchat, MD, director of CDC’s national center for immunization and respiratory diseases, told reporters in early September. “Infants, children and teenagers are most likely to get infected with enteroviruses and become sick, as opposed to adults with exposure to this virus.”

The spread of D68, however, has garnered extensive media attention with each new state recording cases of the virus. This coverage, though not connected, follows the heavy rotation of stories about Ebola.

“A lot of this could be couched better,” suggests West.