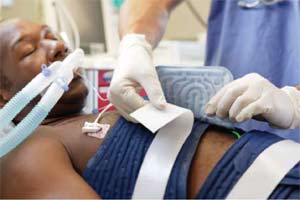 In 2005, the American Heart Association (AHA) recommended therapeutic hypothermia for post-arrest management for patients presenting in ventricular fibrillation (Class IIa) and those presenting with bradyasystolic rhythms (Class IIb). In 2008, this recommendation appeared again in AHA’s consensus statement on “Post-Cardiac Arrest Syndrome.” And earlier this year, the AHA published the policy statement “Regional Systems of Care for Out-of-Hospital Cardiac Arrest,” noting that the “time to implement these systems of care is now.”

Phase I: Cooler Hospitals
In January 2009, New York City implemented such a regional system of care. Since that time, adult patients successfully resuscitated from non-traumatic cardiac arrest have been transported only to hospitals that developed and implemented a standardized approach to post-resuscitation management, including therapeutic hypothermia (TH). Since the start of this specialized program, more than 2,600 successfully resuscitated patients have been transported to these cardiac arrest centers.

The preliminary data from this program is encouraging. Despite slightly increased transport times, patients who were transported to these centers were 20% more likely to survive to hospital admission. And among those who were admitted, there was a 30% increase in survival to discharge. Therefore, we believe our success has been a result of a standardized approach to post-resuscitation care, not just the implementation of our hypothermia protocol.

We designed our therapeutic hypothermia program to treat a much wider range of patients than many EMS systems. Our patients range in age from 19—94 and include arrests of all etiologies (e.g., respiratory, cardiac, overdoses, drowning) and all presenting rhythms. This expanded protocol for therapeutic hypothermia has shown us very positive results, with nearly 70% of the patients who survive to discharge leaving the hospital neurologically intact.

One patient who received therapeutic hypothermia and survived to discharge (neurologically intact) illustrates the success of our program. Months after her first TH resuscitation, the patient again suffered cardiac arrest, was transported to the same cardiac arrest center, again received therapeutic hypothermia and was discharged a second time–neurologically intact.

This outcome is what every EMS system strives to accomplish, and it’s what every one of us looks for when we implement resuscitation programs and protocols: providing the best care possible based on the available evidence to optimize the patient’s chances at life.

But we must continue to look for ways to benefit those patients who, today, don’t survive, even to hospital admission. This is where the next phase of our project comes into play.

Phase II: Cooler Resuscitations
V-fib patients who don’t respond to initial defibrillation attempts and bradyasystolic arrests for whom reversible causes cannot be identified have little chance at survival. Few if any of the drugs that we use in such situations result in increased survival rates. We have had little else to offer these patients–until recently, when we began to consider the intra-arrest induction of hypothermia.

For patients requiring multiple defibrillation attempts, reduction of core body temperature improves the likelihood of successful defibrillation. The induction of hypothermia results in the release of endogenous norepinephrine and causes peripheral vasoconstriction, both of which may reduce the amount of supporting vasopressors that we need to administer during the course of their resuscitation and the deleterious effects that come with them.

The use of ice-cold saline to induce hypothermia has been shown to be effective and safe in the prehospital environment when used in the post-arrest setting.(1,2)  And among the mechanisms through which therapeutic hypothermia appears to improve outcomes, many are time-critical processes that begin within minutes of the arrest. This suggests that the induction of hypothermia during the arrest may attenuate, or even eliminate, these otherwise harmful events.

With those factors in mind, the Fire Department of New York (FDNY) and the New York City 9-1-1 system recently embarked on an expanded cardiac arrest protocol that will induce hypothermia during resuscitation when initial efforts (e.g., airway control, CPR, defibrillation and consideration of reversible causes) fail to resuscitate the patient.

Beginning in August 2010, out-of-hospital cardiac arrest patients who don’t respond to initial resuscitation efforts receive the induction of intra-arrest (i.e., preservative) hypothermia via high-volume, ice-cold saline infusion. Although such an approach isn’t presently a standard of care, this appears to be a physiologically justified therapy for patients for whom we have no other proven therapies to offer.

Conclusion
Each of us has a responsibility to our patients to ensure that they receive the highest quality care. For out-of-hospital cardiac arrest, this means developing the mechanisms necessary to ensure that patients are transported to hospitals where they can receive therapeutic hypothermia as part of standardized, post-resuscitation care. It also means continuing to look for ways to improve the standard of care in our own system to best meet our patients’ needs.

This, like past and future improvements to resuscitation care, will undoubtedly be driven from within the EMS community.

Disclosure: The author has reported receiving honoraria and/or research support, either directly or indirectly, from the sponsor of this supplement. FDNY receives grant funding from Philips Healthcare for other research for which Dr. Freese is also the principal investigator.

This article originally appeared in an editorial supplement to the September 2010 JEMS as “Driving Toward “˜Cool’ Resuscitation Care: Following a successful hospital-based hypothermia program, New York begins inducing hypothermia in the field.”