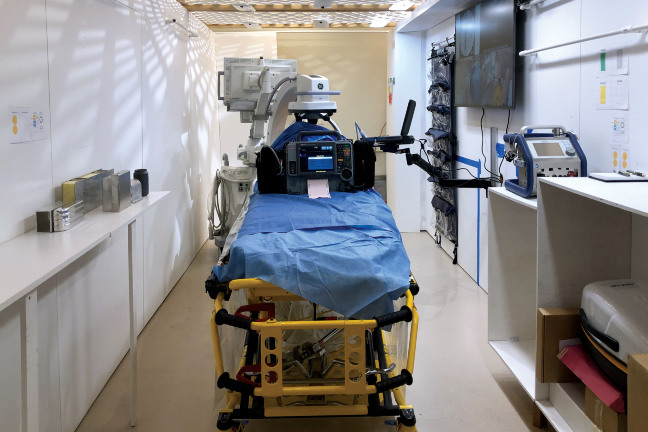 The University of Minnesota system says the creation of the Minnesota Mobile Resuscitation Consortium (MMRC) and its mobile extracorporeal membrane oxygenation (ECMO) vehicles is saving lives.

Related: How Physicians Perform Prehospital ECMO on the Streets of Paris

The MMRC, made possible by an $18.6 million grant from the Helmsley Charitable Trust, aims to save the lives of cardiac arrest patients in scenarios which traditional resuscitation efforts have failed.

“This program carries a message of hope. It is a remarkable effort that brings the University’s incredible resources closer to people’s homes, giving them a better chance at recovery, and, at the same time, training the next generation of physicians,” said Jakub Tolar, dean of the Medical School and vice president for clinical affairs.

In December, specially trained teams began serving people across the Twin Cities by using SUVs equipped with the critical life-support equipment. The SUVs meet the patient at participating emergency departments to be placed on ECMO.

Since the program’s launch, 20 cardiac arrest patients have been served by the MMRC SUV response teams across the Twin Cities – which has exceeded initial expectations.

MMRC is the first program of its kind in the U.S. to serve multiple health care systems.