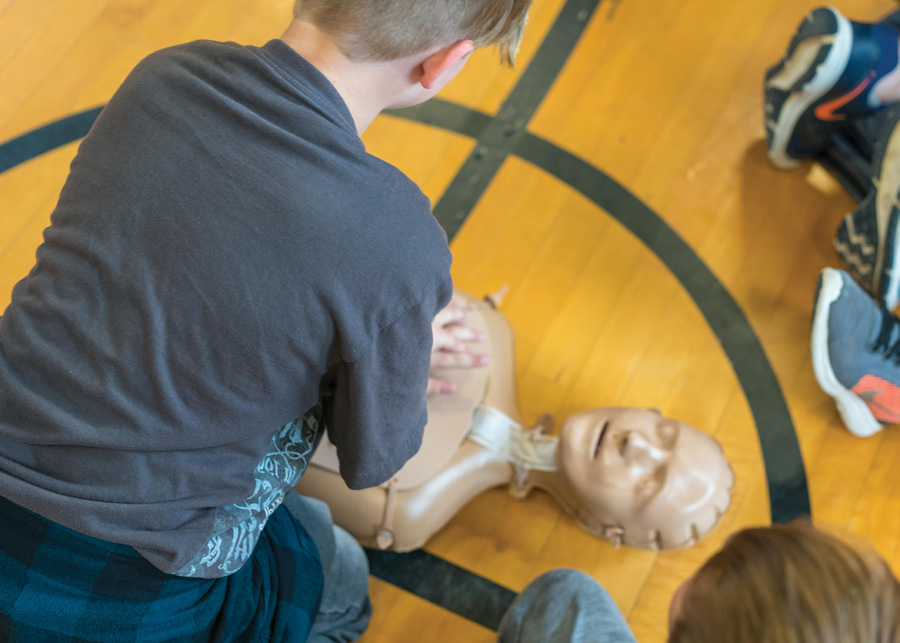 As much as EMS systems focus on delivering rapid, high-quality resuscitation, cardiac arrest survival continues to be a long shot in most communities.

More than 350,000 people a year experience cardiac arrest outside of a hospital and despite enormous advances in resuscitation science, on average only 12% survive.1

A major factor responsible for the overall poor survival rate is the fact that most cardiac arrest victims still don’t receive bystander CPR. This key bystander intervention, if performed immediately, can double or even triple a person’s chance of survival.

The longer it takes between the time someone collapses and the initiation of CPR-and subsequent arrival of trained emergency medical responders-the lower the odds of survival.

Trained emergency responders are already focused on achieving the fastest response possible and doing high-performance CPR, but it’s time to double down on another crucial piece of the survival puzzle: those critical minutes before EMS arrive on scene. Because 70% of all out-of-hospital cardiac arrests occur in the home,2 the focus must be on transforming bystanders (e.g., friends or relatives who witness the event) into lifesaving lay rescuers.

To increase survival rates, the probability that bystanders will step up and take immediate action must be dramatically increased. This means many more people in communities must be able and willing to immediately identify cardiac arrest, dial 9-1-1, locate an automated external defibrillator (AED), and start rapid, forceful, uninterrupted CPR without delay.

As impressive and important as these numbers are, it’s still not enough to assure that someone will be on-hand and ready to intervene when cardiac arrest occurs.

Despite ongoing campaigns that strongly encourage more people to get CPR-trained, including the far more user-friendly “hands-only” version of CPR, we still have a long way to go toward maximizing cardiac arrest survival. 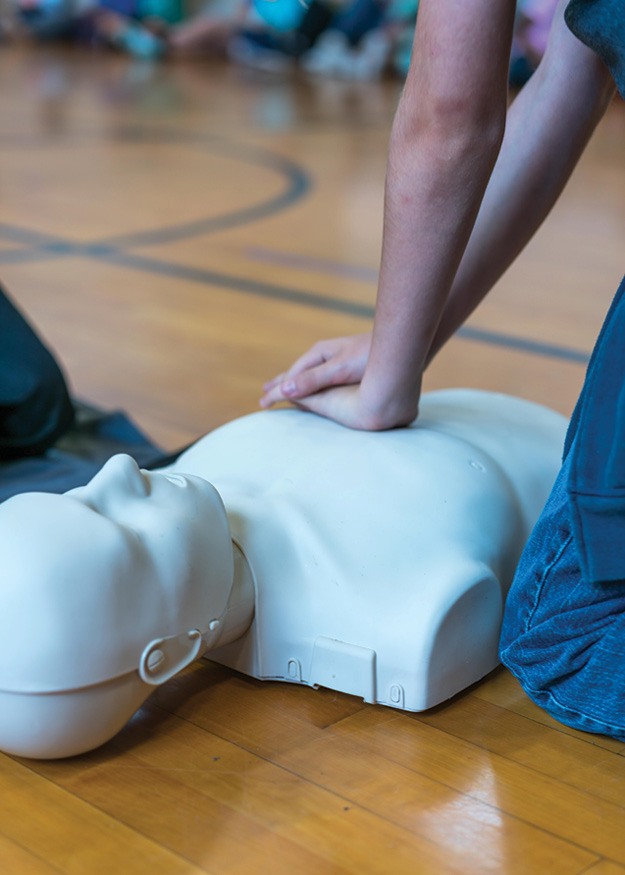 Students can quickly become proficient in CPR, even with brief video-based and skills training.

Part of the answer to solving this puzzle lies in recognizing that CPR training is a crucial life skill that everyone must possess. As such, CPR must become part of American education similar to, for example, the “three Rs”- reading, writing and arithmetic.

Teaching CPR to high school students results in communities saturated with trained bystanders, not just in any given year, but generation after generation. Over time, this will change mindsets and culture around CPR and profoundly increase the number of trained young adults everywhere. Ultimately, it will increase the probability that if a parent, sibling, grandparent or co-worker experiences cardiac arrest, someone nearby will be able and willing to save a life by calling 9-1-1, then starting and continuing CPR until emergency personnel arrive.

The AHA has embraced this approach with the launch of its CPR in Schools campaign. This nationwide advocacy effort began in 2011 with the aim of legislating mandatory CPR training for high school students in every state.

The AHA has worked tirelessly with its local affiliates and other stakeholders (e.g., first responders, doctors’ associations, public health departments and parent-teacher associations) in their effort to pass legislation. All told, 37 U.S. states now require the training for high schoolers, with more on the way. (See Figure 1, p. 51.)

When it comes to cardiac arrest, seconds count and bystanders need to act to save a life. Investing in today’s students creates tomorrow’s lifesaving bystander rescuers and will save countless lives. 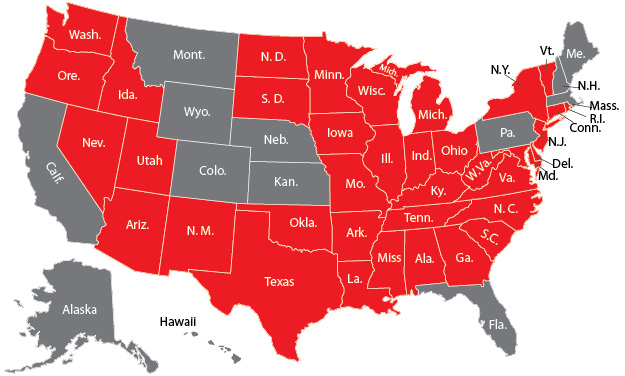 Grassroots efforts to press Arizona lawmakers to pass a bill requiring CPR education in high schools were led by a core team that included Paul Bourgeois, fire chief for the Superstition Fire and Medical District, as well as survivors saved by bystander-assisted CPR, police officers and members of the American Heart Association.

The push to get CPR training to high schoolers in Arizona is a case study in how grassroots activation can overcome resistance in order to achieve an important public health victory.

Last year, the Grand Canyon state became the 32nd U.S. state required to offer CPR training to high schoolers. The Arizona law directs that by July 1, 2019, schools must “provide public school pupils with one or more training sessions in cardiopulmonary resuscitation, through the use of psychomotor skills in an age-appropriate manner, during high school.”1

The goal of the Arizona legislation and similar laws across the country is to combat a deadly cardiac arrest health crisis by transforming bystanders into rescuers.

The legislation signed by Arizona Gov. Doug Ducey offers high school students at least one CPR training session that includes in-person skills practice. It can be taught at school or as a homework assignment outside of class.

“Training students in CPR means equipping more people with the ability to act immediately, appropriately and potentially save a life during an emergency,” said Annie Dockendorff, a spokeswoman for the Arizona governor’s office. In practical terms, the law will result in 60,000 high schoolers graduating annually with these lifesaving skills.

But the victory didn’t come easily. In fact, it took several years to convince lawmakers and school officials around the state that the training wouldn’t add to the responsibilities of already overburdened teachers and administrators.

Paul Bourgeois, fire chief for the Superstition Fire and Medical District, located on the east side of the Phoenix Metro area in Pinal County, was a core member of the team that rallied to press state lawmakers. The team also included survivors saved by bystanders who performed CPR, police officers and members of the American Heart Association.

“We did a legislative day where we had a game plan to blitz the lawmakers down at the capital,” he said.

“I was able to share with lawmakers some real-life experiences of where we’ve revived people successfully and saved lives. That was due in part to the effort of well-trained bystanders on the front end prior to our arrival. I think all that testimony together helped our cause,” Bourgeois said.

The other factor that helped push the law over the goal line was that the proponents stressed the simplicity-and minimal time commitment-of learning CPR. This helped overcome resistance from teachers worried about the burden.

“You can teach someone hands-only CPR in a matter of about 30 seconds now,” Bourgeois said.

For states pushing similar laws for high schoolers, Bourgeois advises getting various teacher groups on board early in the process. “The sooner you can get a teacher association on board, the more successful you’re going to be,” he said.