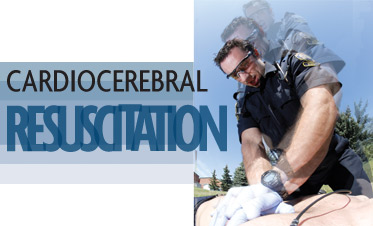 JEMS Clinical Review Features
This clinical review feature article is presented in conjunction with the Department of Emergency Medicine Education at the University of Texas Southwestern Medical Center, Dallas.

Glossary Terms
Deleterious:Having a harmful effect on the health of the body.
Gasp:Opening the mouth to take in a short, convulsive breath.
Intrathoracic:Within the chest.
Perfusion:The delivery of oxygen and nutrients via the bloodstream to organs and tissues.

Your department prides itself on its emergency medical care. But is your EMS system really on top of its game? As far as survival rates go, it_s often difficult”žto tell because many patients who suffer a cardiac arrest have little or no chance of survival, no matter what you do. An important indication of how well an EMS system is doing is the survival rate of the patients most likely to survive: those with witnessed out-of-hospital cardiac arrest (OHCA) and an initially shockable rhythm. Agencies must know how many of their OHCA patients survive to hospital discharge. Simply knowing how many patients get return of spontaneous circulation (ROSC) isn_t good enoughÆ’many of these patients will never leave the hospital alive.”ž

If your community is following the CPR and Emergency Cardiac Care (ECC) guidelines and already have high success rates, congratulations! You must be one of the few communities to have a high prevalence of bystander CPR and short EMS response times averaging five minutes or less. These are the two major criteria that have historically determined the success of systems following the American Heart Association (AHA) guidelines.

However, if your survival rate at hospital discharge is in the teens or lower, then your EMS system may be following the”ž2000 AHA and International Liaison Committee on Resuscitation (ILCOR) guidelines like we were in Arizona and Wisconsin. Our poor rates prompted us to find a new approach to cardiac arrest cases.

“Cardiocerebral resuscitation” (CCR) was our answer. After implementation in our system, neurologically normal survival rates rose to almost 40%, and hospital discharge rates increased to nearly 45% for patients with a witnessed collapse and shockable rhythm. These enviable survival rates were obtained despite the fact that our bystander CPR rates were far from optimal and our average response times were between six and eight minutes. It has recently been shown that survival rates with CCR are not only better than those obtained with the 2000 guidelines, but they_re also better than most agencies using the 2005 guidelines (Figure 1). For EMS systems using this new technique, the days of “therapeutic nihilism” (doing more harm than good) are over, and EMS personnel are again excited about their work.”ž

Bystander Involvement
Early recognition of cardiac arrest is important but often delayed because many patients initiallygasp. Although not emphasized in the guidelines, gasping (i.e., agonal breathing) occurs in more than 50% of victims for the first few minutes following the onset of cardiac arrest.Gasping has been described as snoring, gurgling, snorting or moaning or as agonal, labored, noisy or heavy breathing.”ž

An all-too-common occurrence is that a bystander witnesses an unexpected”žcollapse, but the person is gasping so the cardiac arrest goes unrecognized. Or the bystander calls 9-1-1, only to be asked, “Is the person breathing?” Unfortunately, if the patient is gasping, the answer is often in the affirmative. It_s only minutes later when the patient stops gasping that the cardiac arrest is recognized. Because of this phenomenon, what 9-1-1 dispatchers should be asking is whether the patient is responsive to the recommended “shake and shout” or a forceful sternal knuckle rub.”ž

Another aspect of bystander involvement is how and when ventilations and compressions are instituted. Assisted ventilations are necessary for respiratory arrest, and are probably necessary in unwitnessed primary cardiac arrest and in patients with witnessed cardiac arrest who don_t initially have a shockable rhythm. But active ventilations are not needed and are harmful in patients with primary cardiac arrest. The arterial oxygen content of these patients is initially sufficient for several minutes of CCC. In subjects who gasp, the arterial oxygen content remains adequate for as long as the patient receives chest compressions and continues to gasp.”ž

But if there_s more than one person on the scene, should one of the providers perform assisted ventilations while the other does CCCs? Surprisingly, the answer is no. During cardiac arrest, chest compressions result in only marginal forward blood flow at best. Gasping results in a negative pressure inside the chest that not only causes air to enter the lungs but also enhances blood return to the chest and heart, which improves subsequent cerebral blood flow. On the other hand, positive pressure ventilation increases the pressure inside the chest,decreasingblood return to the chest and subsequent blood flow to the brain.“ž

When training the public, emphasize that any person who collapses suddenly, is unresponsive and isn_t breathing is normally a cardiac arrest victim. Many subjects who receive good quality CPR will continue to gasp. This means they_re providing physiologic ventilation, which is ventilation with decreased”žintrathoracicpressures, so that assisted positive pressure ventilation is not necessary.”ž

Delayed intubation:If you_ve been a paramedic for a while, this would probably be the most confusing aspect of CCR for you. Once the mantra of an experienced provider, “prompt intubation” is not indicated in patients with witnessed arrest and a shockable rhythm until after the patient has ROSC. Even assisted ventilation with an advanced airway is not indicated until the first 200 chest compressions and an analysis reveals a non-shockable rhythm.”ž

In contrast to patients with witnessed arrest and a shockable rhythm, patients who do not have a shockable rhythm after the first 200 chest compressions and who are not gasping might need positive pressure-assisted ventilations with a Combitube or other form of advanced airway management. Such patients have a poor prognosisÆ’with only 1à3% surviving to hospital discharge.”ž

Until recently, “death by hyperventilation” was not uncommon.”žIn the frenzy of a cardiac arrest, both physicians and paramedics tend to hyperventilate patientsÆ’delivering an average of 37 breaths per minute. Hyperventilation can easily negate the benefits of assisted ventilation in this subgroup of patients with OHCA. Thus, if ventilations are used, the rates should be slow (two to six per minute) and volumes small. Also, initial airway management should be delayed until a second rescuer is available and is initially limited to placement of an oral-pharyngeal airway and administration of oxygen by non-rebreather mask. This was initially referred to as passive oxygen insufflation (POI), but “passive ventilation” is perhaps a better term.”ž

Insertion of an advanced airway and assisted ventilation are not performed in those with persistent or recurrent ventricular fibrillation (VF) until either ROSC or until after three cycles of 200 chest compressions, each followed by an analysis and a single shock if indicated. The exception is if gasping is present. In such patients, advanced airway or assisted ventilation is not necessary until the gasping has stopped. Patients with ROSC are often intubated prior to transportation.”ž

Compression technique:Avoiding interruptions of chest compressions during resuscitation efforts is critical. Remember, your hands are their heart. If you stop chest compression for any reason, blood flow to the brain stops.

If only one responder is on the scene, the AED pads are applied before chest compressions are initiated in an effort to minimize the pause between stopping compressions and the defibrillation shock. AEDs with voice prompts to interrupt chest compressions for ventilation need to be reprogrammed or their voice instructions ignored.

The Logic Behind It
A major contribution to the field of resuscitation science was the description of the three-phase time-sensitive model of untreated VF: the electrical, circulatory and metabolic phases. During the first five minutes of VF, the most important therapy is prompt defibrillation. That_s why AEDs have been shown to be effective and why cities that have average EMS arrival time of five minutes or less have high survival rates.”ž

It should be noted that this electrical phase can be prolonged with bystander CPR. However, after four or five minutes of untreated VF, the heart has decreased energy stores, the right ventricle expands and the left ventricle is underfilled because of blood volume shifts. In this situation, defibrillation most often results in a non-perfusing rhythmÆ’asystole or pulseless electrical activity. Thus with witnessed collapse, immediate defibrillation is indicated.”ž

If the arrest is not witnessed by EMS, they should apply 200 chest compressions before and immediately after a single defibrillation shock. The third phase of untreated VF is the metabolic phase, beginning after about 15 minutes of untreated VFÆ’a phase where new approaches are needed. The duration of each phase can be altered by intervention or conditions, such as temperature.”ž

Need More Convincing?
To date, three major studies have compared the hospital discharge rate of patients with witnessed OHCA and a shockable rhythm, as well as contrasting survival to hospital rates before and after initiation of CCR. The first report was from Rock and Walworth counties in Wisconsin. In this study, the neurological intact survival increased from 15% to 39% and the overall hospital discharge rate increased to 45%. The second report from Kansas City, Mo., was recently published in”žCirculation. Using a modification of guidelines nearly identical to CCR, their neurologically normal survival was 38%. The third study was recently completed in Arizona. Again, the survival of these patients was 38% with CCR. This rate was significantly higher in the patients who were ventilated with passive oxygen insufflation (or passive ventilation) rather than active bag-valve mask ventilation.”ž

Cardiocerebral resuscitation significantly improves survival in EMS systems that have arrival times greater than five minutes. Encouraging the earlier recognition of cardiac arrest, the early institution of bystander chest compressions only, and a system of optimal post-arrest care will increase the number of lives your EMS system saves each year.JEMS

Bentley J. Bobrow,MD, works in the department of emergency medicine at the Mayo Clinic Hospital and the Arizona Department of Health Services, Bureau of EMS and Trauma System, Phoenix.

Acknowledgement:We thank the hundreds of county sheriff and municipal law officers who function as first responders. We thank the paramedic/firefighters in Wisconsin and Arizona for their dedication and the sacrifices they make daily in the line of duty.