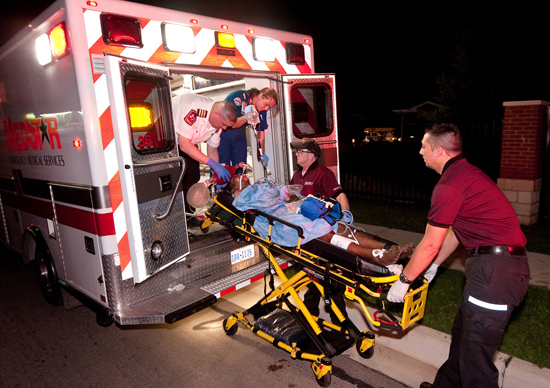 Patients with significant burns are prone to hypothermia due to the loss and degradation of skin–a large component of thermoregulation in the body. With the hallmarks of burn care centering on aggressive, calculated isotonic fluid administration, dressing wounds, pain management and rapid transportation to the appropriate care facility, thermoregulation often goes overlooked. As with all trauma patients, maintaining a near normal body temperature is key to promote normal body function and clotting. The question, then, is how well are we maintaining temperatures, and are there factors that make patients more prone to hypothermia?

Methods: Researchers from the Department of Emergency Medicine at the University of Pittsburgh retrospectively reviewed statewide databases of burn patients admitted to burn centers by EMS in Pennsylvania from January 2000 to December 2011. Only patients with significant burn injuries were reviewed, including patients with greater than 10% total body surface area partial thickness burns, full thickness burns, chemical or electrical burns, or burns to critical areas. Patients who had no documented burn percentage, transfer patients or patients declared dead on arrival were excluded.

Discussion: As you can see from the data, large burns mean big-time hypothermia. Adjusted mortality increased in patients who presented hypothermic to the ED as well, although patients with significant burns are at an increased risk of mortality anyway.

Conclusion: Sometimes it’s hard to extrapolate much from raw data, but there’s much to be gained here. Keep patients covered, keep fluids warm and get patients out of the elements rapidly. With advancements in care on all levels, we need to remember the basics, including keeping our patients warm.

Bottom Line
What we know: Hypothermia, hyperkalemia and tissue death are all associated with severe burns, with each contributing to the overall mortality of burn patients.

What this study adds: Patients with large body surface burns, elderly patients, and patients exposed to the elements for long periods of time are more likely to be hypothermic, and therefore need to be monitored more closely.