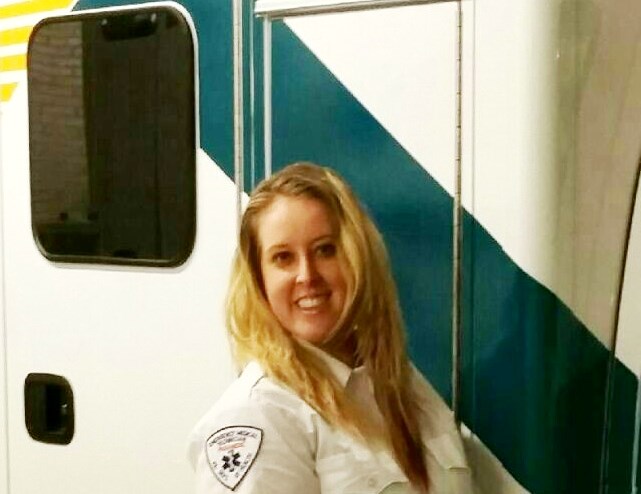 Sepsis is a disease process that has been on the forefront lately, especially in the EMS community. Prehospital professionals are trained to recognize the symptoms, such as tachypnea above 22 breaths per minute, fever, tachycardia above 90bpm, and a possible source of infection.

Thanks to special emphasis by JEMS in a far-reaching special sepsis section in September that points out how effectively prehospital providers are able to identify sepsis in the field, hospitals around the U.S. are now developing sepsis protocols and working with EMS providers to institute prehospital alerts to join the ranks of trauma, STEMI and stroke alerts.

As a paramedic with multiple nursing facilities and smaller cities within my coverage area, I have come to the ideology that, until proven otherwise, sepsis is a suspect in many of my cases that present with the symptoms listed above.

On average, I transport about 10 patients each month who are found to be septic. So, to say that it’s constantly on my mind during my assessment of patients is an understatement. I believe that I’ve gotten pretty good at recognizing sepsis, just like I’m sure many of my other co-workers and fellow EMS professionals have, as well.

Three years ago I developed an abscess, a tender and firm lump that can be felt in the tissues near or around the infected area. If you can see the abscess on the skin, it is usually red, swollen and tender when touched. A fever may develop in addition to the pain present. Although diabetics are more prone to the type of abscess that I had, anyone can have bacteria enter the skin through a tear in the skin.1

My abscess was found to be infected with Staphylococcus lugdunensis–not your typical staph infection that one thinks of. Even the doctor was surprised.

For the first three days after visiting my physician and having the infection diagnosed, it was the standard wait-and-see, with warm baths and a prescription for Bactrim. When the pain started to become more intense, I scheduled an incision-and-drainage (I&D), which was successful. I was told to continue my schedule of Bactrim, change out the wound packing daily and given Percocet for the pain. Because I had to work the next day, I only took a half-dose of the narcotic and went to sleep around 2200 hours.

At approximately 0330, I woke up with intense joint pain, dizziness that was present whether I was sitting or standing, shortness of breath, feverish chills and feeling as if a truck had run over me. I managed to get myself to the ED on my own, and was admitted for sepsis after blood tests came back positive. Following a three-day stay, I was discharged and considered myself “cured.”

Fast forward to three weeks ago–three years since my original abscess and sepsis–and I once again developed an abscess. Now knowing what to expect, I returned to my doctor, was prescribed oral Clindamycin and told that the wound was already draining. Cultures came back the next day positive for E. Coli.

Continuing the antibiotics that were prescribed, and with the wound healing, I mistakenly believed I was getting better. However, over the course of the next few weeks, I just never fully felt whole.

After taking oral antibiotics for 10 days, the working theory my healthcare team had was that, while the oral Clindamycin may have initially healed the skin around the abscess, it didn’t actually touch the E. Coli. I have learned that while Clindamycin is a broad-based spectrum antibiotic, it’s not really indicated for E. Coli. So my doctors believe that I was essentially “incubating” the E. Coli for close to three weeks until it finally came to a head.

I experienced migraines, felt feverish and had a general feeling of malaise. I began to wonder if I had perhaps contracted the flu. After all, flu presents similar symptoms and I was taking antibiotics that wouldn’t touch a flu virus. So, I felt flu could be a possibility.

Needless to say, when I began to experience the same nagging symptoms I had three years ago, I thought to myself “well this can’t be good.” It turns out that I was correct and required hospitalization once more.

While on shift that night, I awoke from a nap with shortness of breath, feeling feverish, sweating and pain everywhere. Even my hair hurt!

Being proactive, I ran a 12-lead ECG on myself, which revealed just sinus tachycardia with a heart-rate of 124. My blood pressure was 128/76, which may seem normal to many people, but I normally have a systolic pressure in the 96 to 112 range, so for me, this was hypertensive.

I had a temperature of 100.2 F, my respiratory rate was 36 and, when I would attempt to slow it down, squeezing chest pain would develop. Capnography revealed wide box-forms, with a CO2 reading of 25. At this point, I conceded to my symptoms and had my partner drive me to the hospital.

Orthostatically, I would experience profound dizziness and nausea with any movement, whether sitting or standing. My heart rate increased from my baseline in the 70s to over 120, at some points going to 140 if I stood for too long. This prompted continuous monitoring and assessment of my troponin levels at the hospital.

After ruling out a pulmonary embolus (PE) via CT scan, it was determined that my white blood cells (WBCs) were at 15,000 and my lactate was at 2.4 mmol/L. I began to have shortness of breath and was administered Albuterol via nebulizer.

My co-workers and fellow colleagues have been asking me if I am feeling better and my answer is a qualified “yes” because, compared to my initial presentation, I absolutely feel better. But, as I continue to recover and remain on a constant dose of antibiotics, to be honest, I still feel like crap.

I find myself experiencing a constant haze, as if I can’t quite think clearly, and am still experiencing some shortness of breath when climbing stairs, prompting me to take it slower than normal. But I am on the mend.

I, as well of my hospital health team, consider my knowledge and fast recognition of sepsis to have given me such a good prognosis. I’m luckier than most of my patients and, considering that sepsis has been recognized as one of the leading mortalities facing the population today, I’m thankful to not have been one of those statistics.

Take-away Message for my EMS Colleagues

My take-away is this: Knowing the symptoms of sepsis and septic shock is helpful in detecting this deadly disease process in the field, but we as providers must also recognize that we aren’t immune to it ourselves. Be on alert for sepsis every day–in patients, those you work with, and yourself.

Jessica Edwards, NRP works in Pennsylvania for multiple EMS agencies and is an active EMS educator. She has also worked internationally in Israel. She can be reached at jessin.edwards@gmail.com