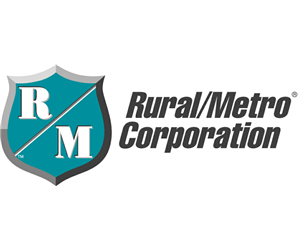 Citing an estimated $735 million in debt, declining revenues from collections and on-going financial setbacks that eventually impacted its operations, Rural/Metro Corporation sought relief under Chapter 11 bankruptcy Aug. 4. The Scottsdale, Ariz.-based ambulance company negotiated a bankruptcy proposal with lenders and select noteholders to significantly cut debt and obtain a new infusion of equity capital, according to a press release from the company.

The filing states that Rural/Metro will receive a $75 million “debtor-in-possession” loan from Credit Suisse Group AG that would help it continue operating while under bankruptcy protection. Credit Suisse arranged the loan financing for Rural/Metro’s leveraged buyout with Warburg Pincus. Bondholders for the company have pledged an additional $135 million in the fourth quarter of this year to complete the financial restructuring.

According to the petition, Rural/Metro has until Sept. 15 to submit a reorganization plan. The bankruptcy petition includes more than 50 affiliated agencies–primarily ambulance transport providers–from across the country.

The press release states that the financial restructuring process will “help ensure that Rural/Metro can continue to invest in its business, meet the needs of customers, patients and communities, and further improve service.” It further pledges that operations are expected to continue as normal throughout the process.

Scott A. Bartos, Rural/Metro’s new president and chief executive officer (CEO), says, “This agreement is good news for Rural/Metro and for the clients and communities we serve. We have a solution that keeps our operations moving forward while cutting our debt in half. The significant infusion of new capital by our lenders underscores their confidence in the value of our business, and will help ensure that we have a strong financial footing to resume growth and investment while honoring our agreements and continuing to provide outstanding service and patient care.”

How Did Rural/Metro Get to This Point?

Moody’s reports that the negative outlook reflects Rural/Metro’s “highly leveraged capital structure and weak liquidity position,” as well as reduced earnings, negative free cash flow and acquisitions that have resulted in the use of a majority of its revolving credit.

for Gambro Healthcare/USA, the second largest operator of kidney dialysis clinics in the world.

Unfortunately, efforts to right the ship were too little, too late.

Rural/Metro was founded by newspaper reporter Lou Witzeman in 1948, after he watched a neighbor lose his house to a fire because there was no fire service for their rural neighborhood outside Phoenix. Witzeman encouraged his neighbors

Some analysts believe Rural/Metro’s financial troubles began in 2002, when a group of current and former Scottsdale firefighters filed suit against Rural/Metro and national accounting firm Arthur Andersen, charging that between 1996 and 2001, the ambulance provider had “concealed its true financial condition for years and, as a result, cost the employees their retirement savings,” according to charging papers.

After that, Rural/Metro was forced to take a massive write-off over aging receivables, and it dismissed the accounting firm. Although the company did not file for bankruptcy, it continued to struggle financially, taking on additional debt in the form of secured and unsecured bonds. The interest on one of these series of unsecured bonds, similar to a mortgage balloon payment, is the missed July 15 payment.

Rural/Metro was acquired by Warburg Pincus LLC in a leveraged buyout that, according to Moody’s, was financed with $213 million in equity and the sale of $515 million in debt.

One week before the July 15 payment was due, four of Rural/Metro’s independent board members abruptly resigned, leaving current negotiations to a smaller board.

Industry insiders believe that, ultimately, bankruptcy will be a good thing for Rural/Metro. The reduction of debt and infusion of cash will allow the company to continue operations and provide enough breathing room to make changes needed to reduce its debt. It’s possible the company will sell off some of its holdings. One option bankruptcy provides is to modify collective bargaining agreements with employees. Rural/Metro has been the subject of a couple of public labor disputes, including an eight-hour strike by Teamsters Local 375, in New York State, which ended in a signed contract.

In the meantime, it’s business as usual for Rural/Metro.