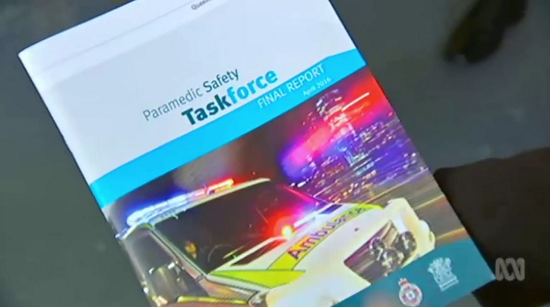 ABC News – The fight to protect frontline ambulance and health workers has been boosted with the delivery of new safety initiatives, which include training them to deliver a chemical knock-out to dangerous patients.

The task force into occupational violence was set-up to find ways to reduce violent attacks on frontline ambulance and health staff.

In 2015, more than 3,300 Queensland paramedics and health staff were assaulted while doing their jobs.

Sedation was one of the 15 recommendations made in the task force’s final report, which was handed down today.

The drugs would subdue a person within 10 minutes.

Patient Safety director Tony Hucker said sedation would only be used if other forms of restraint had not worked.