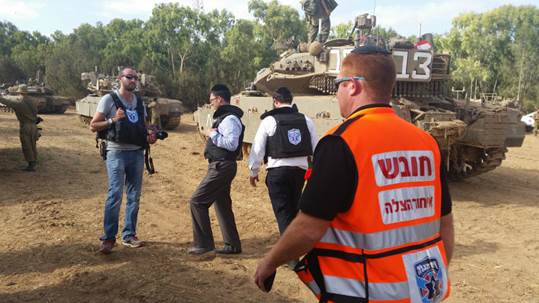 As the two-year anniversary of Operation Protective Edge draws near, Israel’s national volunteer EMS organization, United Hatzalah, has implemented numerous changes on the operational and organizational levels as a direct result of lessons learned from incidents that occurred during the conflict.

The biggest change that the organization has undertaken since the conflict has been to steadily increase the number of volunteers in the southern region. The increase in manpower specifically in the areas hardest hit during the conflict will enable the organization to respond faster to any medical emergency that arises on a regular basis as well as in a time of conflict.

The biggest influx of volunteers has been thanks to Team Daniel, a group of donors in Chicago who are sponsoring 100 volunteers in the south in memory of Daniel Tragerman, a four-year-old boy who was killed towards the end of the conflict. Other additions have included a specialized EMT course that was offered to the civilian-military-liaisons of the towns in the Gaza periphery.

“The addition of extra EMTs in the region, both private individuals as well as the civilian-military-liaisons has already shortened response times and the saving of lives in the area,” said Head of the Negev chapter Yisrael Rubinstein.

Additional personnel is only a small part of the story. Other innovations include the use of new medical equipment that is more efficient in saving lives than previous models. Items such as the Combat Application Tourniquet (CAT) are about to be distributed for widespread use among United Hatzalah medics throughout the country. 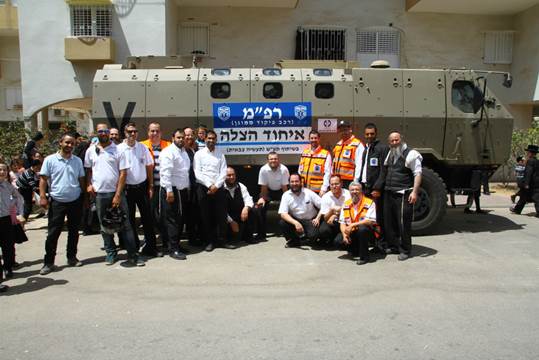 Another change has been in the cooperative and collaborative efforts put forth by the organization in working with the Israeli Defense Forces and the National Emergency Management Authority  (RAHEL). These collaborations are aimed at raising the level of preparedness for any national emergency.

“We hold cooperative drills and training exercises with the IDF on a continual basis,” said Avi Marcus, the Chief Paramedic of United Hatzalah. “Our volunteer EMTs, paramedics, and doctors learn how the military medical emergency personnel operate and they learn from us. Recently we held practice drills with the IDF’s elite search and rescue unit 669, as well as other elite units, and more are planned for the future”.

In addition to liaising with security forces, United Hatzalah has been working closely with the city and regional councils in the south to create a network of preparedness for emergency medical response volunteers. “We have been working with cities such as Sderot and Be’er Sheva, as well as the Eshkol Regional Council, to put plans in place to allow for faster medical responses in the eventuality of a regional emergency,” said Shmulik Avraham, Director of Emergency and Security Operations for United Hatzalah.

“In Be’er Sheva, the city gave us one of the bomb shelters to use as regional command center for the volunteers from that chapter. The safety of our volunteers is one of the areas in which we have made huge strides since the war. In addition to the new command center we have purchased additional protective helmets and vests so that our medics who head into the field under fire will have the best protection available,” added Avraham. “This was one of the biggest lessons we learned early on into the operation, that our medics needed protection just as much as the people whom they were helping.” 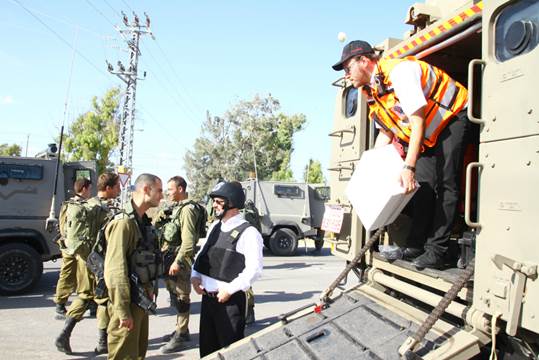 During the operation, United Hatzalah teamed up with Israel Military Industries (IMI) and outfitted a versatile “Wildcat” Armoured Personnel Carrier (APC) that can act as both a fighting vehicle and as a medical ambulance. The refitted APC ensured the safety of volunteers in areas that came under fire. The vehicle, which was introduced during the war, was the first of its kind. It has since been replicated so that in future conflicts the IDF will immediately team up with the emergency medical personnel from United Hatzalah and other organizations and will be able to provide an active medical response in conflict zones. United Hatzalah Founder Eli Beer said that during the operation the vehicle was used as a mobile command center, transporting volunteer EMTs to the scenes of medical emergencies as well as delivering medical supplies and protective gear. The vehicle was instrumental to providing safe travel for volunteer emergency medical servicemen and women who were working in the Gaza Periphery during the war. Tzvika Fuchs, an engineer from IMI and the driver of the APC during the war, said “the faces of the citizens lit up whenever they saw the vehicle and the medical volunteers approaching.” 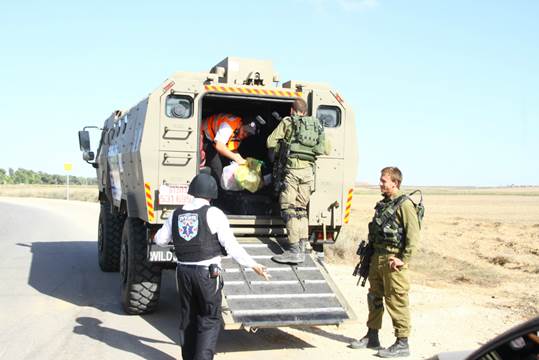 Another aspect of the war was the psychological treatment of the EMTs who worked under stressful conditions and who dealt with traumatic situations. Following the culmination of the war, United Hatzalah brought all of the EMTs, paramedics, and doctors who served in the hardest hit areas together to discuss the difficulties and traumas that they faced and, encouraged the EMS volunteers to talk about their experiences. Psychiatrist Dr. Tzachi Ben Zion lead the first meeting for the Ashdod chapter of United Hatzalah volunteers, which was held shortly after the war ended.

The organization provided the volunteers themselves with emotional and psychological support following the period of conflict and has developed new protocols for continuing support of this kind following all such events. The responsibility for such treatment falls on the shoulders of the newly formed psychotrauma unit, which graduated its first class of volunteers this past May.

Founder of United Hatzalah Eli Beer said, “We recognized during and after the operation that our volunteers were going through some very traumatic emergency calls. We felt then, and we feel now, that we have to provide a professional way of dealing with such situations for our volunteers should the need arise again. We have put the pieces in place that should a large scale conflict occur again in the future, heaven forbid, our medics will be well equipped in all senses of the word.”

Beer recalled that one of the EMTs said at the meeting, “My wife was worried because when everyone is running to their safe room, I was running out the door rushing to help.” Beer said that this is the spirit of the organization. “When people are running away from danger our volunteers are running to help whomever we can wherever we can. We will continue to do so in a way that ensures the safety for our volunteers and allows them to treat the people who need medical help in the fastest way possible. We are a community based organization, and when a community, any community, is in trouble we will be there to help them, no matter the situation around us.”